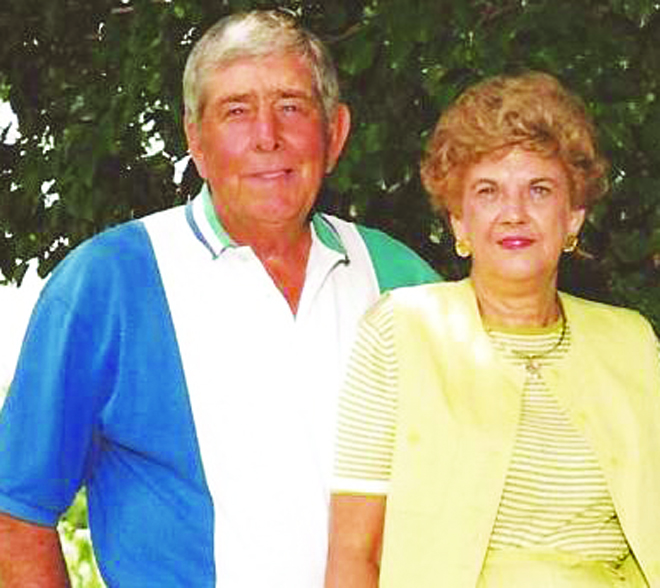 This is the eighth in a series highlighting the people and organizations behind the named scholarships administered by the Davie Community Foundation.

This week we highlight two scholarships focused on student athletes. Two students from the Class of 2022 left for college with an investment from its community through these scholarships.

“We believe young people need to know something about the people or organizations for whom their scholarships are named. Hopefully, they will feel even more motivated to succeed,” said Jane Simpson, president and CEO of the foundation.

James Illing was a football fan actively involved with sons Doug and Chad’s sports throughout his life. He was a Little League Football Coach who fashioned his coaching style after Bear Bryant and Vince Lombardi. James was serious about the game, to say the least.

Doug Illing, Davie High Football Coach from 1996-2014 remembers: “Dad was a good coach, but the rides home were the worst. He was always hardest on me and would critique my play the entire way home.” 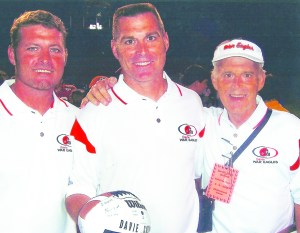 During Doug’s senior year in high school, his dad decided to go back to college. They went to separate schools but graduated from college together in 1986.

“Dad came to every game and found his way into pregame warm-up drills,” said Doug. “We finally gave him a shirt, hat and job keeping stats on where every pass was thrown during a game so we could chart the offensive plays. He was more than happy to assist with anything that would help the team perform better. The rides back from away games were always memorable. It was dark in the van, but you always knew where James Illing was by his laugh. It was infectious.”

After a lengthy illness, James died in 2011. Family and friends established his scholarship to remember a man who gave so much of himself to make young men better players, but more importantly, better people with good moral character and a dedication to being the very best.

C.W. and Barbara Allen grew up in Davie County and lived here all their lives. CW graduated from Mocksville High School and Barbara from Shady Grove High School. They first met at the Mocksville Picnic in 1955 and were married in November of 1956. The Allens enjoyed 51 years of marriage and raised three daughters: Tammy Fleming, Kimberly Davidson, and Kandace Plott. They were blessed with eight grandchildren.

C.W. was a dairy farmer and owned a grading and excavating business. He semi-retired in 1997. Being an avid golfer, he spent his retirement on the course.

In 2005 CW and Barbara were honored with a gift to create a fund at the foundation in their names. When CW passed away in December 2007, the family directed memorials to the CW and Barbara Allen Fund, and in the spirit of CW’s favorite pastime, several golf tournaments were held in his memory to raise money for the scholarship.

The Davie Community Foundation Inc. “inspires philanthropy to strengthen Davie County for present and future generations.” The foundation is working to promote a spirit of giving in our community and build a permanent endowment that is invested forever. Earnings from the endowment will benefit Davie County organizations and projects that are important to you. The Foundation accepts gifts in any amount, at any time: for an existing fund, the Community Scholarship Fund, or the Davie Community Impact Fund.

A variety of options for establishment of named funds in honor or memory are also available.