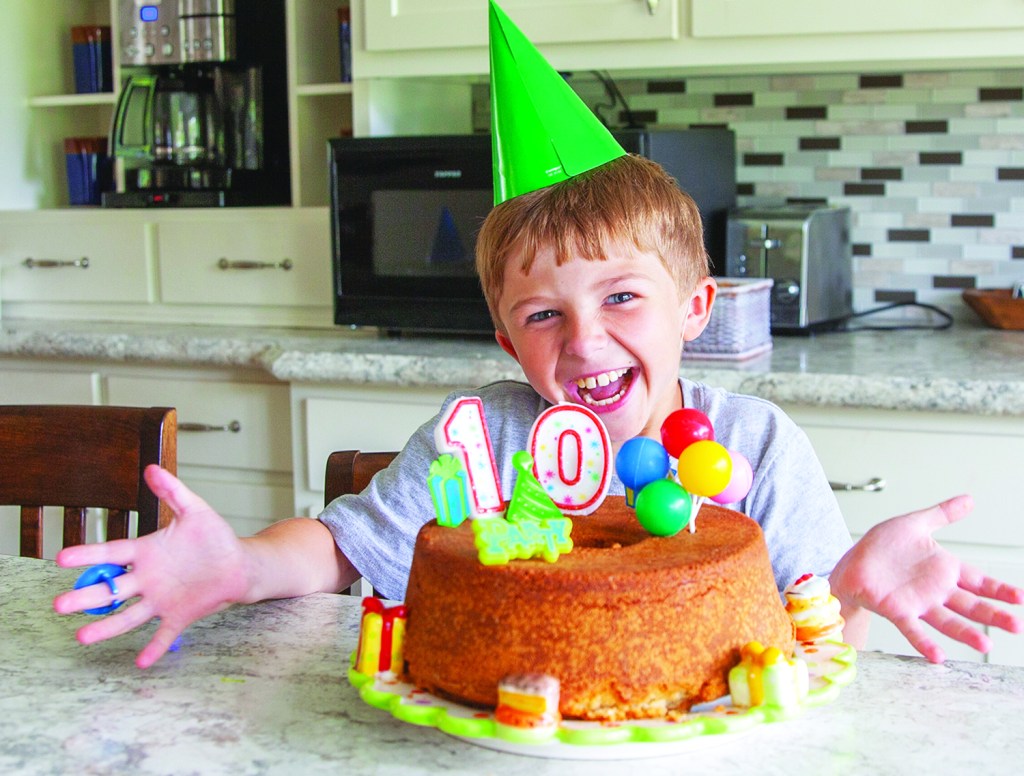 Landen Spry turned 10 Aug. 16, and will enter the fourth grade.

Normally, parents will ask their child what kind of cake they want, but since he has had his hands in a mixing bowl since the age of 2, he wanted something different.  “I want to bake my birthday cake,” was Landen’s request to his grandmother, “Gran Anne” Spry.   She has been by his side through the years, teaching him how to bake, and he’s good at it, too. He even mastered cracking an egg this time.

What kind of cake did he bake?  “Normal, nothing fancy.  I don’t like sweet.” Icing gives him a headache so the cake had a beautiful brown crust and was colorful with decorations on top.

As we were having a little chat he nibbled on the best part of any pound cake, the bottom crust.

Gran Ann and he spend time together at the beach and she has taught him how to fish and catch crabs with a string.

He had a great time at Camp Manna this summer.  He camped, fished, had fun in the lake and archery was a favorite.

Landen received a bow as an early gift. He celebrated in Winston-Salem at a Japanese restaurant with family. He ordered his favorite, shrimp.

There were four birthdays in the family the same week as Landen’s.

He is sharing his cake with his Aunt Laura Spry, she won’t notice the tiny bits missing at the bottom because it was baked by her 10-year-old nephew that has a million dollar smile.