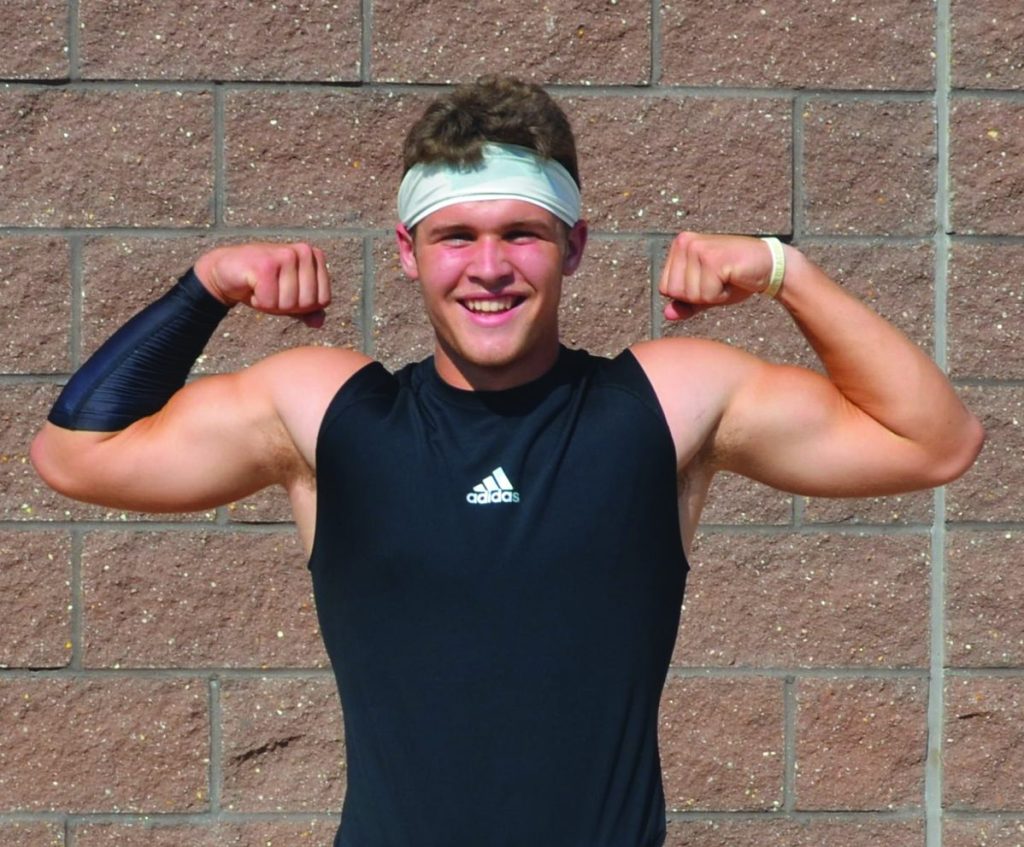 Last year Davie’s offense put up 39.8 points per game, 62 touchdowns and scored 21-plus points in nine of 11 outings. With talents like quarterback Ty Miller, running back Markel Summers and receiver Brodie Smith, the War Eagles should be able to keep the offense humming in 2022.

Miller, a 6-2, 195-pound junior, has the perfect quarterback profile for a spread offense. He blends a big arm with great wheels. In other words, he is a stud.

The truth is Miller was ready for varsity as a sophomore, but he had to bide his time behind Alex Summers, who delivered one of the greatest passing careers of all time, ranking tied for third in career TD passes (44) and fourth in career completions (353) and career passing yards (4,504). Miller got scarce playing time on Fridays, attempting just seven passes while completing six of them. Forced to play on Thursdays, he was a man-child on the JV team.

But A. Summers is gone and now it’s Miller Time.

“Our offense is going to be a little different just due to the fact that we have a dual-threat quarterback,” head coach Tim Devericks said. “We have some different things that we’re doing this year because of what he’s able to do.”

Coaches gush about his ability to beat the defense in different ways. He can plow between the tackles. He can be an east-west threat outside the pocket. And he can sling it all over the place.

“Man, there’s something new every day that makes you go: ‘Holy cow,’” Devericks said. “Whether it’s throwing off platform or making a read or a little subtle movement that looks so effortless and his athleticism takes over.”

“He’s really starting to understand the offense and make plays with his arm and his legs,” offensive coordinator Matt Gould said. “We were joking when we were watching film today. Coach Nick (Blaine Nicholson) was standing about 45 yards back and he still got a post thrown behind him, so Ty can definitely make any throw. (Nicholson) thought he was out of range and wouldn’t affect the play. One of his strengths that we haven’t had in a few years: If the pocket breaks down, he’s able to make a play with his legs or his arm if something opens up downfield. He’s one of the best athletes on the whole team. I mean, if he wasn’t as good at playing quarterback, we could put him at receiver or safety and he’d be one of the best receivers or safeties that we have.”

The War Eagles’ potential headache: If Miller goes down, the backup QB is a mystery. So they will keep their fingers crossed and hope Miller can stay healthy. If he does, it’s going to be fun to watch.

“He’s learning to take what the defense gives him and not try to use his arm (strength) every single play,” Gould said. “I think where he’s shown the most growth is being willing to take those 5- and 10-yard completions and take the big plays when they present themselves.”