Editorial: Monkeypox, I can still call it that

I’m not worried about monkeypox.

I wasn’t worried about covid either, at least not for the years that followed those first few weeks, when scientists were being scientists instead of politicians, when news coverage was of the facts rather than a spin in a political direction, when suggestions from health officials made common sense, not political sense.

But back to monkeypox.

When I first heard it, I worried about that poor monkey. Monkeys live in monkey worlds, humans live in human worlds. Sometimes they interact; and when that happens, sometimes humans go monkey crazy and monkeys go human crazy. Maybe that’s how it got started.

Let’s not blame all monkeys for the transgressions of a few.

Humans, on the other hand …

It turns out that monkeypox isn’t new, and apparently was first discovered in a monkey in a lab in Denmark in the late 1950s. I’m no expert on anything, but I don’t think monkeys are native to Denmark. That monkey was taken from his monkey world into the human world by a human. After all, why would a monkey leave its monkey world, where they could eat bugs and bananas to their heart’s content and swing from vine to vine answering only to Tarzan himself? (I think that’s how monkey worlds were described in history books in the 1950s.)

The answer: they wouldn’t. Monkeys love their monkey world.

Monkeypox (I can still call it that.) is no joke. First discovered among humans in the 1970s in Africa, it is a contagious virus that has to be controlled.

No fear, we have the World Health Organization. I’ll just call it The Who, not to be confused with the British rock band that actually uses its talents to help mankind and destroy perfectly good musical instruments.

The Who, it seems, is concerned with the name “monkeypox.” It had to be changed “to reduce stigma and discrimination and be more accurate.”

A doctor wrote: “Although the origin of the new global MPXV (monkeypox, I  can still call it that.) is still unknown, there is growing evidence that the most likely secnario is that cross-continent, cryptic human transmission has been ongoing for longer than previously thought.”

The doctors also complained that western (That’s us) media, when showing the effects of monkeypox (I can still call it that.), almost always show it on an African person.

And for goodness sake, don’t blame the poor monkey. If we had only left them in their monkey world, things would be fine now.

And don’t blame The Who for trying to change the name. If covid has proven anything to us, it’s that we’re not going to listen to The Who (The World Health Organization, not the rock band) if they suggest we do anything we don’t want to do just to halt the spread of the monkeypox (I can still call it that.)

But clade? Just because it makes sense doesn’t mean it makes sense. Welcome to 2022, monkeypox (I can still call it that.) or not. 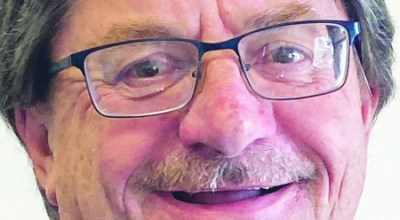