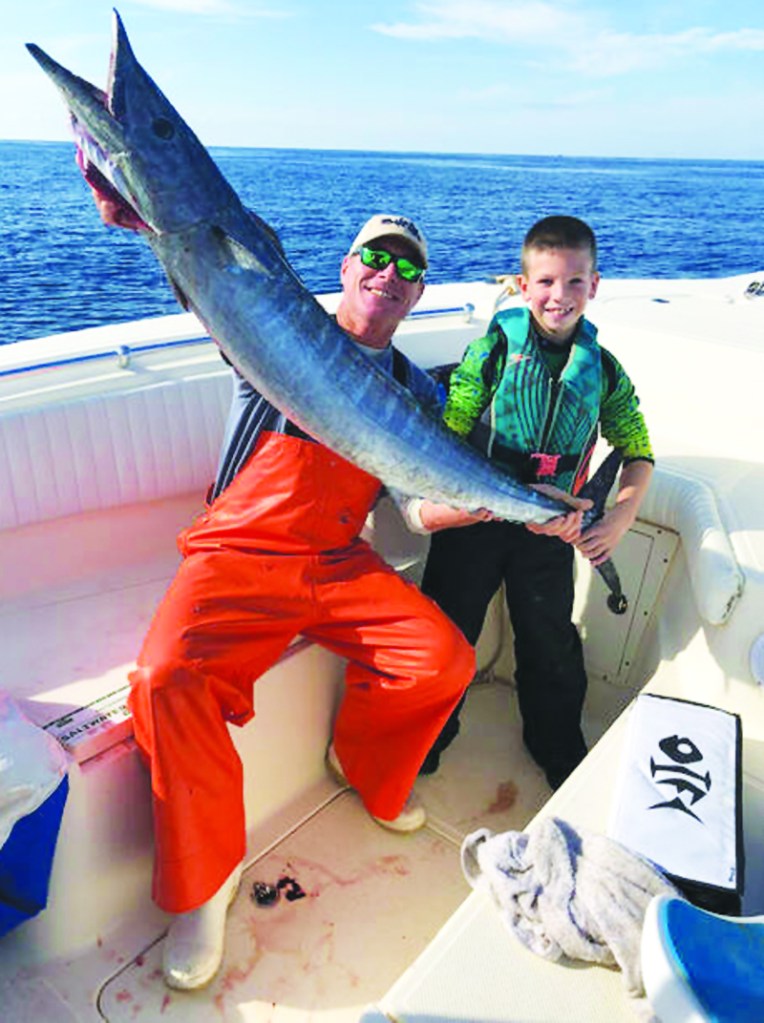 For years, Doug Illing has looked forward to the approach of autumn because of his primary job: coaching football.

Now, there is something else he thinks about in late August, as the season’s first high-school football games are being played: the great fishing that will crank up later on in the waters off his home in Little River, S.C.

A native of Summerville, S.C., who was Wake Forest’s placekicker in the 1984 and 1985 seasons, Illing moved to the Grand Strand in 2013 and spent six seasons as head coach at Socastee High School before deciding that he couldn’t be a head coach and give his players the time and attention they needed as his second career took off: as a charter fishing captain.

Illing has run Salty Fin Charters (www.saltyfincharter.com) since 2018, when the fishing success he had with a neighbor got him thinking about running his 27-foot center console boat for fun and profit. After the 2018 season, with fishing flourishing, he bought a bigger boat, started promoting his business and realized he couldn’t give both fishing and football full-time attention.

He resigned after compiling a 30-36 record, stayed at Socastee as a driver’s ed teacher, heading offshore for tuna, dolphin, wahoo, king mackerel and grouper.

He missed football enough to return to Socastee as an assistant coach in 2020 and has been able to prowl the sidelines on Friday nights and head for popular nearshore and offshore fishing spots like the General Sherman reef, the Jungle, the Same Ol’ and the Blackjack Hole on weekends, holidays and during the summer ever since. The best fishing is normally after football season ends.

“I was a waterbug growing up – around the (Santee Cooper) lakes and the (Cooper) river,” Illing said. “My best friend had a lake house, and we were always walking to the river to fish. And my dad was a big bass fisherman; he owned a bass boat and we fished all the time.

“It wasn’t until I met my wife, and her dad introduced me to saltwater fishing, that I decided I had to think bigger.”

While at Davie, Illing owned a 20-foot center console boat that would occasionally take “iron man” trips – leaving Mocksville as soon as a Friday night game was in the books, driving to the coast, fishing all day Saturday and driving back Sunday, arriving in time for the afternoon coaches’ meeting.

His first year in South Carolina, he sold the 20-foot boat and replaced it with a 27-foot center console. He kept the boat on an empty lot next to a house he was renting; when he and his wife bought a house, he wound up with a neighbor who loved to fish.

“He fished with me a lot, and he told me that he spent thousands of dollars every year taking his clients fishing on charters, but he caught more fish with me,” he said. “He wanted to pay me to take his clients, so I got my captain’s license and started running charters. He still takes about three trips with me with his clients every summer.

“I started the business the next year (2018), my sixth year coaching down here. I had some people who would go, so I decided to start a real charter business and start advertising. I had to make a decision. It was taking too much time coaching to really do it right, and I just couldn’t cheat the kids, so I made the decision to give up coaching. Being a head coach is a lot of fun – I enjoyed it – but my passion for fishing took over.”

Illing sold the 27-foot boat and replaced it with a 35-foot center console with twin 350 HP Yamaha outboards, enabling him to make the 65- to 80-mile trips to his favorite offshore fishing spots in 1½ to 2 hours. Even when he’s fishing king mackerel in the fall, about 15 to 20 miles off the beach, he wants to get there in a hurry. “I want to spend more time fishing, so we’re going to get there fast,” he said.

Illing spent one season out of coaching, missed it terribly, and returned as an assistant.

“I didn’t like being on campus and not being involved,” he said. “And I didn’t think they needed a coach on campus who wasn’t coaching.”

Illing put more than 2,000 hours on his outboard engines through the spring of 2021, and with supply chain issues eliminating the chances of getting new engines for at least a year, he sold the 35-foot boat in April and started chartering out of Ocean Isle Fishing Center across the state line in North Carolina, fishing on OIFC boats.

“The king mackerel were slow this summer – very scarce,” he said. “I had a 40-pounder last week that a barracuda got a chunk of before we got him in the boat. We’ve had good fishing for Spanish mackerel this summer, after they were scarce the previous summer. Wahoo, tuna and Mahi (dolphin) are my favorites, but I like to bottomfish and catch grouper. We’ve caught several sailfish, and we’ve hooked a couple of blues (marlin), but we haven’t gotten one to the boat yet.”

Illing is thinking about retiring altogether, giving fishing his full attention, but he’s still on the faculty at Socastee this year.

“I’m getting close (to retiring),” he said. “It’s getting harder and harder to go back (to school) on that first day. But I’m feeling that water. I enjoy coaching football, but there’s nothing like a screaming (fishing) reel.”