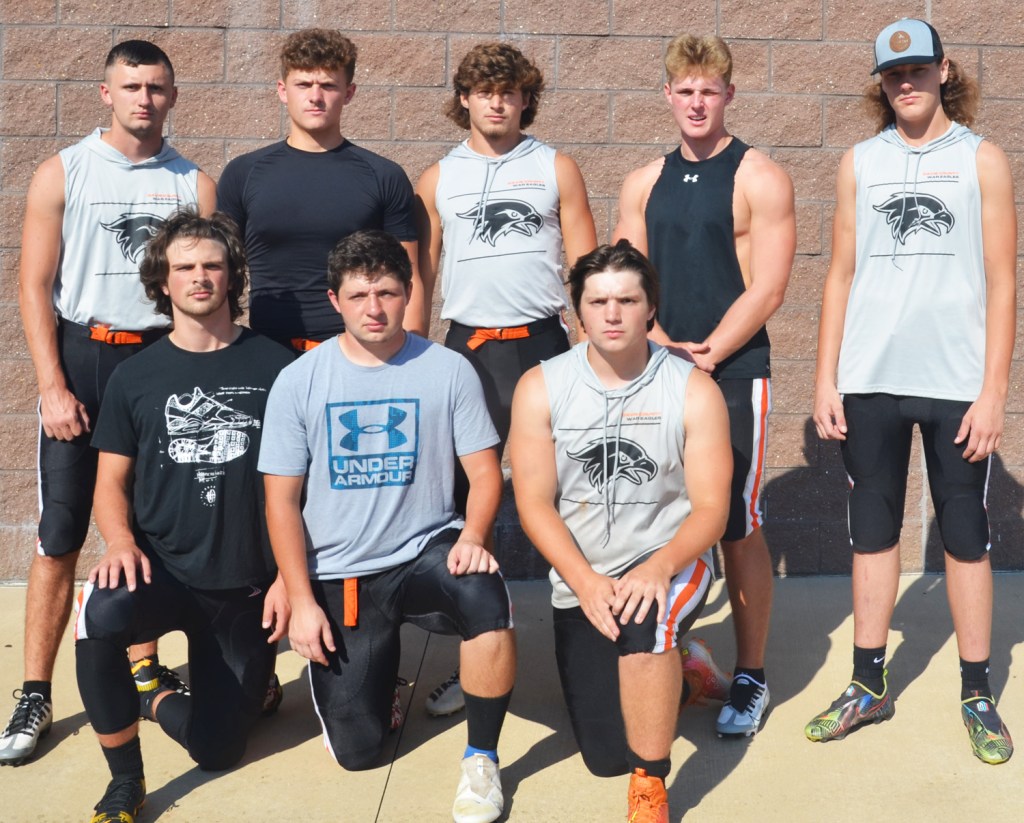 In 2014, Davie’s defense featured linebackers Christian Launius and James Boyle. The 2015-16 units were anchored by Boyle and Cody Hendrix. In 2017, Hendrix and Matthew King swarmed. And in 2018, King and Peyton Hampton were the teeth in the middle of the defense.

Davie was down at linebacker the past three seasons, but a stout linebacker corps has returned for 2022. Between inside and outside linebacker, there’s 10 guys duking it out for four starting spots.

“We haven’t had (inside) linebacker depth in quite a few years,” head coach Tim Devericks said. “So having the ability to play six guys – six quality guys – really helps our team because collectively they’re a group that flies around. They know: ‘Hey, I’ve got to perform.’ Sometimes having pressure from people behind you makes you focus in and perform a little bit better.”

Senior Mason Shermer (6-2, 200) is a beast. He plays outside linebacker like a pit bull protecting its turf.

“Mason is the real deal,” OLB coach Perry Long said. “He’s got good speed. He can defend the flats in pass coverage and he can rush off the edge. He’s the outside linebacker that you want to have in this (3-4) defense. I’m telling you, he’s unreal. If you lollygag a pass over there in the flats, he’s going to pick your stuff off.”

“He’s a very smart guy,” Nicholson said. “We expect him to be flying all over the field.”

Senior Ethan Silvey (6-0, 175), who has moved from cornerback to outside linebacker since 2021, is a unique talent.

“Ethan has flourished,” Devericks said. “His ability to use his speed and play in space is awesome.”

It starts with Shermer and Silvey, but it continues with seniors Justin Hayes, John Stokes, Will Burris and Chase Carson and juniors Zack Banks, Ian Boger, Zander Richardson and Jerred Alexander.

“He’s gotten faster in the offseason and he’s always ready to mix it up,” Nicholson said of the inside linebacker.

“Justin is another guy who can run and get to the ball,” Devericks said.

Stokes (5-11, 195) has blossomed after moving from defensive end to inside ‘backer.

“John was one of our most aggressive players last year,” Nicholson said. “He’s one of those guys that plays with his hair on fire. We’ve put him in the middle of the field so he can make more plays – as opposed to being a defensive end where he was only on one side.”

“Banks and Burris will be key contributors,” Nicholson said.

“We’ll play all 10 of those guys,” Devericks said.

266 cyclists ride in Tour of Farmington