D-line has some serious space eaters 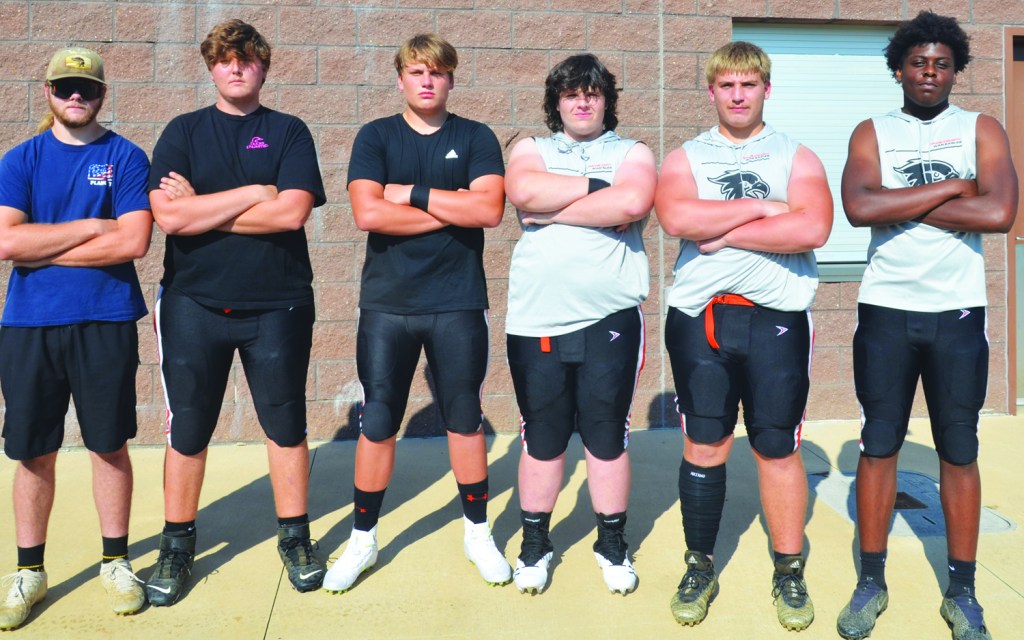 Last year Davie’s defensive line was undersized, often pushed around and razor thin in depth. That’s no longer the case. This year the War Eagles have the physicality to match up in the trenches.

“Where last year we might have been undersized, our size on the DL has vastly improved,” head coach Tim Devericks said. “Yeah, they might be young in age, but they are pretty strong kids.”

“He’s gotten way better and I look forward to some big things from him,” Nicholson said.

Although Warner is the only d-lineman with substantial varsity experience, he’s surrounded by guys with physical attributes. Sophomores Grayson Cayton (6-0, 270) and Landon Barber (6-0, 240) could become factors right away in their first varsity seasons.

“Grayson made a lot of plays for us on JV last year,” Nicholson said. “He’s a big, wide body. He’s a hard guy to move. He uses his hands well and has good feet. That’s very encouraging for a sophomore.

“Landon is probably the strongest guy on the team. He’s going to be a tough one to move as well.” 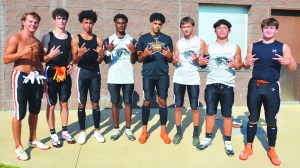 There’s clear talent at the linebacker spots. The d-line has several space-eaters. If the War Eagles can just play adequately against the pass, this unit could be much improved after surrendering 27 TD passes in 2021.

The secondary’s headliner is senior cornerback Willie Purvis. The third-year starter is one of the team’s foundational pieces.

“They’re all young (in the secondary) other than Willie,” Nicholson said. “He’s our go-to guy. He’s athletic enough that I think he might get some snaps on offense (at receiver).”

“I’ve really been proud of Willie for how he’s grown in his leadership,” Devericks said. “He’s trying to bring these younger guys along. Having traveled that road before, he can offer pointers and expertise that he’s learned along the way.”

Although they don’t have a ton of experience under the bright lights, junior safety Eli Branham and sophomore cornerback Landon King will not be ambushed Friday at Mooresville. Both are expected to play important roles.

“Eli played a lot of (varsity) snaps as a sophomore,” Nicholson said. “He was way undersized and he went to work in the offseason and put on about 20 pounds of muscle. He’s a hard-nosed dude.

“King is an athletic basketball player who got some (varsity) snaps last year.”

Juniors Reid Nail and Junior Romero and sophomore Connor Hood will be in the mix.

“Connor’s a versatile DB who can play all four positions,” Nicholson said. “You’ll see him out there. Reid is a really smart player.

“You’ll probably see all of them. They’re all going to get a bunch of reps. We’ve got some guys that I’m not sure yet if they’re going to be varsity or JV. It’s young talent that could potentially play on Friday nights.”