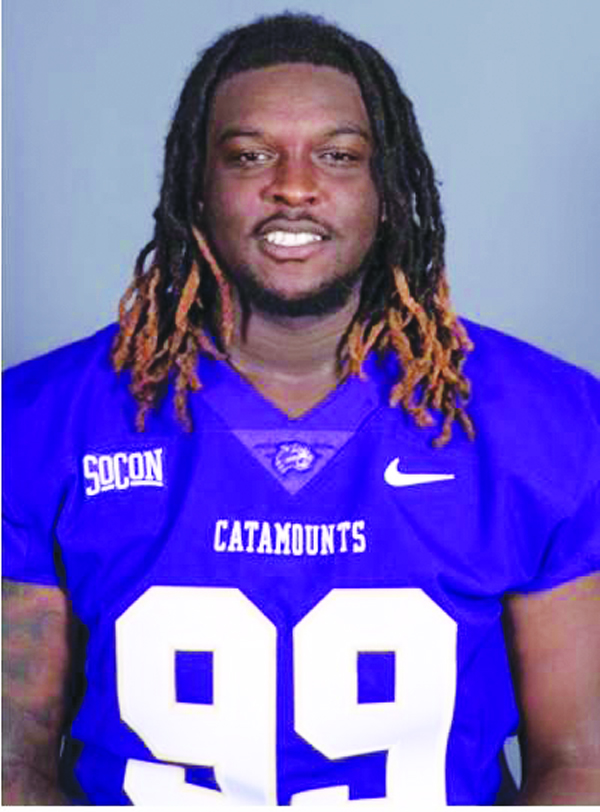 After missing last year with a knee injury, Ronald Wilson of Mocksville is back on the football field and ready to help Western Carolina end a string of four losing seasons.

Wilson was a fixture on the Davie varsity defensive line from 2015-18. He started his college career at Gardner-Webb, appearing in nine games in 2019. The 2020 season was canceled by COVID-19. Wilson transferred to Western in the summer of 2021, but he had to watch every game from the sidelines after tearing his meniscus. The Catamounts went 4-7.

Wilson is a 6-2, 330-pound redshirt sophomore on Western’s d-line. It opens the season at home against Eastern Kentucky on Sept. 4.

“Going into camp, I’m second string,” he said. “But I’m pretty sure I’m going to be a starter for the season. We’ve got different fronts and different schemes, depending on who we play.”

Wilson is majoring in Business Administration.

“It’s education first before you’re an athlete,” he said. “Hopefully I can go to the NFL. I’m not sure what God has planned for me, but I know that I’m going to be a leader at whatever I do.”