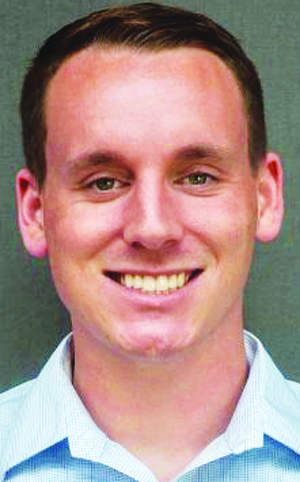 Marco Rebollar is starting from the foundation in his first year as the Davie boys soccer coach. He has checked one box in a big way. He had to find assistant coaches, and it’s hard to imagine he could have done any better constructing a staff.

One assistant, Scott McBain, played college (University of California, Berkeley) and professional soccer (in Canada). He will coach the JV team.

Another assistant, Tyler Dinkins, has head-coaching experience at the high school level.

And another assistant, Nate Hinshaw, is a fitness guru who will chart the stats.

It looks like a fantastic group of coaches to help Rebollar as he takes on a monumental challenge. Davie went 2-16-1 last year and 0-12 the season before that.

“Scott’s been around the game the longest out of all of us,” Rebollar said. “I think he’s been in Davie County for three years. He played professional soccer, he’s got a wealth of knowledge and he’s coached at higher levels. He has also coached high school soccer. He has a daughter who was an All-American soccer player at Texas, so he’s been around the game and knows the game. He’s a huge addition to have to help our younger guys develop and learn the game. He’s full of energy out there. He’s a great guy. I’ll be picking his brain.”

How did Rebollar find McBain, who is not a teacher?

“He found us,” he said. “He approached Davie about being interested in coaching in the soccer program, and they gave me his contact info. He’s having a ball doing it. Adding Scott was a blessing.”

Rebollar, Dinkins and Hinshaw are a natural fit. All three grew up in Yadkin County and attended Forbush. Hinshaw, 31, graduated from Forbush in 2009, the other two in 2010.

“(Dinkins and I) played high school and travel soccer together,” Rebollar said of the Davie social studies teacher. “It was luck (to hook up with him at Davie) because he’s got head-coaching experience. He coached girls and boys soccer at North Iredell before he went to Davie. So having him is huge.”

And then there’s Hinshaw.

“He’s our strength-and-conditioning guy and he’s our statistician,” he said. “I’ve known Nate for a long time. He’s a good buddy of mine. He just enjoys sports. He’s all into fitness and I thought it would be huge to have somebody who knows what they’re doing when it comes to that stuff.”

The completely new staff appears to have reenergized the War Eagles, who will have around 20 guys on both the JV and varsity teams.

“That’s good to see for the future,” he said.

Seniors Nicholas Ruff (defender) and Peter Marks (forward) and junior Will Davis (defender/center mid) are under the spotlight in 2022. This summer Ruff played on the bronze-medal-winning team in the State Games.

“He’s going to control the defensive side of things,” Rebollar said. “Those three are leaders for this team. I’m definitely excited for them.”

The War Eagles certainly appear headed in the right direction, but Year One won’t be easy and they will be a prohibitive underdog many nights. But the most important thing at this point is they’re hungry for a brighter future and collectively they’re putting in the work to lay a new foundation.

“I feel like the kids are getting better. That’s why we had team camp last week. We had twenty-some kids there. They’re eager to get better. You can definitely tell the ones who have been coming to workouts and open practice. You can tell they’re hungry to get better.”