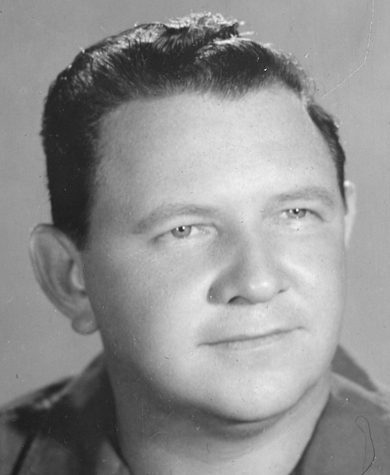 He was born in Davie County on Oct. 12, 1936 to Franklin Alexander King and Ila Mae Howard King and was one of nine surviving children. As a young boy, he enjoyed rabbit and squirrel hunting and loved playing baseball with his brothers. Benny was a lifelong sports fan. He was particularly fond of the New York Yankees, NASCAR racing, and the Duke Blue Devils basketball team.

Benny enlisted in the U.S. Army and had a successful career reaching the rank of E-7 (Sergeant 1st Class). Over the course of his military career serving his country, he was deployed and stationed in many areas around the world. He retired from the Army in 1980 and worked for Hanes Dye and Finishing until retiring again to pursue other endeavors and enjoy his delightful grandchildren.

Benny was involved in many civic activities including volunteering as a coach for Davie American Little League Baseball. He was very active with his church family, and enjoyed membership with the Advance VFW Post 8719.  His military career made him an ideal candidate to coordinate, prep, cook and serve many fundraising meals for the Post, most notably breakfasts and roast beef dinners. He was also well known for his chicken stews that were always a family and church favorite.  He was also a member of the Smith Grove Ruritan Club.

A funeral service will be held on Tuesday, Aug. 2, 2022, at Hayworth-Miller Kinderton Chapel with Pastor Andrew Wild and Pastor Wayne Swisher officiating, with interment following at Yadkin Valley Baptist Church.

The family would like to give special recognition and gratitude to Ms. Regina Evans, Mrs. Tomeika Jones, and the wonderful ladies and gentlemen of Gina’s Helping Hand who so lovingly provided constant care for both Benny and Wanda over the last two and one-half years. They also wish to acknowledge and thank Trellis Supportive Care and all the staff of The Kate B. Reynolds Hospice House for the gentle and compassionate care Benny and his family received.