A softball summer: 70 turn out for coach’s first camp 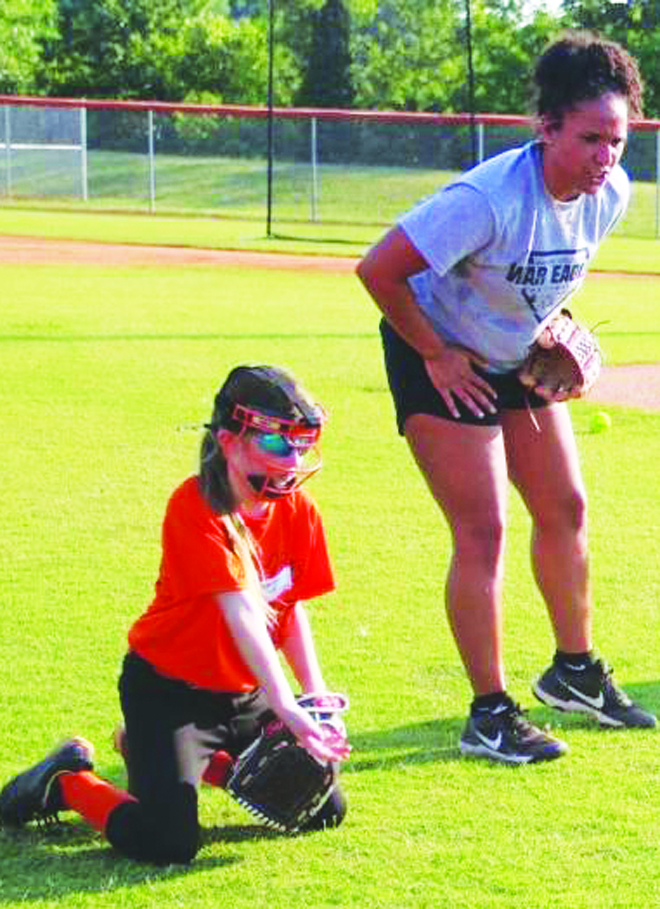 Nathan Handy’s first youth camp as Davie’s softball coach – June 13-15 – could not have gone any better. There were 70 campers from kindergarten through eighth grade.

“It was a lot,” Handy, who coached the JV last season before getting named the new varsity coach in the spring, said. “Last year they had 28 sign up. It was a big task when you go to plan something expecting about 30 and then more than double it. We had a lot of people sign up in the last week.”

Many former players helped out over the course of three days.

“It was a blessing to have the alumni come back and help and to have our varsity players step up and help out,” Handy said. “It was not possible without the help that we had.”

“I think everybody had a blast and enjoyed it,” he said. “We’re looking forward to doing it again next year. It was a huge success. Hopefully it won’t be so hot next year. We just happened to pick the hottest week of the year to do it.”