Quite a sequel: Legion rallies again in Game 3 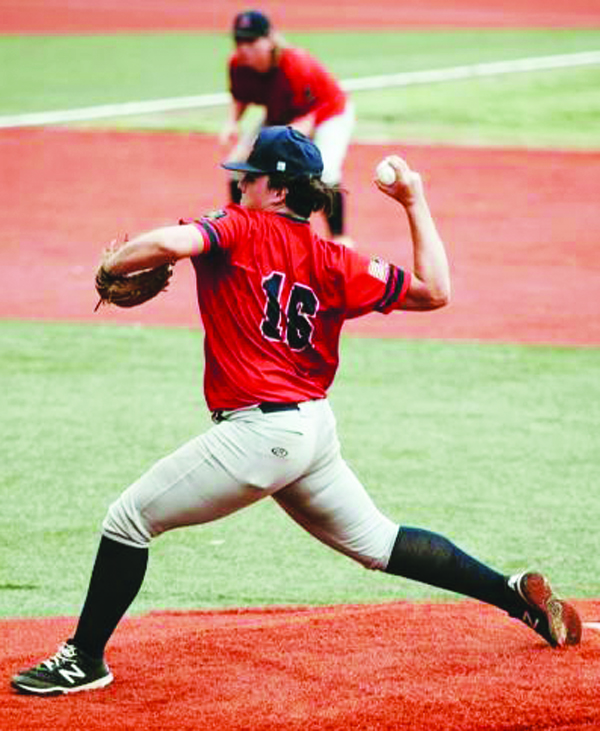 The Mocksville Legion baseball team trailed in the seventh, eighth and ninth innings in Game 2 against Foothills before pulling out the win in the 10th.

Two nights later, Mocksville produced quite a sequel. It faced a seventh-inning deficit in Game 3 at Foothills. Somehow, someway, Mocksville won another game with high drama, 6-4.

“The boys of summer have become the cardiac kids,” coach Charles Kurfees said. “Would you have ever thought we’d win 10 games (after an 0-4 start)? We pulled another one out.”

The decisive third game was held at Surry Central High on July 11. By winning the best-of-three, first-round series, Mocksville  (10-17) advanced to take on top-seeded Rowan County.

It was a credit to hitters Ryan Thiel (4 for 4, double), Dan Loyd (3-4, homer, two runs) and Jackson Sink (3-4, two runs, two RBIs, double) and pitchers Hunter Daywalt and Sink, who was everywhere.

Mocksville had a lead on the sixth pitch of the game, thanks to Loyd’s solo homer to left in the top of the first. It was just the team’s second bomb of the season and the first in 16 games.

Loyd, Thiel and Daywalt had consecutive hits in the third, but a base-running mistake led to an out on Daywalt’s knock. Sink’s hit plated Loyd. It was 2-0 but it should have been more.

“We screwed up four times on the bases,” Kurfees said. “We got picked off. A boy stole when we didn’t give him the steal sign. We got doubled up on a line drive to second. I held up a runner at third and the runner at second kept coming.”

It looked like the base-running blunders were going to be costly when Foothills began to rally. After the hosts failed to get a hit in the first two innings against Daywalt, they scored an unearned run in the third.

Foothills seemed to be on its way to the second round when it poured across three runs on four hits in the fifth.

“Nobody panicked,” Kurfees said of the 4-2 deficit. “Nobody got down. We just came back and won the game.”

Mocksville got one back in the sixth. Sink jumped on the first pitch of the inning for a double. He scored on Logan Allen’s groundout.

Down 4-3, Mocksville delivered a dramatic go-ahead rally in the seventh. The spark was Blake Little’s fullcount walk and Thiel’s double over the right fielder. Foothills made a throwing error on the double, which allowed Little to score on the play and tie the game. After Daywalt was hit by a pitch, Sink made a productive out that pushed across the tiebreaking run. Then Lawrence Hancock, the walk-off hero in Game 2, provided some insurance with a run-scoring single. Just like that, it went from 4-3 bad guys to 6-4 good guys.

“Thiel stepped it up,” Kurfees said. “He works hard. He keeps working and getting better. If it wasn’t for him (at catcher and in the heart of the order), I don’t know where we’d be. Sink (a rising senior at Davie) could be a big-time player in high school, and he could go to college somewhere and play.”

And then there’s the pitching. Before Game 3, Daywalt had made two mound starts and worked just 15 innings. He had gone two innings or less in five of his seven appearances. But he got the win in relief in Game 2 and he went five effective innings in Game 3. Amazing.

“Hunter pitched a helluva game,” Kurfees said after the rising sophomore held Foothills to six hits and three earned runs. He walked one while throwing 50 of 75 pitches for strikes. “What a game he pitched. He’s one of the best young players in the county. He’s got some work to do – he’s got to get more athletic – but he can be a heck of a player. I really believe that.”

Sink closed the fierce battle in two innings of relief. He got help from his defense in the sixth. Thiel threw to second on a back pick. Mocksville got the guy in a rundown and Loyd fired a bullet to Sink, who was covering third, for the third out. That kept Mocksville’s deficit at 4-3.

Sink shook off a pair of walks in the bottom of the seventh. With runners at second and third and two outs, he blew away the No. 3 batter on three pitches to earn his first win. It was his third strikeout in two scoreless innings.

“We thought (Daywalt) was laboring, so we needed another jumpstart with Sink,” Kurfees said. “We figured it was time to (make a change). Hunter had done his job.”

Kurfees said it was thrilling to watch his team overcome so much. It started the season 0-4. It suffered through one losing streak after another. It played this game and the last three games without Parker Aderhold, the center fielder/leadoff man who was No. 1 in runs (20) and second in average (.325).

“A lot of them have close to 100 at-bats for the season,” he said. “That’s how you get better. We don’t have a senior. Blake Little and Logan Allen are two college-aged kids. The rest of them are rising juniors and seniors and a rising sophomore. We’re supposed to be sitting at the house and we won a first-round playoff series. Think about that. Now I’ve got to go home and wash my uniform and go to Newman Park tomorrow.”

Notes: Parker Simmons went 2-3. Daywalt and Hancock had one hit each as Mocksville outhit Foothills 14-7. … Kurfees appreciated the fan support. “We had a good crowd up there,” he said. “A bunch of young boys from Davie came up to support the team. We had more there than they did.”