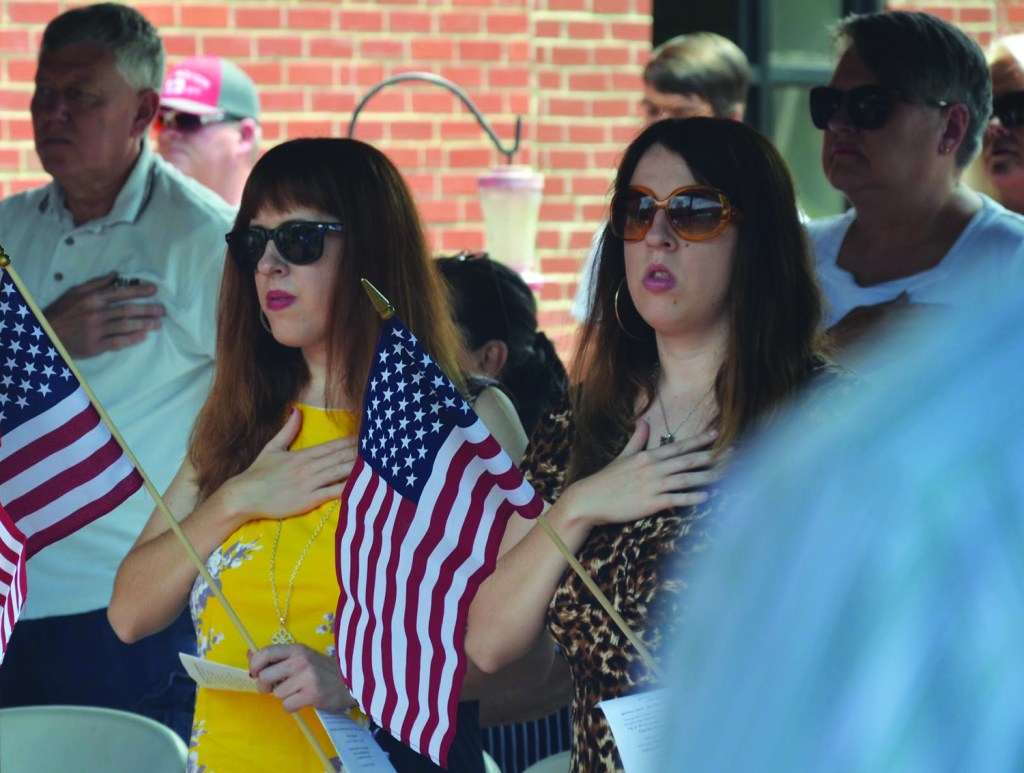 FARMINGTON – The stories started coming in long before any names were etched into a brick.

As the Farmington Military Court of Honor was dedicated on Saturday, Melanie Forbes Cook said she began seeing its importance soon after the idea cropped up about a year ago.

Area residents are proud of the military service of their relatives and neighbors.

There were nine men with Farmington ties who never made it home from Vietnam. Several widows remembered their late husbands who had served our country. Multiple names from the same family were common.

“We have generations, like the Brock family, which I think has been in Farmington since it was formed by Noah’s flood,” she said.

Cook talked to her own family, who gave insights as to what serving their country was like – especially during a time of war.

When a woman read about those Vietnam casualties, she donated the money to pay for their names to be etched into the bricks. The brick masons donated their time. Donations came in from one source then another.

“This is more than a courtyard. It is the stories that came in,” said Cook, the executive director of the Farmington Community Center.

“The thing in common with all of these, Farmington and Davie County is home. This is Davie County’s Court of Honor. I thank all of you who served, and every sponsor who made this possible, to pay homage to the people who have given us so very much.”

One of those veterans is John Caudle, World War II tail gunner who gave some insight into his time in service.

He wanted to be a pilot, and joined the Air Corps, the precursor to the Air Force and then part of the U.S. Army. But because the Army had lost so many gunners, he was sent to gunnery school.

Caudle volunteered for the war at age 17. He remembers that first day at Fort Bragg, he was getting shots in both arms at the same time. “I was just a kid.”

He plays down his combat service, although he completed some 12 combat missions, as well as many others. Caudle remembers training in Utah, and meeting fellow Davie Countian Tom Ferebee. Caudle was even stationed for a while on Tinian, where Ferebee and other members of the Enola Gay staged before their historic bombing mission to Japan.

“Anybody who ever said they went through combat and weren’t afraid … you’re listening to a liar.”

He knew his plane had been shot on one mission, and after it landed, the hole was only a few feet above his head.

“The Air Force always gave you a shot of whiskey when you came back from a mission. That time, I went through that line three times.”

What made it bearable was his sweetheart Rose back home, who wrote letters and sent packages. “It was a big help,” he said. The couple has been married for 77 years.

“We’re just as old as Farmington,” he joked.

The court of honor is mostly complete, but there is room for more names. Landscaping and a back drop will be added this fall.