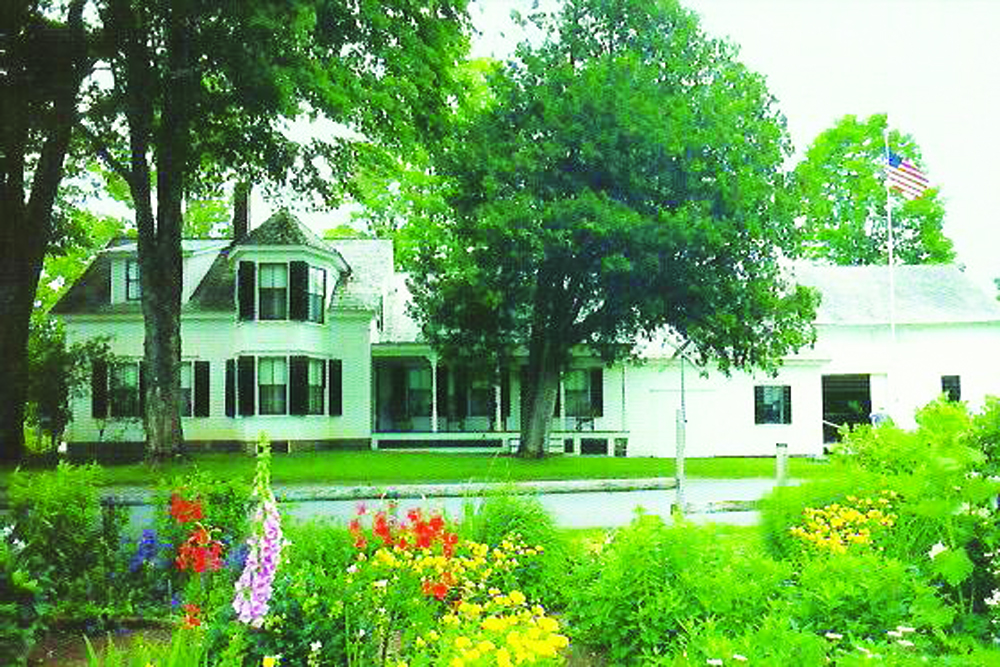 When the Presidents of the United States are rated by historians, Abraham Lincoln is often rated number one, and James Buchanan is usually rated as the poorest president.

Coolidge was a quiet man. He rarely spoke, particularly in social settings, but he was a hard worker.

Once while president, a lady was seated beside President Coolidge said: “I have a bet with a friend that I can made you say more than two words during dinner.”

He simply did not see the need for a lot of chatter, but he spoke when he thought it was necessary to do his job.

Calvin Coolidge was born in Plymouth Notch, Vt.  in the family living quarters of a store operated by his father. Sometime later, the Coolidge family moved across the street to a two-story frame house which had attached dependencies.

Coolidge, who was serving as vice president when Warren G. Harding was president, was visiting his father at that Coolidge home place in the summer of 1923.  All was quiet in the little community of Plymouth Notch.  Vice President Coolidge and his wife, Grace, were asleep upstairs at the Coolidge homeplace when Col. Coolidge, the vice president’s father, heard the sound of a galloping horse.  Then there was a knock on his door.  Col. Coolidge answered, and a messenger handed him a message for the vice president.  The colonel rushed upstairs and delivered the message to his son, who opened the envelope.

The message said, “The president is dead!”

Calvin Coolidge and his wife dressed, kneeled, prayed, and went downstairs to the living room. There by the light of a kerosene lamp, Col. Coolidge administrated the presidential oath of office to his son. Col. Coolidge felt he could perform that duty because he was a notary public.

Calvin Coolidge is the only president sworn in by his father.

President Calvin Coolidge and his wife, Grace, went back to bed, got up the next morning, and headed to Washington so Mr. Coolidge could begin serving as President of the United States.

In this article, we are interested in presidential sites so we need to spend more time in Plymouth Notch and at the Coolidge home.

The tour of the house begins in the living room where Calvin Coolidge took the presidential oath of office. That room today looks just as it did that night of Aug. 3, 1923, when Calvin Coolidge took the oath.  The table with the kerosene lamp is there as is the Bible on which Calvin placed his hand when he took the oath.  Also in that room are: the original rug, the lace curtains and the cast iron stove that was there that night as well as the horse-hair-covered furniture and a hassock which had a secret compartment for holding valuables. The other rooms on the first floor also look just as they did in August 1923. The kitchen is particularly interesting with a large cast iron stove, a dry sink, and the table where the family usually ate their meals.

The fact that the barn and the other dependencies are attached to the house is particularly interesting to people from the South.  Next to the kitchen is the back buttery where milk was stored to wait for the cream to rise so it could be churned into butter. Then there is a wood house or woodshed, which housed wood which was the only source of heat in the house. There is a privy (toilet)—there was no bathroom because electricity did not come to Plymouth Notch until 1932. There is a laundry where the clothes were scrubbed by hand on a washboard, wrung out by a wringer, and then put into another tub to rinse. The clothes were wrung again and hung up to dry. A tool room and a barn which housed the livestock are in the last part of the building attached to the house. The barn is a two-story affair.  The livestock was stabled on the lower level and the hay to feed the animals was stored on the top floor.

The buildings attached to the main house were arranged so the family could manage during blizzards or when the snow was so deep that people could not maneuver outside as was often the case during the rough New England winters.

In addition to the Coolidge home place, there are a number of other sites in Plymouth Notch open to the public. There is a visitor’s center/museum which has some exhibits and which shows a film about Mr. Coolidge. Some of the other buildings open to the public are a cheese factory, the old country store, and the church.

The visitor should definitely visit the cemetery in Plymouth Notch where President Coolidge, his wife, Grace Coolidge, and their teenage son, who died while Coolidge was serving as president, are buried in graves marked by simple granite tombstones. A visit to that cemetery tells you a great deal about President Calvin Coolidge who wanted no part of ostentation.  The simple beauty of the villages in the Green Mountains of Vermont make traveling there worthwhile.  For information about the sites in Plymouth Notch and the days and hours that they are open to the public, call 802-672-3773.

Another site that is connected to President Coolidge is the State Game Lodge in Custer, S.D., which President Coolidge used as a Summer White House. Custer is in the Black Hills of South Dakota, which are really mountains, and the whole area is really beautiful. President Coolidge planned to stay three weeks at the State Game Lodge, but his stay lasted three months. While there, the president dedicated the inaugural work on the nearby Mount Rushmore in Rapid City, S.D.  The president used the local high school building as his office, and his wife would sit on the back porch of the Game Lodge with her dogs and her raccoon and knit.

The State Game Lodge is a five-star hotel in Custer State Park where 1,400 bison roam.