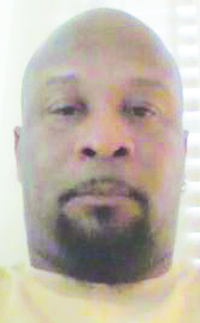 Linda Young still picks up her phone and dials his number.

It may be because her daughter is stranded with a broken down car, or something needs something fixed around the house.

Young was murdered on July 2 last year, and no arrests have been made.

Known as “Charlie Brown” since birth because he had one tuft of hair like the comic character, she said that while her brother had problems, he was always there for the family.

“When our brother was killed, it was devastating for us,” she said. “Whenever we needed anything, we could call him … if we needed a plumber … or our car fixed … he would stop what he was doing and come and help.”

If her brother couldn’t do the repairs, he always knew someone who could and the job was finished.

“When my brother died, the first time my daughter needed something, I cried. I didn’t know anybody to call.” She had told her daughter that anytime she needed anything, to call Charlie Brown.

“He had issues, but he loved his family. He was our baby brother.”

Young and her sister, Eunice Campbell, stay in touch with sheriff’s investigators searching for his killer.

“There were several people involved, witnesses,” Campbell said. “There are people who know what happened but their mouths are shut.”

She said her brother was hunted down and killed, suffering before he died.

“I’ll be honest, the investigation is not as thorough as it should be. Witnesses have contradicted themselves. It’s been a year and you listen to what the witnesses say … their stories just keep falling apart.

“My brother had a drug addiction. The drug epidemic in Davie County is out of control,” Campbell said.

Young said their brother didn’t have a driver’s license, but drove a vehicle frequently. He served time in jail for crimes like that, and the fact that he was prone to run when stopped by police.

“He wasn’t a violent person,” Young said. “Whoever did this … they knew him. They knew where he was going to be.”

He still had cash on his person, as well as jewelry, after being killed. The only thing taken was his cell phone.

The sisters said he had been in court earlier in the week he was murdered, charged with a drug crime he said he didn’t do so he wouldn’t accept a plea deal. He asked for what they called a motion of discovery, they said.

Campbell said she got details of the events of the night of his murder from a friend of her brother, details that were different than what detectives told them. She thinks the crime is gang related, with sketchy characters who have others scared.

“The uptick in gun violence in Davie County and Forsyth County is devastating a lot of families,” Campbell said. “People don’t value life any more. People have no empathy.”

What makes it worse, she said, is knowing that people know what happened but won’t tell the truth. “This is still a small community. Something has got to be done.”

The drug culture is Davie County has evolved over the years, she said. “The game has changed because the players have changed. They’re not local dealers. Now, if you mess up somebody’s money, you get killed. They have no regard for life. They will do anything to get street creds (credentials).”

The sisters realize there is no easy fix to the growing problem, but know that doing nothing will only cause it to worsen.

“This community needs to get together to talk about drugs and gun violence,” Campbell said.

According to Davie County Sheriff’s Office reports, Brown was shot to death just after midnight on July 2 of last year. Davie Sheriff J.D. Hartman said that a red or burgundy Honda Accord drove up Boone Lane, a dirt path off of Willboone Road where Young was staying. One or more suspects got out of the car and started shooting, while another drove the car away. Another vehicle at the residence was driven away by the suspects after the shooting.

Anyone with information is asked to contact the sheriff’s office.