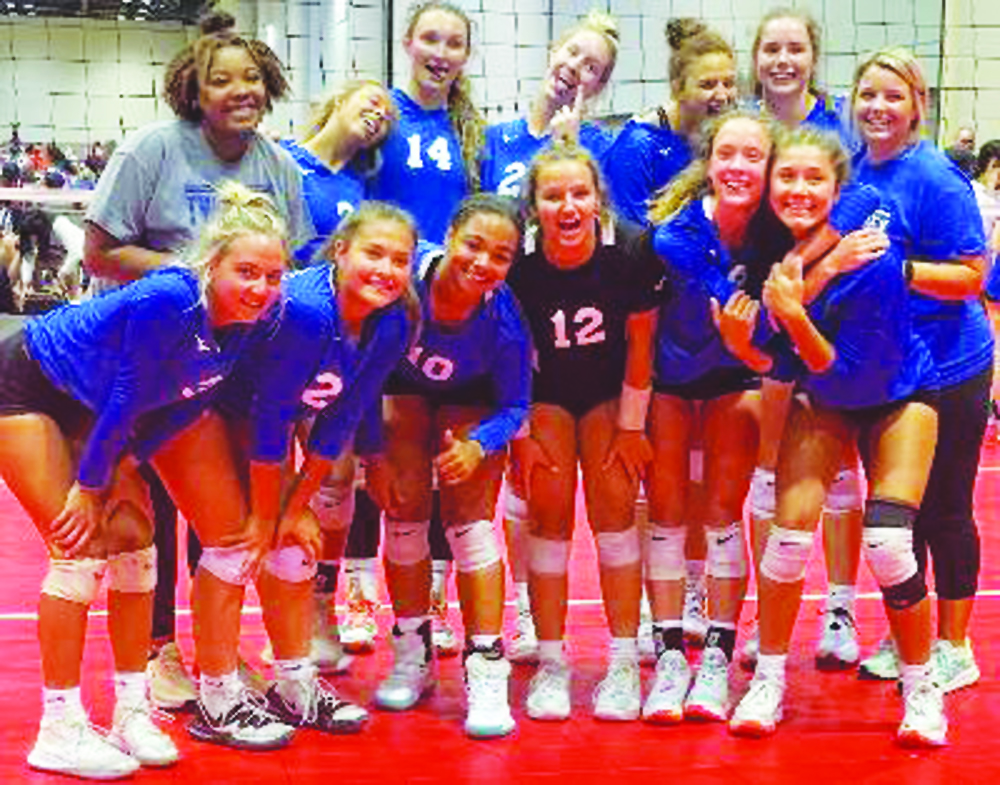 Six Davie volleyball players – plus one who just graduated – tested their skills against the best competition in Orlando, Fla.

Several Davie players are members of the Twin City Volleyball Academy, which is based out of Rise Indoor Sports in Bermuda Run.

“It’s such a good opportunity for our kids to see what else is out there, to give them an opportunity to play at a high level,” said Davie coach Amber Brandon, who coaches a Twin City team. “And to be competitive at a high level is really fun. My team played two teams from Hawaii, a team from Puerto Rico and a team from Michigan. So we got to play in front of all the big college coaches.”

The most successful team with Davie ties was Twin City 17U Holmes, which is coached by Lauren Gillon, who coaches at West Forsyth. Ali Angell, Mikaylah Hutton and Gracie Wilson and the rest of Holmes played in the third division – 17 club – from June 19-22. They went 10-2 and finished in a tie for ninth out of 184 teams. They competed against squads from Minnesota, Texas, California and the Dominican Republic.

Angell, a 2022 Davie grad, will play college volleyball at Division-II Erskine (Due West, S.C.). Wilson is a rising senior and Hutton a rising junior.

Brandon’s team – TCVA 17U HKH – finished 54th, which was an achievement in the 17U open division. Rising seniors Kiah Mathis and Emma Hayes played on this team.

“We were playing against kids who are going to play at places like Nebraska and Minnesota – big-time volleyball kids,” Brandon said. “We played in 17U open, which is a pretty big deal in our area. It’s the first time our club has ever sent a team to a tournament that size in the open field. So I was really excited for those kids.”

Rising juniors Caroline Lakey and Lauren O’Connor played for the 16U HKH, and they competed in the club division.

“They had a really good day one and day two,” Brandon said. “On day one, they came in second in their pool. They lost a heartbreaker in three sets at like 10:30 that night. On day two, they came in second in their pool, and they won their pool on day three. They lost the challenge match on day three. They had a crazy injury, a broken nose. Two kids collided, so that kind of shook them up. But it was a good tournament.”