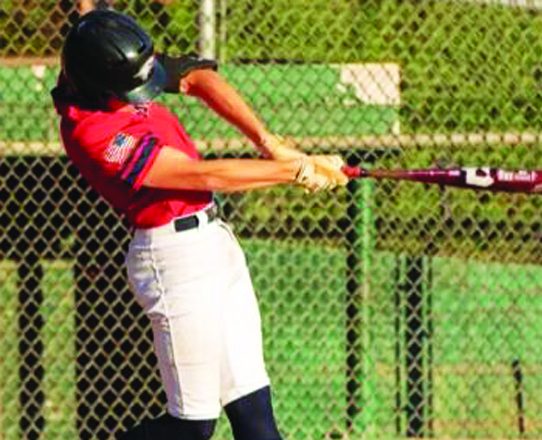 For the Mocksville Senior Legion baseball team, a home game against Stanly County on July 2 looked painfully like the previous contest against Rowan. Free-falling Mocksville was behind 3-0 after the first inning and lost 6-1 in five innings.

Stanly was batting in the top of the sixth – and had added two runs to its lead – when rain and lightning began. The game was stopped and it officially went down as a five-inning game.

It couldn’t have started any worse for the home team. In the top of the first, six of the first seven batters reached as Stanly jumped to the 3-0 lead. Mocksville needed a quick answer to restore its confidence, but it went down in order in its half of the first.

Hunter Daywalt had Mocksville’s only hit in the second and third innings.

Mocksville’s best chance to make it a game came in the fourth. Blake Little singled and Ryan Thiel and Daywalt walked to load the bases with one out, with Stanly still holding that 3-0 lead. Back-to-back strikeouts basically drained all hope.

Stanly pulled away in the fifth, scoring three runs on two doubles, a single and a walk.

Mocksville was shut down by Charlie Carpenter, who racked up 10 Ks and held the hosts to three hits, including two by Little. Daywalt (1-1, walk) had the other one. By contrast, Stanly collected 10 hits.

Notes: This was the first meeting of the season between Mocksville and Stanly. The teams played again July 3 to close the regular season. … Mocksville tumbled to 7-16 overall and 4-7 in the Southern Division. … This is the fourth time that Mocksville has endured at least three straight losses.