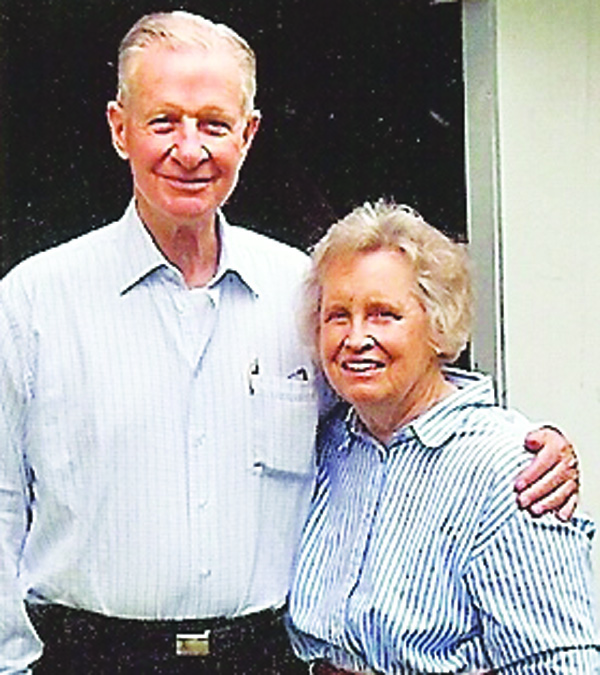 The acholarship program of the Davie Community Foundation was the fastest growing area when it was first organized?

Community members understood scholarships and wanted to invest in the education of Davie young people. New scholarship endowments are established every year with that goal in mind.

Some of the named endowed scholarships administered by the foundation were established by community members during their lifetime and added to when they passed away. They serve to remember and honor special people. As another group of Davie students prepares to leave for college, it seemed like a good time to recognize those donors who invest in the post-secondary education of those students.

Following is information included with student scholarship contracts. We want young people to know something about those who chose to invest in them.

Helping students get an education was something Helen Page Crenshaw did for 31 years. She taught at Mocksville High School for 11 years – not only teaching  – but getting involved in many clubs and sports. The 1951 and 1963 yearbooks were dedicated to her.

When Mrs. Crenshaw lost her beloved husband in 1955, she continued to teach and also managed the Mocksville Home & Auto Supply Store. In 1956, Mrs. Crenshaw became the librarian at the newly opened Davie County Consolidated High School, a job she continued through 1964. At Davie High, she sponsored the library club and supervised graduation, all while working to build an outstanding library from limited resources.

In 1964, Mrs. Crenshaw became the library coordinator for the county, serving seven schools. In 1973, she retired from the school system.

She did not retire from the community. She remained active until her death in 2013, three days before her 98th birthday. She was active in the Davie County Alpha Delta Kappa teaching sorority and the Davie County Retired Teachers Association. Mrs. Crenshaw was a member and active participant in United Methodist Women at First United Methodist Church for more than 60 years.

Helen received the Order of the Long Leaf Pine, one of the highest honors the governor can bestow on a North Carolina resident in March 2008 in honor of her many years of service to school and community. She was an amazing Christian, citizen, mother, grandmother, and great grandmother. The Helen Page Crenshaw Scholarship will continue her tradition of helping others as young people pursue careers in teaching thanks to the support of her scholarship.

Brook’s grandfather, JG White, started the White Foundation in New York City and did charitable work in that area. As her father was closing out the foundation, he gave each of his daughters $30,000. Brook and George decided to invest the money to start a scholarship fund. It now has a long-standing tradition of assisting deserving students.

Brook, a New York native, went to Bennett Jr. College in Millbrook, N.Y. She also attended Parson School of Design, but when she met George, it quickly changed her plans. She and George married in 1954 and moved to Davie County, where they lived the rest of their lives.

Brook was an active volunteer in the elementary schools and at the Davie County Hospital. She lived out her passion for helping children by serving as a Sunday school teacher and volunteer with children’s programs at the First Baptist Church. She also served as Cub Scout leader and Brownie leader for several years. Brook passed away in April 2021.

George was born and raised in Mocksville. He graduated from Duke University with a degree in law. In 1952, George established his own law firm, now called Martin & Van Hoy LLP, which remains in the downtown square to this day. George was active in politics, once serving as a candidate’s campaign manager; he was the director of Mocksville savings and loan and served as Master of the Masonic lodge and President of Rotary Club. He was one of the original incorporating directors of the Davie Community Foundation.  George was active until he passed away in April 2018.

George and Brook were known and admired residents of the community. The Martins cared deeply about the education of Davie ’s children and were incredibly grateful for the students who received the White-Martin scholarship and went on to be successful members of the community.