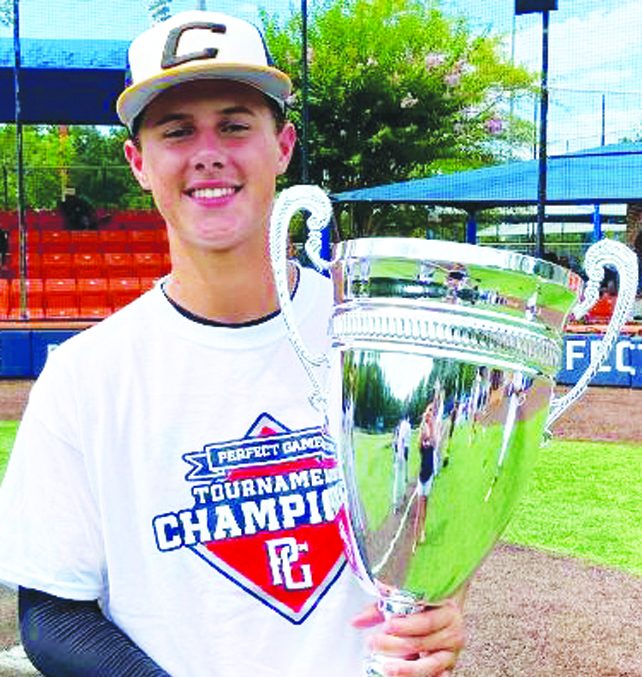 Coy James just spent 25 days on a thrill ride for the Canes 15U National baseball team.

The Canes competed in three tournaments in the Atlanta area. They went 19-4, including 12-0 in the last tourney to capture the WWBA National Championship.

The WWBA National Championship bracket attracted behemoth opponents from all over the country. There were 362 teams vying for the national title, with 48 teams making the playoffs. The Canes played three games on June 30 and two the next day to claim the title.

“It’s probably the biggest (tournament) of the summer,” James, a rising sophomore at Davie, said. “We got third the last two years.”

James is already one of the most heralded baseball prospects in Davie High history. Last spring he hit .409 (36 for 88) to become the only freshman to make Davie’s .400 club.

Dale Ijames, a Kansas City Royals scout at age 71 and a Mocksville native, said James is a special talent. The retired coach is especially high on James’ bat.

“He’ll be the next big thing out of Davie County,” Ijames said last week.

Here’s what a scout from Perfect Game posted on Twitter: “(James) solidified his spot as the No. 1 overall North Carolina shortstop in the 2025 class. James’ swing really does fit the ‘picture perfect’ description with super loose, quick hands and a quiet barrel that fires through the zone with ease. He has the ability to turn and burn on inside pitches with juice in the stroke, utilizing a middle-of-the-field, pull-side approach, generating some effortless carry and backspin.

“Defensively, the movements for Coy are crisp and refined, flashing clear arm strength across the diamond with lateral quickness in the footwork. Will be interesting to see who wins the commitment lottery for the 6-foot, 180-pound righty.”

“It’s been good,” he said. “I’ll probably play in my age (division) the rest of the time and only play up when I’m playing high school unless I play a couple tournaments up. I’ll probably just stick with my age.”

In the recent 23-game binge, James played shortstop and second base and hit second in the order. He hit .310 during the 12-0 run to the national title, and remember that’s with a wood bat. The Canes always use wood.

“I saw 92 (mph velocity) and 91 yesterday,” James said Friday, shortly after returning home. “With wood bat, it’s different than high school. I broke three bats while I was there. You can’t mishit balls; you’ve got to hit it on the barrel every time.

“I hit a couple off the wall. I hit four or five doubles over the three weeks I was gone. I had 12 stolen bases in 12 games (last) week. We have a Vandy commit that bats in the three hole, so he gets us in if we get on base.”

Besides hitting for a strong average and stealing a ton of bases, James got a chance to show a little of his pitching prowess. He struck out three in two scoreless innings.

James has Division I schools salivating, receiving three offers so far and drawing interest from programs like Ole Miss, N.C. State, Georgia Tech and Auburn. He said college coaches project him as a two-way player.

“I’m trying to visit everywhere I can and see which one fits me best,” he said.

James is going to continue being a two-sport athlete in 2022-23. He started at safety for the varsity football War Eagles as a freshman, and he should be an electrifying weapon this fall.

His attention will turn to football after the Canes close the summer season with tournaments in Cary and Florida.

“I think I’ll go back to the safety spot,” he said. “I’ve still been in touch with the (football) coaches and I’ll be at practice whenever baseball season gets over.”