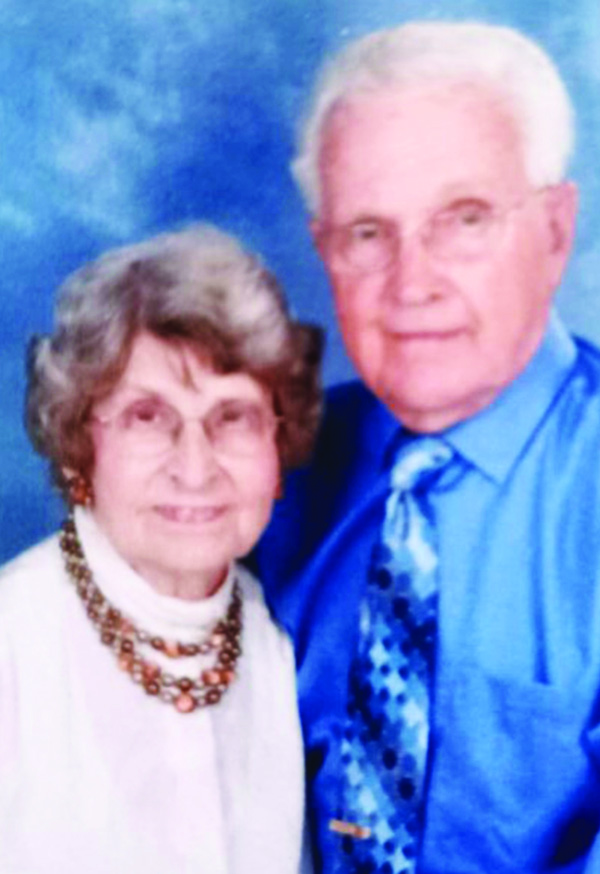 Check on senior adult neighbors living alone and to make sure pets have access to water and shade during hot weather.

Society Baptist Church will have a Bible study for women at 7 p.m. today (Thursday) on “Mary the Mother of Jesus.”  The group invites others.

Our community sends happy-birthday wishes to Paul Brendle, who will celebrate his 96th Sunday, July 10. Former students at Cool Spring High and North Iredell High know him as coach and teacher; some Cool Springers know him as fellow schoolmate as he graduated from Cool Spring in 1944. As educator, he began teaching grammar grade and coaching basketball and baseball in the fall of 1950 at Cool Spring and transferred to North Iredell as coach and teacher upon consolidation the fall of 1966. He and wife Shirley continue to live on US 64 just west of the school, formerly a part of County Line VFD district.

We send get-well wishes to Frances Campbell and Jerry Thorne.Last Sunday Frances got her foot entangled in some twigs and required emergency treatment and stitches for a leg wound. Jerry was to have outpatient surgery at Iredell Memorial yesterday (Wednesday).  Rayford “Tink” McDaniel continues to rest at home with palliative care. Alice Waugh remains in rehab at Davie Nursing and Rehabilitation Center. Join us in prayer for the Lord’s divine healing and blessings upon these residents and others having health problems.

Tribute to our Fathers

June is the beginning of summer and the end of the school year. But, the most celebrated day in June is the third Sunday, Father’s Day – a special day we honor our living fathers and remember our deceased fathers. Our community is thankful to our fathers, living and deceased for their dedication and support in life.

This year the oldest reported father in attendance at local churches on Father’s Day was Jim Stroud. As in past years, we recognize in our news a senior living father and deceased father, James Eugene “Jim” Lewis and John Roy Koontz.

Sidney and Amanda Triplette Lewis and their five children were living in Forsyth County in the early 1930s. The couple welcomed the birth of their sixth child James Eugene “Jim” on July 20, 1935.  Baby Jim also had the loving care of his siblings.

Still young boys at home, Jim and brother Bobby’s life was deeply saddened when their beloved mother died in the 1940s.  The boys went to live with an aunt who lived in County Line and attended Cool Spring High School.

Bobby and Jim later lived with the Blankenship family on Rimrock Road at NC 901. While there, Jim got to know young Jonell Gaither, who lived nearby.  The couple married July 2, 1955; they joined in worship at Clarksbury United Methodist and became members of the music program.

Later the couple built a home on County Line Road near NC 901 and reared son Alan and daughter Arlene.  In life Jim worked several years at Heritage Furniture of Mocksville and then operated a chicken farm business for many years. Today he enjoys just spending time with his family – wife, children, grandchildren, and great-grandchildren.

On Oct. 28, 1950, he married fellow County Liner Nancy Cartner of Old Mocksville Road. The couple later built a home nearby on Ridge Road and reared children Delaine, “Jake,” Peggy, and Shirley.  Roy owned and operated a successful sawmill and was happy to accommodate a customer with certain specifications.

In the early 1990s Roy and Nancy surprised everyone on Ridge Road as they built another new home on a 10-acre lot on Cartner Road that was given to her by her parents.  The couple enjoyed retirement there; but it was short-lived as Roy was diagnosed with cancer and suffered a stroke. He died May 25, 1997; a service celebrating his life was held at Clarksbury United Methodist and he was laid to rest in the church cemetery.

Here’s hoping you have enjoyed reading this news “flashback” of these two County Line fathers. Our community appreciates all fathers and thank them for their contribution to making County Line a family-oriented place to live.