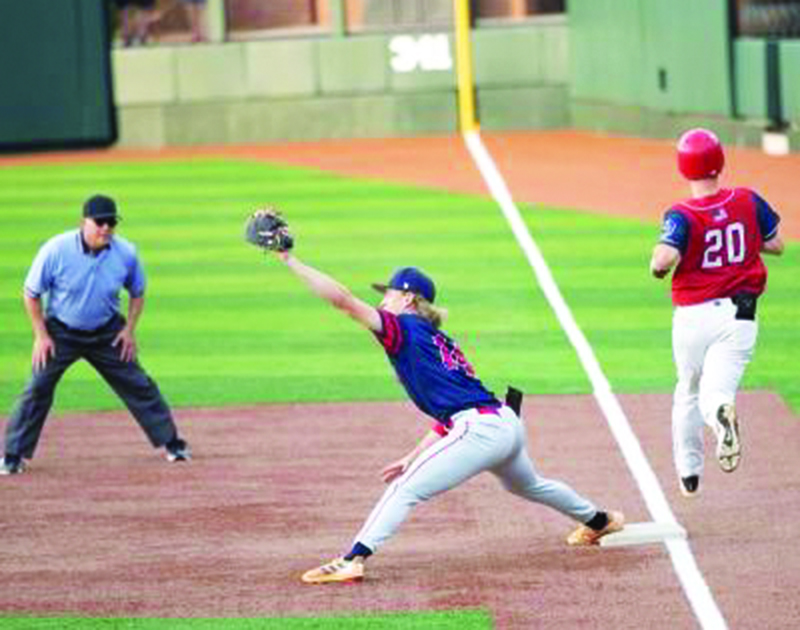 After winning four in a row, the Mocksville Senior Legion baseball team’s fun ended against visiting Kannapolis on June 19.

The Towelers socked three-run homers in the first and third innings while building an 8-0 lead. Mocksville’s hits came from Blake Little (1-3), Ryan Thiel (1-2) and Jackson Sink (1-2). Little extended his hitting streak to five games, and Sink had both RBIs.

Little got Mocksville’s first hit in the fourth as he led off with a single. Thiel and Sink followed with hits as Mocksville cut the deficit to 8-2.

Two days later on the road, it was another nightmare performance for Mocksville, which lost in four and a half innings.

The wheels came off in the bottom of the first, when Kannapolis got five hits and scored six runs.

Mocksville beat Davidson County, Greensboro and Concord (twice) during its winning streak, but Kannapolis was another animal. The Towelers reminded everyone that Mocksville is still a young bunch.

“We were feeling good about ourselves, and then we laid an egg two games in a row,” coach Charles Kurfees said. “Now we’re back to square one.”

Kannapolis finished with three times as many hits (9-3) and did not commit an error. Dejected Mocksville (6-12 overall, 3-3 Southern Division) had more errors (five) than hits as it endured the eighth loss by double-figure margins.

“It was bad,” Kurfees said. “They just hit the crap out of it. They’re a very good team. I haven’t seen all the teams yet, but they’re probably the best team in the division. They hit very well.”

Dan Loyd (1-3, two RBIs), Sink (1-2, double) and Christian Brown (1-1) had Mocksville’s hits. Parker Aderhold, Little and Major Bryant did reach with one walk apiece. Brown gave up three runs in 1.2 innings of relief, but all were unearned.