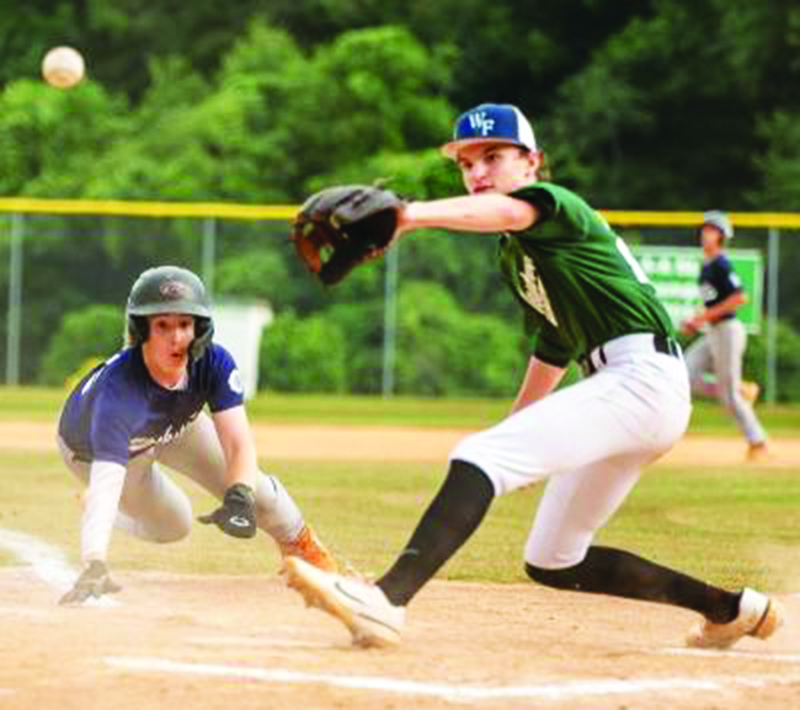 The Mocksville Junior Legion Developmental team took the lead late in the game and beat visiting South Rowan 4-3 on June 21.

It was the second straight win for Mocksville and the third straight game decided by one run.

The game was tied at 3 with Mocksville batting in the bottom of the fourth, when Caden Leazer singled on a 3-2 count, scoring one run and capping a three-run rally that erased South’s 3-1 lead.

In the first inning, South got its offense started when a guy singled and knocked in two runs.

Joshua Whitaker was credited with the victory for Mocksville. He went all five innings.

Whitaker (1-1, walk), Leazer (1-1) and Coco Colamarino (1-3) each had one hit as Mocksville overcame South’s superiority in hits (8-3). Mocksville made two errors, but South committed four.

In a rematch in Landis on June 23, South Rowan pulled away for good with four runs in the third inning to take the 5-1 lead.

Leazer had Mocksville’s only hit, going 1 for 2. South had four hits. Ayden Sanders, Brice Wilson and Cole Davidson drew walks. Mocskville (4-4) was hurt by three errors, compared to South’s one.