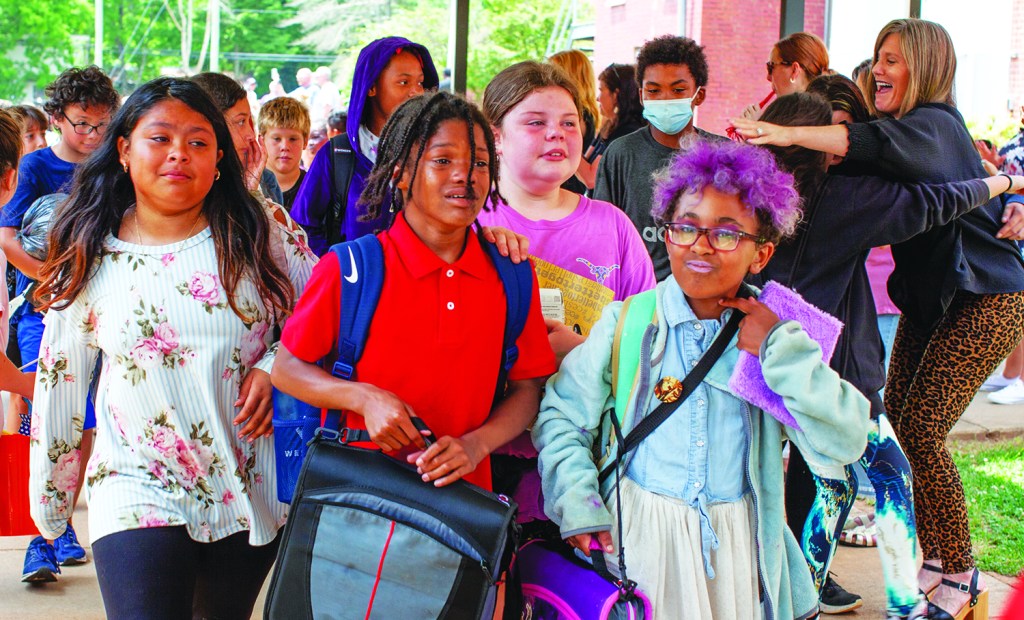 The fifth graders at Cooleemee Elementary were honored with a grand walk through of students on both sides of the walkway, who were clapping, cheering, blowing horns, bubbles were floating in the air, special posters were held high with shouts of goodbyes to the end.

The last day of school is filled with mixed emotions that can lead to tears and many hugs.

Ms. Tatum praised her fourth graders by saying it was the best year ever.  “This was a great good of kids, they worked very hard, test scores were great, so I’m very proud of their work.”

The music director, Erin Penley, had a great year. During COVID, she was forced to push around a cart to the classes, so this year the students were excited they could go to her classroom, which meant they could do more with less limitations.

Principal Angie Burgess said the staff decided at the beginning of the school year they would focus on a school mission: creating excellence for students.

Every student received a packet of marigold seeds which encouraged being positive and helping them find their positive self and to be a marigold to everyone, she said.   If the student became negative or discouraged the unopened seed packet would remind them of their ‘why’.  The teachers stayed focued on students because they are their ‘why’.

As the end of school was approaching, attendance increased with reduction of COVID numbers, growth occurred in social, behavioral, emotional areas and academics.