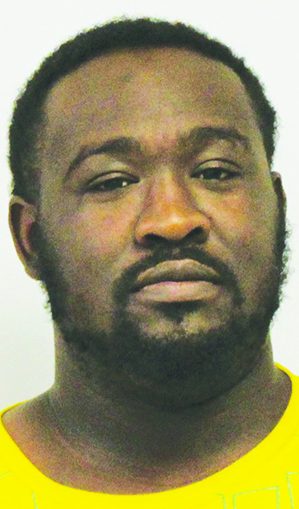 Two people are dead and two children are in the custody of social services after a double murder on Junction Road between Mocksville and Cooleemee on Sunday night.

Authorities are looking for the suspect: Anthony Laquane Brooks, 31, address unknown. He is 5-10 260 lbs., and should be considered armed and dangerous, Davie Sheriff J.D. Hartman said. He is known to frequent the Salisbury, Rowan County and Cooleemee areas.

They were not looking for him in the Junction Road area as of Monday, the sheriff said.

Hartman didn’t say why the shootings took place, but is requesting the public’s help in locating Brooks and with any information about the crime.

He said at about 10:21 p.m., deputies responded to 1199 Junction Road, Mocksville, to some type of disturbance.

“Davie County Communications advised that they had a 911 call in which a woman stated that someone was shooting at her,” according to a news release from the sheriff. “There was a loud disturbance that could be heard on the phone and then there was an open line but no one responding to the telecommunicator who was on the line.”

When deputies arrived, they located a male in the front yard deceased and a female in the residence deceased. Both had gunshot wounds. Deputies also located two young children in the residence unharmed. The children were placed in the care of Davie County Social Services.

There are two active warrants for murder against Brooks.

“Deputies continue to investigate and request the public’s assistance if they have any information,” Hartman said.

Hartman said there would be no further comments.