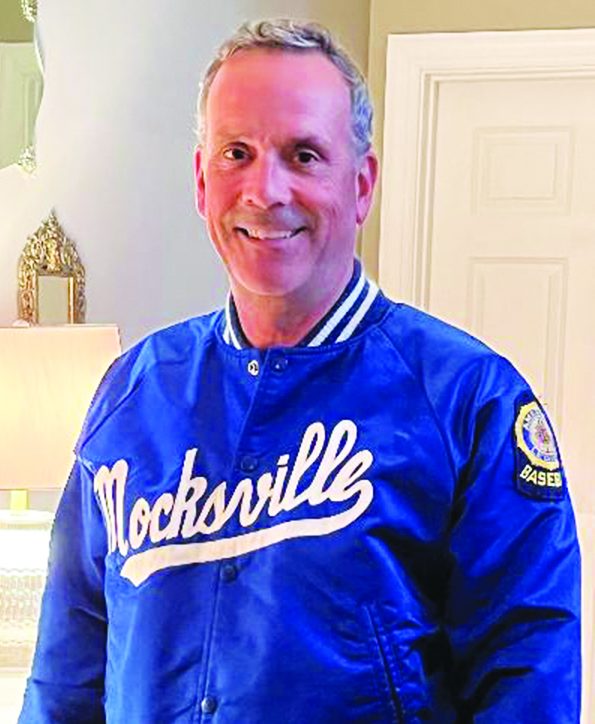 It's been some 40 years, but Todd Cassidy can still fit in that jacket from the 1982 Legion baseball team.

The Mocksville Senior Legion baseball team was in dire straits as recently as June 8. It started 0-4 between May 21-28, extending its losing streak to nine dating to 2021. It suffered a six-game skid between June 1-8. It was 2-9 with six losses by 10 or more runs.

The craziest thing has happened. Mocksville has pulled off a turnaround that nobody could have predicted. A 5-2 home win over Concord on June 18 marked the fourth straight win in a span of 10 days. Somehow, some way it rose to 3-1 in the Southern Division.

“We’re playing good as a team,” coach Charles Kurfees said. “We work them hard and they’re getting better.”

Mocksville could do no wrong in the second win in as many days over Concord, which belted Mocksville 17-1 in a May 28 non-division game. Dan Loyd, Blake Little, Ryan Thiel and Parker Simmons had big offensive nights, and Cole Whitaker and closer Hunter Daywalt provided strong pitching as Mocksville improved to 6-10 overall.

Mocksville pounced on Concord in the bottom of the first inning. Little stroked a one-out single and advanced to second on a balk. Loyd smacked a double. Then Thiel hit a double, only to see Loyd thrown out at home. But Daywalt and Jackson Sink followed with hits as Mocksville took a 2-0 lead.

The hosts doubled the margin in the third. Little singled, Loyd doubled and Thiel reached on an error to make it 4-0. In the fourth, it was 5-0 after Parker Aderhold’s hit plated Simmons.

Meanwhile, Whitaker churned out six innings on the mound. He scattered eight hits, walked one, struck out six and allowed one earned run. The outing matched his longest of the season, and his overall numbers are keep getting better, like 21 strikeouts against seven walks in 26 innings.

In the fourth, when it was 4-0, Concord loaded the bases with one out. The unflappable Whitaker kept his shutout going by striking out a batter looking and inducing a flyout to right fielder Sink. He gave up his first run in the fifth, but got help from Lawrence Hancock, who started a double play, to keep the lead at 5-1.

Daywalt took over in the seventh and got the save by fanning two of four batters.

“I was hoping Cole would get a shutout,” Kurfees said. “He just mowed them down. He did really good. He had I don’t know how many first-pitch strikes. Man, he got ahead of them and we played good defensive behind him. Cole was pretty much the story of the game.”

Mocksville had 13 total hits, including one from Aderhold, Daywalt, Sink and Hancock.