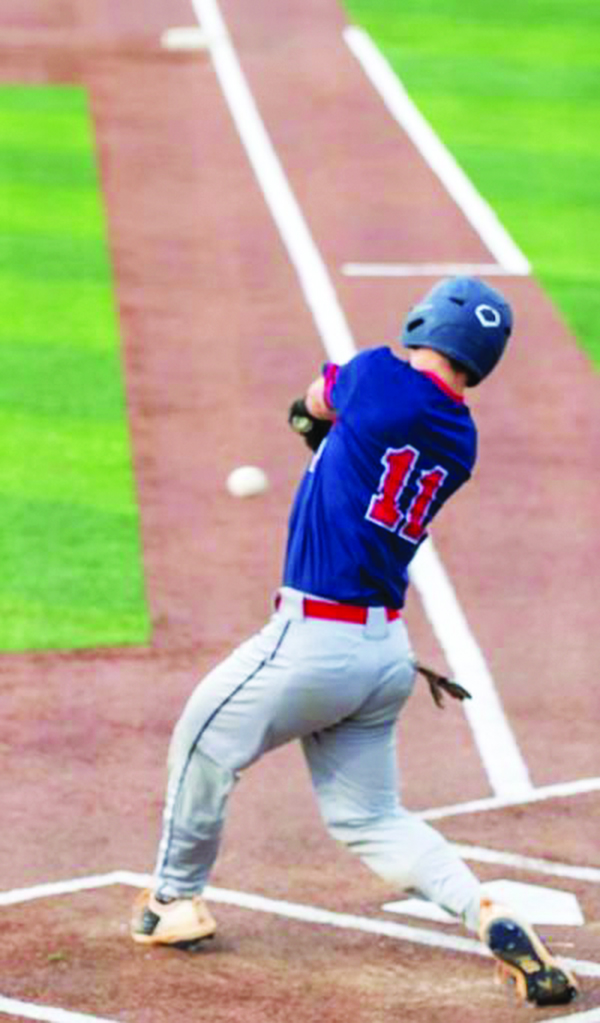 Concord pounded the Mocksville Senior Legion baseball team unmercifully back on May 28. The score in that non-division game was 17-1.

But Mocksville exorcised the May 28 demons in a June 17 game at Concord that counted in the Southern Division. Post 174 didn’t just win; it whipped Concord 7-2. Whoa.

A three-game winning streak lifted Mocksville to 5-10 overall and 2-1 in the division.

The Goose, Hunter Daywalt, has brought a jolt to the club since being pulled up from the junior team. The fifth-place batter went 3 for 4 with two runs and three RBIs. He’s hitting .400 (6-15).

“Blake had a great game,” Kurfees said of the shortstop. “He made a helluva play in the field, a major league play. It was a diving catch up the middle. He was on the ground and threw the guy out.”

Mocksville never trailed. In the top of the second, Daywalt scored on a Hancock single. After Concord tied it on a sac fly, Mocksville regained the lead in the third. Little ripped the first pitch for a triple. Loyd ambushed the very next pitch for a run-scoring single.

Mocksville broke it open in the fifth, getting a double from Loyd, a single from Thiel and a two-run single from Daywalt.

It delivered the knockout blow in the seventh, when Daywalt delivered an RBI single and Jackson Sink mashed a two-run double.

Starter Darren Shore didn’t have his best stuff, but he still managed to cover five innings. In an uneven outing, he struck out five and walked five. After a 1-2-3 first, he had to work around two walks in the third. He overcame a double and a walk in the fourth. After giving up a leadoff homer in the fifth, two singles and a walk loaded the bases. To Shore’s credit, he got the next man and kept his team’s lead at 4-2.

But Sink delivered his finest work of the season while making his fifth relief appearance. He faced the minimum in the sixth and seventh. In fact, Concord didn’t get the ball out of the infield against Sink, who earned the staff’s first save of the season.

“Jackson looked the best that I’ve seen all season,” Kurfees said. “Plus, he came in and hit a double that scored two runs.”