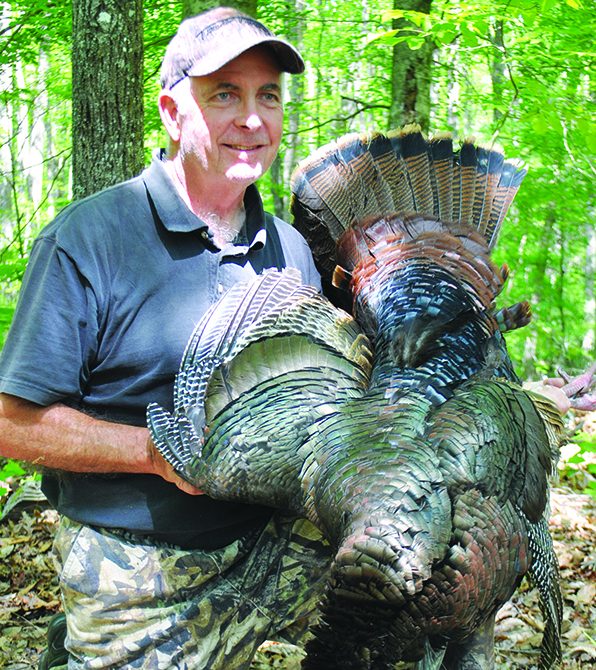 Turkey hunters are rooting for another couple of weeks of good weather, with clutches of eggs hatching and turkey poults hoping to survive the first few weeks of their lives.

North Carolina’s turkey hatch peaks shortly after Memorial Day and continues into June. The key to a successful hatch – besides predators not breaking up nests – is how well poults survive for several weeks before they replace their downy birth plumage with actual feathers. At that point, they begin to fly and can avoid predators on the ground and take better refuge from weather.

Periods of cold, wet weather spell disaster for tiny poults, as their mother hens have a difficult time keeping them dry. Once soaked by rain or wet ground foliage, poults have a difficult time drying out, often catching cold and dying. That’s why good weather from Memorial Day through mid-June is the overriding key to a good hatch.

The N.C. Wildlife  Resources Commission monitors the hatch via hundreds of observers who record turkey sightings. After those statistics are compiled, the commission will report on several important numbers: the percentage of hens observed with poults, and the average number of poults per hen. Any hatch that produces 2 poults per hen is a resounding success, but it’s been a long time since any Southeastern state has reached those levels.

June is when most of North Carolina’s whitetail fawns hit the ground running, so be aware that the little rascals will be showing up more this month.

Most whitetail does are bred from early November to early December; their gestation period is approximately 200 days. For the first several weeks of their lives, fawns are generally hidden by their mothers, who won’t venture far away in short absences to feed.

Fawns are protected nby their hiding places, and for several weeks, they emit little scent, so predators including foxes and coyotes have more trouble locating and preying on them.

Despite those factors, past surveys on deer herds in areas heavily populated by coyotes indicate that the predators take about half the fawns. Officials with the N.C. Wildlife Resources commission have said that it takes two adult does to produce a single, surviving fawn per year.

An acquaintance’s daughter ran into a tiny fawn one morning this past week. Hearing a strange, plaintive noise from an area in her backyard, she investigated and found a tiny fawn entangled in a garden fence. The fawn was freed and returned to the area outside the fence.

The N.C. Division of Marine Fisheries slapped recreational fishermen in the face again this month, announcing that the season on southern flounder will be four weeks instead of the proposed six.

NCDMF is intent on reducing the total (commercial and recreational) catch of southern flounder by 72 percent. NCDMF reported that recreational fishermen were responsible for 560,440 pounds of flounder removed from the fishery, including an estimated 150,000 pounds of fish that were hooked, caught and released but wound up dying.

As such, the recreational quota was reduced for 2022 to account for the fish that anglers took in 2021 that were over the anticipated catch level.

Fishermen will be allowed one flounder per day during the month-long season, with a 15-inch size minimum in play.

Commercial fishermen catch 70% of southern flounder in North Carolina waters. The commission, the appointed board that oversees the agency, voted earlier this year to retain that 70/30 split for at least two more years.