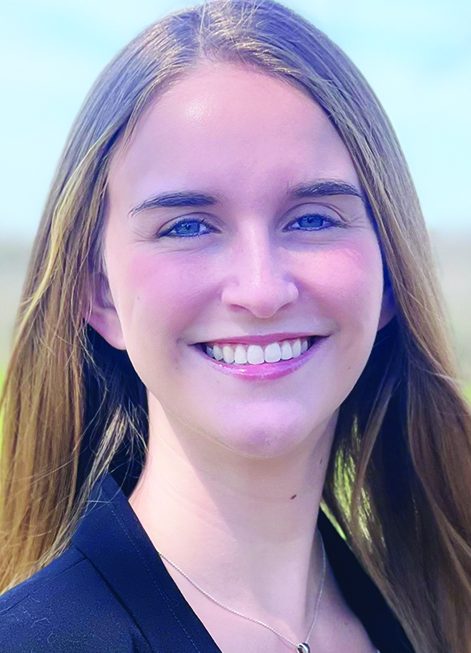 Foster is majoring in chemistry and neuroscience and is enrolled in the new Graduate Certificate of Applied Data Science as an undergraduate.

She serves as an Ambassador of the Order of the Bell Tower, the oldest General Alumni Association student group serving as the official student ambassadors and tradition keepers to the university striving to connect past, present and future Tar Heels.

Foster is employed by UNC as an intern and project coordinator for the NC Policy Collaboratory. She relays and tracts research progression as the Leibfarth Polymer Chemistry lab conducts research into PFAS (Polyfluoroalkyl substances) in North Carolina’s water supply. She has also served as an organic chemistry tutor and peer mentor as well as a member of the UNC Club Tennis team and Neuroscience Club.

Foster is the daughter of J. Allen and Marjorie Foster, and granddaughter of Evelyn Daniel, and the late Armand Daniel, James A. Foster, and Margaret Foster, all of Mocksville. She was the Davie High School Class of 2019 valedictorian.

The recent induction ceremony featured remarks by Chancellor Kevin M. Guskiewicz and Provost J. Christopher Clemens, and a keynote address by Terry Rhodes, Dean of the College of Arts and Sciences and professor of music.

A student who has completed 75 hours of course work in the liberal arts and sciences with a GPA of 3.85 or better on a 4-point scale is eligible for membership.