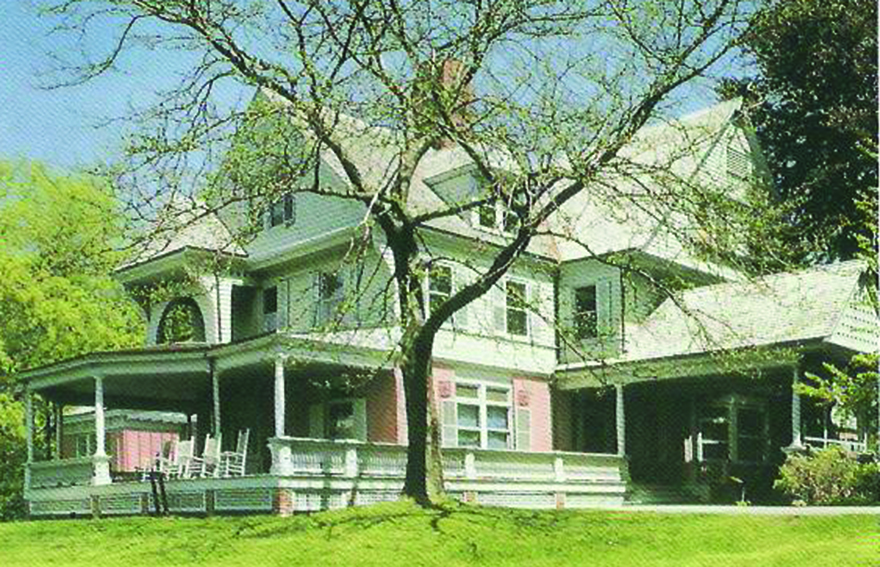 For the third time since George Washington was chosen as the first President of the United States, the vice president moved into the Presidency because the President had been assassinated.  That happened when Abraham Lincoln was killed while watching the play “Our American Cousin” at the Ford Theater in Washington, when James Garfield was shot at a train station by a disgruntled office seeker, and when William McKinley was shot by an anarchist at the Buffalo Exposition. When President McKinley was assassinated, Vice President Theodore Roosevelt moved into the presidency.

Theodore Roosevelt was probably better prepared than any of the former vice presidents to become president. He had not only graduated from Harvard University but had served in the following positions: New York Assembly, U.S. Civil Service Commissioner, president of the New York City Police Board, assistant secretary of the Navy, and as an Army officer who led his troops to victory when they stormed up Kettle Hill and then San Juan Hill in Cuba during the Spanish-American War.

When Roosevelt was asked about being the vice-presidential candidate of the Republican Party to run with William McKinley, he was reluctant because many considered the vice-presidency to be a do nothing job. Roosevelt was not a do nothing person. He always wanted to be active, real active, but he finally agreed to run. The McKinley/Roosevelt ticket won. Mr. McKinley was dead about six months after his second election, and Theodore Roosevelt became the 26th President.

Theodore Roosevelt was not a president born in a log cabin as many of the earlier presidents claimed to have been as if that was somehow a special honor.   Mr. Roosevelt was born at 28 E. 20th St. in New York City in a three-story house to which a fourth story was later added. Theodore’s family moved from that house as commercialism crept closer and closer. The house was finally torn down, and a replica has been rebuilt using information about the original house. Listed as Roosevelt’s birthplace, it is administered by the National Park Service and is furnished with many items that belonged to the Roosevelt family. The directions to the house are by subway only.

Roosevelt was a sickly child. His father did everything he could to help, but nothing worked.   Mr. Roosevelt finally told his son that he would have to cure himself through exercise, etc. Theodore attacked that project with a vengeance just as he did everything in his life. He exercised in every way possible, and it worked. He became quite strong. Roosevelt, who was tutored at home, was given many other educational opportunities such as foreign travel. He entered Harvard when he was 16.  After graduating Phi Beta Kappa, he entered law school but dropped out after about a year. While he was still in school, Theodore met and fell in love with Alice Hathaway Lee. After he graduated from Harvard, Alice and Theodore were married.

Mr. Roosevelt felt that he should give back to society so he ran for and won a seat in the New York State Assembly. While serving in the Assembly, he received word that his first child had been born and that his wife, the love of his life, was ill.  He rushed home, but nothing could be done to save his wife. The same day that Alice died, Theodore’s mother, who he adored, also died. It was just more than young Mr. Roosevelt could deal with so he left the baby with his sister and fled to the Dakota Territory.

Mr. Roosevelt bought two ranches and spent the next two years working as hard as any of the ranch hands at the Maltese Cross Ranch or at hisother ranch, Elkhorn. He stayed in the saddle for hours on end.

Finally he went back to New York, where he renewed an acquaintance with Edith Carow. That acquaintance led to marriage, a strong marriage. Five children were born to Edith and Theodore and they also had Alice who was born to Theodore and his first wife.

Before the Alice’s’ death, she and Theodore had been planning to build a house at Oyster Bay, N.Y.  While Mr. Roosevelt was in the Dakotas, he managed to have that house built. The Roosevelt family moved to Oyster Bay and never wanted to leave. They moved from that house, which was named Sagamore Hill, when a job required a move, but that house at Oyster Bay was always home for the Roosevelts. The Sagamore Hill house is one of the most interesting of all of the presidential sites because it was so closely tied to the Roosevelt family. It was there that Mr. Roosevelt rough-housed with his sons, who he required to involve themselves in body building activities. It might be wrestling or pitching hay, but those sons were always on the move as was their father. The father was sometimes even involved in their high-jinx activities.

Sagamore Hill is a big house.  It had 22 rooms and then the North Room was added. The North Room is the room which is Theodore Roosevelt all the way. There are preserved heads of big game animals which were killed during Mr. Roosevelt’s hunting trips. There are bear skin rugs on the floor. Mr. Roosevelt had that room built so he would have plenty of space to receive visitors after he got involved with politics. It is definitely big enough to receive almost anything—it is 30 feet wide and 40 feet deep. There is one room which was off limits to the boyish activity. That is Mrs. Roosevelt’s sitting room. It is a feminine room where Edith Roosevelt could escape from the noisy activities of her family.

There are other rooms open to the public, which contain the furniture, etc. that belonged to the Roosevelts, but the piazza is one of the most interesting parts. It once had a view of Long Island Sound but trees now block the view.  It was on the piazza or porch the Roosevelt was notified of his nomination for governor of New York in 1898, for vice president in 1900 and for president in 1904.  That porch is such an inviting place with its big rocking chairs that the visitor is tempted to just spend an afternoon.

Mr. Roosevelt died at Sagamore Hill when he was 60. He did not want a big fuss made when he died so he was simply buried at Youngs Memorial Cemetery at Oyster Bay, N.Y.  His wife, Edith, lived 29 years after the death of her husband. She continued to live at Sagamore Hill and continued to actively support Republican candidates for president. Edith died in 1948 and is buried beside her husband at Youngs Memorial Cemetery.