Legion gets off to rough start 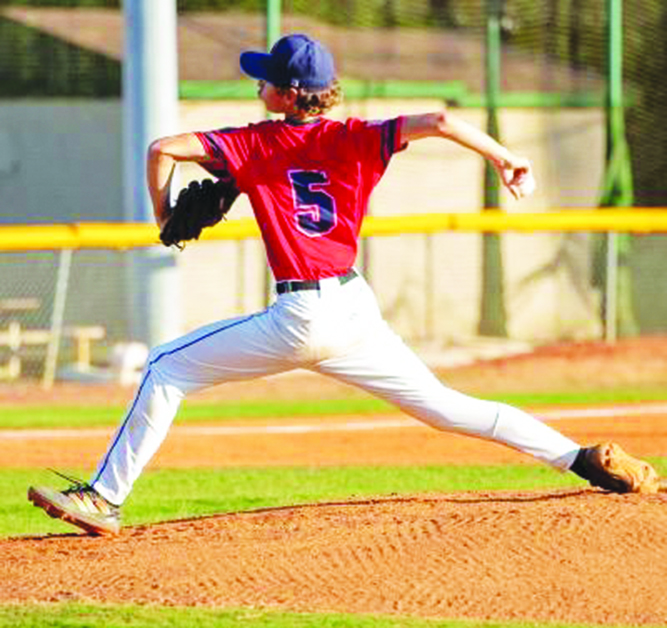 Even though it wound up being lopsided, Mocksville competed hard in the season opener, a 13-3, six-inning home loss to Matthews on May 21. With Darren Shore throwing well, Mocksville trailed 4-2 after five innings.

But the floodgates opened in the Matthews sixth, when the visitors erupted for nine runs.

Mocksville’s chances were doomed by four errors. Shore gave up four runs in five innings, but only two were earned. Five of Matthews’ seven runs against reliever Jackson Sink were unearned.

“We played really good for five innings,” coach Charles Kurfees said. “There was a lot of excitement. Man, it really felt like the old days. It was a lot of fun. There was a decent crowd. Some of those kids had never played in front of a crowd that big.”

Matthews doubled Mocksville in hits (14-7) and made zero errors.

One night later, Mocksville got trounced at Randolph County, 17-5. Three nights later at home, Mocksville absorbed another beating from Randolph, 18-4.

Kurfees considers Randolph as close to unbeatable as a Legion team can be.

“They may not lose a game,” he said. “I’m surprised the fence is still standing the way they hit it. They are pretty durn stacked, and they don’t even have the Randleman (High) kids yet. Randleman’s center fielder is going to play for them and he’s supposed to be the real deal.”

Mocksville did not get on the board until it was 17-0, scoring four of its runs in the seventh. Randolph, meanwhile, piled up 15 hits.

“I saw the third- or fourth-longest home run I’ve ever seen,” Kurfees said after the home loss. “They are good. I can’t say anything bad about my boys.”

Assistant coach Todd Bumgarner added: “It’s been a tough deal; we’re young and inexperienced. We’re trying to see who can do what. It doesn’t help that Randolph is freaking loaded.”

Mocksville fell to 0-4 and watched its losing streak expand to nine dating to 2021 in a home game on May 28. This was the first of two games on the day.

“They beat us like a drum,” Kurfees said of Concord.

Mocksville had more errors (five) than hits (four) as it allowed 11 unearned runs.