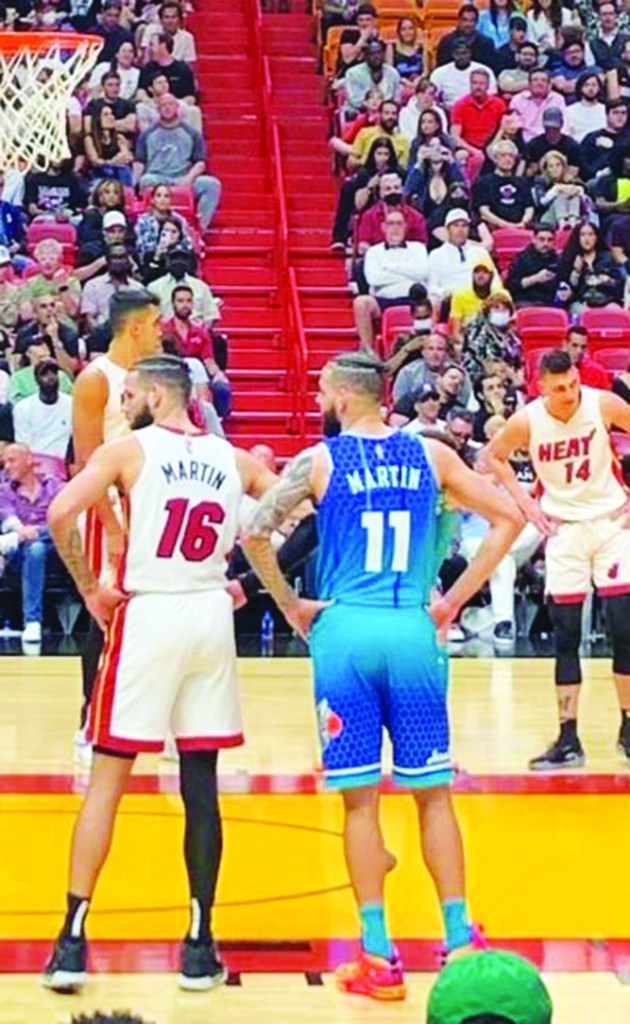 Caleb Martin’s first season with the Miami Heat came to an end when Boston beat Miami in Game 7 of the Eastern Conference finals, but Martin hopes 2021-22 was the first of several seasons in South Beach.

“I want to be here (in Miami),” he said on May 31 in his exit interview. “I got better here. I feel like my team and staff believe in me and feel I’ll get better here.”

Martin’s third year in the NBA was a feel-good story. In August he was cut after two seasons with the Charlotte Hornets, forcing the Martin twins to go their separate ways for the first time in their lives. (Cody Martin averaged 7.7 points, 4.0 rebounds and 2.5 assists for the Hornets this season.). A few weeks later, Caleb signed with Miami on a two-way contract.

All he did was become one of the NBA’s best players to ever play on a two-way contract. He did so well that Miami converted him to a standard contract in February.

He averaged 9.2 points, 3.8 rebounds and 1.0 steals – all career highs – across 60 regular-season games, including 12 starts. His shooting percentages were solid – 50.7 percent on field goals, 41 percent from 3-point range and 76 percent from the foul line. His biggest highlight was scoring 28 points, hitting six 3s and grabbing eight rebounds in a Dec. 8 game against Milwaukee.

Martin did play a smaller role in the postseason, which was not unexpected. In 17 playoff appearances, he averaged 4.5 points and 2.2 rebounds in 12 minutes of playing time.

Now Martin is an impending free agent; free agency beings July 1. He sure hopes Miami signs him to a new deal. Since he quickly became a fan favorite and constantly drew praise from coach Erik Spoelstra, it would be surprising if he’s not back in Miami in October.

“I feel like once I got here, I knew pretty quickly that these are my type of guys – mentally, the work ethic and to every aspect in this organization. (Miami) is the place for me. That’s what it’s felt like since I got here.”