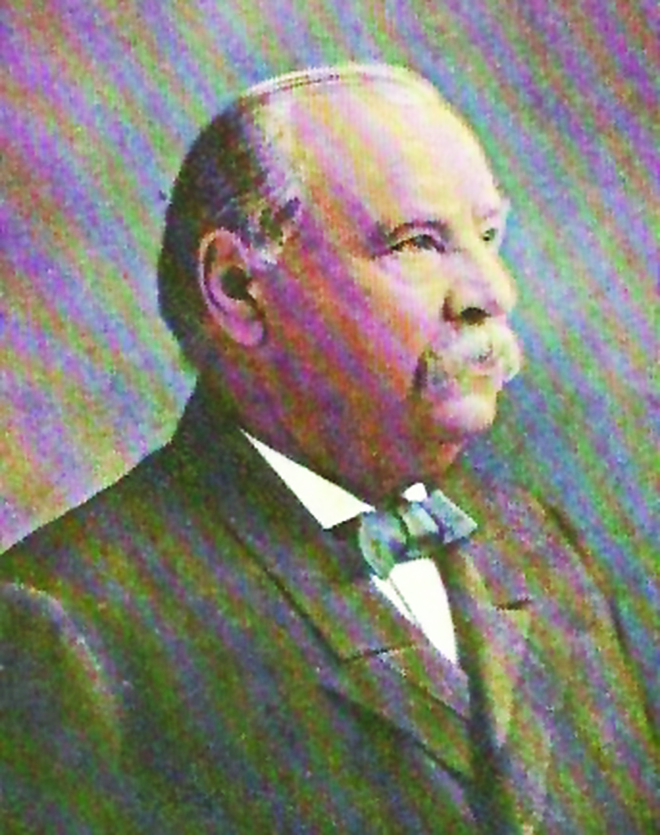 Grover Cleveland, the 22nd President of the United States, did something that one other president to date has done.

He was elected to another four-year term as president after he lost his bid for re-election at the end of his first term. After Cleveland had been out of office for four years, he once again became the Democratic candidate for president.

He chose Adlai E. Stevenson to run with him as vice president.  The Cleveland/Stevenson ticket won and Grover Cleveland, the 22nd president, then also became Grover Cleveland, the 24th president. Some people think that he should only be listed one time, but, in most lists of Presidents of the United States, he is listed as number 22 and 24.  The Adlai Stevenson, who was vice president during Cleveland’s second term, is the grandfather of the Adlai Stevenson, the Democratic candidate for president, who ran against Dwight Eisenhower in 1952 and 1956, and he was handily defeated both times by General Eisenhower I found that interesting, but I forget that most of you were not even born in 1952.

When the Clevelands left the White House at the end of his first term, Frances Cleveland, who loved being First Lady, told the staff to take care of things because they would be back. That prophesy proved to be correct. Four year later Cleveland was again elected President.

While he was president, the Clevelands spent the summers at a 27 acre property which north of Georgetown, called Red Top. The rock house there was demolished and that area is now Cleveland Park.  That is one of the few sites connected to President Cleveland which is open to the public.

After Cleveland’s second term in office, the family moved to Princeton, N.J.  His home there was called Westland was located at 28 Bayard Lane.  Mr. Cleveland bought that house for $30,915.00. The Clevelands’ home in Princeton is described the book,
“Cabins, Cottages, and Mansions” by the Benbows, in the following manner: “The Georgian-style structure has a pillared front porch, palladian windows on the upper level and four squared off chimneys in the center. It was modeled after Morven (which was, until recently, the New Jersey governor’s mansion). Mr. Cleveland had the house expanded by adding rooms to the rear of the house.  Sometime later these were separated into another house.”  This house is now privately owned and is not open to the public.

The Clevelands seemed to enjoy living in Princeton. They became friends of Woodrow Wilson, who was at that time President of Princeton University.   In McPherson’s book, “To the Best of My Ability, The America President,”he included the following words: “Wilson praised Cleveland as the only president between 1865 and 1898 who played a leading and decisive part in the quiet drama of the national life.”  During his retirement years, Cleveland occasionally wrote articles on political matters for publication.  He was approached about running for president again in 1904, but he was not interested.

The Clevelands spent their time in Princeton entertaining Princeton. faculty and students. Grover and Frances Cleveland enjoyed being able to spend time with their big family. They had five children. Their first child was Ruth, who became the sweetheart of the nation while Cleveland was president, died when she was 12.  The second Cleveland child was born in the White House. She was the first child of a president to be born there. Her name was Ester.  The Clevelands then had a third daughter, Marion, who was born in 1895, and two sons, Richard, born in 1897 and Francis born in 1903.

Several years after the family moved to Princeton, Mr. Cleveland’s health began to fail. The only man to serve split terms as President of the United States died on June 24, 1908. He was buried in the Princeton Cemetery beside his daughter Ruth.  The following are among Cleveland’s last words, “I have tried so hard to do right.”

About five years after the death of her husband, Frances Cleveland married Thomas Preston Jr., a professor of archaeology at Princeton. She and the professor continued to enjoy life in the Princeton community. Twenty-six years after the death of her first husband, Frances died in her sleep. She is buried in the Princeton Cemetery beside her first husband, the former President of the United States, Grover Cleveland.

At Princeton University there is a tower at the main entrance to Princeton’s Graduate College. It was built by public subscription to honor the former president. The money for a carillon to be put in the tower was raised by the Class of 1892 and was finally installed in the Cleveland Tower in 1927. The Princeton University Carillon is the fifth large carillon in the country and one of the largest in the world. Since 1993, there has been a Summer Carillon Series at the Cleveland Tower which features carillonneurs from around the world.

The number of sites that have a connection to President Grover Cleveland are somewhat limited, but those available to the public are quite interesting.

Probably the most interesting is Cleveland’s birthplace in Caldwell, N.J., which was described in last week’s article and is open to the public for scheduled tours. Then, there is the park north of Georgetown where the Cleveland family summered in a house called Red Top. The house is not there, but the area is now Cleveland Park. You can visit the graves of Cleveland and his wife in the Princeton New Jersey Cemetery.

The Cleveland Tower, which has a carillon in it at the entrance to the Princeton Graduate College, and you could see at any time.   The real treat would be to be at Princeton when the Carillon Series is presented with people from throughout the world.  A fun thing to do would be to climb to the top of the tower in the spring to watch the sun rise, which people enjoy doing.