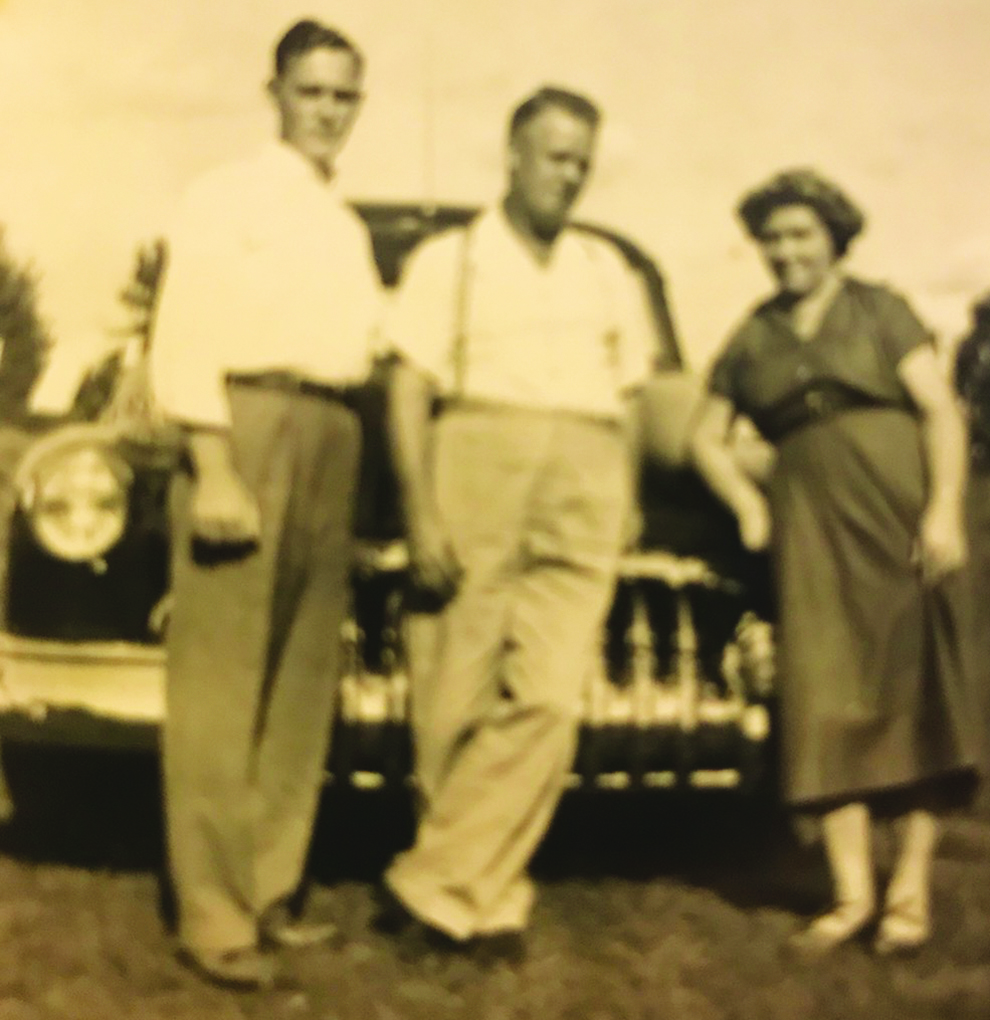 Looking for an enjoyable event with good food?  Have a love for vintage and antique vehicles? Then attend the “Cruise-In” at Piney Grove AME Zion Church this Saturday, June 4. Activities begin at 10 a.m. and include sale qof fish, barbecue, hotdogs, desserts, bottled water, and soft drinks. If you have a vintage or antique vehicle, bring it with you for others to see.

The Baptist Men of Society will meet at 7 a.m. Saturday in the fellowship hall. The men invite others for breakfast and prayer.  They will discuss upcoming community projects and needs.

Society Baptist will have a Bible study for women at 7 p.m. Thursday.  The topic will be Abigail in the Old Testament. The women invite others.

Our community sends get-well wishes to Andy Cartner and Roy Shoffner.  Andy was to have total knee replacement surgery yesterday (Wednesday). Roy had cataract eye surgery last week and is recuperating at home. Lucille Beck has improved and is recuperating at home. Rayford “Tink” McDaniel continues to rest at home with palliative care. Tommie Ross and Alice Waugh remain in rehab at Davie Nursing and Rehabilitation Center.

Join us in prayer for the Lord’s divine healing and blessings upon Andy, Roy, Lucille, Tink, Tommie, Alice, and others who are having health problems.  Remember in prayer Clarksbury Pastor Cliff and Christi Wall & family;  her step-father died last Saturday in Alabama. Pray for those affected by the mass shooting in Uvalde, Texas, last week and in Taft, Okla. last Sunday. Continue to pray for the citizens of Ukraine as they fight to preserve their democracy against autocracy and communism. Also, pray for those affected by covid-19 and its variants.

Word has just been received of the death of Jerry Mikle Campbell, who died Sunday. Arrangements are incomplete with Nicholson Funeral Home of Statesville (704-872-5287).

For news and memories to share, please call or text Shirley on 336-492-5115 or email sdtlink@hotmail.com.

Our community news will again honor all students who graduated, earned a professional certificate, or received an honor or award the past year.  If you did or know of someone who did; please call, text, or email details and/or photo.

Last Monday was Memorial Day  –  a day for our country to remember those who have died while serving our country. Originally called Decoration Day, it began as people in different parts of the country decorated the graves of the Civil War dead. Memorial Day was officially proclaimed on May 5, 1868, and was first observed on May 30, 1868, when flowers were placed on the graves of Union and Confederate soldiers at Arlington National Cemetery.

After World War I, Memorial Day was changed from honoring just those who died in the Civil War to those Americans who died fighting in any war. Memorial Day was officially changed to the last Monday in May when Congress passed the National Holiday Act of 1971 to ensure 3-day federal holiday weekends.  Our community pays tribute to all fallen troops who paid the ultimate price, their lives,  for our protection and freedom.  We are forever indebted to these young men and women and their Gold Star families for their sacrifice.

We again remember these young men from our community who gave their life for our country:

No words can ever express the depth of our gratitude and respect to their families. If you know any of the relatives of these young men, please call them to express your gratitude for their sacrifice. The heart ache Gold Star families   –   parents, spouses, siblings, etc.   –   bear is tremendous.

This year we follow our tradition of recognizing some of our County Line deceased veterans   –   Elbert Duncan and Mack Vannoy and son Joseph “Joe” Vannoy.

• Elbert Duncan was born May 22, 1922, in South Carolina to the late Charles and Alma May Brown Duncan. A graduate of Iredell County schools, he married County Liner Faye Felker in 1942.

Elbert answered Uncle Sam’s call for help in 1941 and served with the US Army in World War II in Europe, North Africa, and Sicily and was awarded the Silver Star for his work in Sicily. He was also a part of the D-Day Normandy invasion at Omaha Beach.

After his return from the war in 1945; Elbert and Faye welcomed son Dean in 1946 and, with young son Dean, joined in worship at Society Baptist, where he served as superintendent of Sunday school. In the early 1950s the family moved to Statesville, where he retired as cabinet maker for the Iredell County Maintenance Department.

On Oct. 25, 2010, Elbert went to be with Jesus, whom he had faithfully served in life.  He was laid to rest with full military graveside service in Oakwood Cemetery of Statesville.

• Mack Ray Vannoy was born on Sept. 2, 1894, in Ashe County to the late Joseph Leonard and Lillian Colvard Vannoy. He answered his country’s call for help in World War I and served honorably in the US Army. After his military service he married fellow Ashe County resident Minnie Little. The couple welcomed the birth of their children Virginia in 1923, Lucille in 1924, and Joseph “Joe” in 1926.

Virginia and husband Brown Porter and their children Eddie and Kay moved to US 64 West in County Line near Ridge Road in the mid-1940s. When the couple built another home a few miles west on US 64, Mack and Minnie and son Joe then moved to the Porter’s prior home on US 64.  The Porters and Vannoys joined in worship at Society Baptist Church, where they became faithful members.

After his return from the war, he married the former Geraldine Wyatt. The couple welcomed son Danny in 1952, built a home adjacent to his parents on US 64 West, and joined in worship at Society Baptist.

Sadly, Joe’s health declined a few years later due to heart problems. He died after heart surgery on Oct. 20, 1956, 10 days short of his 30th birthday. He was laid to rest in the Society Baptist Cemetery. Geraldine died in an auto crash in 1958 in Pennsylvania. Danny returned to live with his Grandma and Grandpa Vannoy, who died in 1979 and 1982, respectively; they were laid to rest beside their son Joe at Society.

Here’s hoping you enjoyed this flashback of these military men.  Much appreciation is given to their families for sharing photos and data.  We appreciate their service to our country.

Words can never express the gratitude we have to the families of the young County Line men who gave their life that we might live in a free world.  Be sure to call a Gold Star family and thank them for the sacrifice of their loved one.