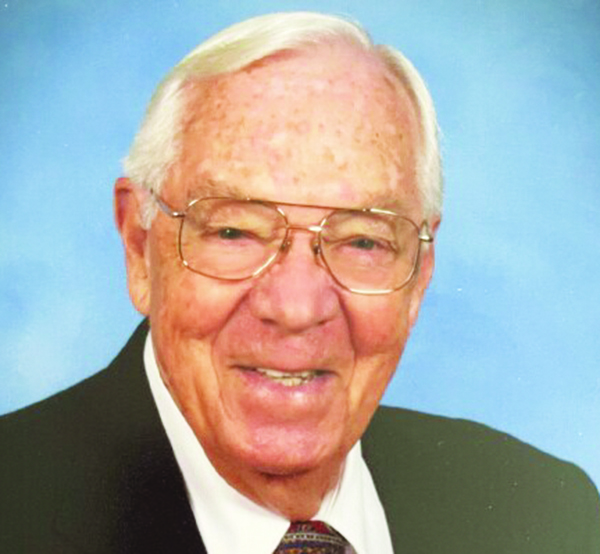 Gene Honeycutt 94, of Mocksville, passed away Sunday, May 22, 2022 at the Kate B. Reynolds Hospice House in Winston Salem, NC.

Eugene Taylor Honeycutt was born March 21, 1928 to the late Mr. and Mrs. A.J. Honeycutt. He is preceded in death by: his twin sister, Kathleen Seibert, and sisters Dorothy Brown and Margaret Neel.

He leaves behind his: wife of 68 years, Phyllis Spencer Honeycutt; his loving daughter, Gena (Rob) Taylor; 2 adoring granddaughters, Morgan and Madison; his brother, Pete Honeycutt; along with many special extended family members and dear friends.

He attended Troutman High School and served in the 175th MP Battalion of the U.S. Army during the Korean Conflict and was stationed in Stuttgart, Germany. Following his return home, he asked the love of his life to marry him, and they united in marriage in 1953.  He served in the Army Reserves for 4 years and he and his brother opened Honeycutt’s Gulf Service Station. Gene served 30 years with the Troutman Fire Department, from 1953-1983, and served as the chief in 1963. He began his career with the Iredell County Sheriff’s Department in 1965. One of Gene’s greatest passions in life was his welding shop where he built spiral staircases, utility trailers, and much more. He was a dedicated and involved member of Holy Trinity Lutheran Church for over 60 years, serving on committees throughout those years. Sgt. Honeycutt retired from the Iredell County Sheriff’s department after 27 years in 1993. He was a member of the American Legion, has been honored as a 50-year member of the Troutman Lion’s Club, was a past Patron and member of the Order of the Eastern Star, George M Young chapter in Troutman. He was a proud member of the Masonic Lodge since 1969 and served as Master of the Lodge in 2001. He recently received his Masonic 50th year pin.  After retirement, he worked part-time at the Troutman Funeral Home for over 25 years. In his final years, he and Phyllis moved to Mocksville and spent time every day with their daughter and family who loved him very much. Throughout his 94 years, Gene was an active and friendly member of his community, and close friends describe him as a “gentle giant” who never met a stranger. His kind and humble nature will not soon be forgotten by friends and family, whom he cherished, loved, and spoke fondly of until his final days.

The family would like to thank the Trellis Hospice Davie Team and the Kate B. Reynolds Hospice House for their kindness and care.