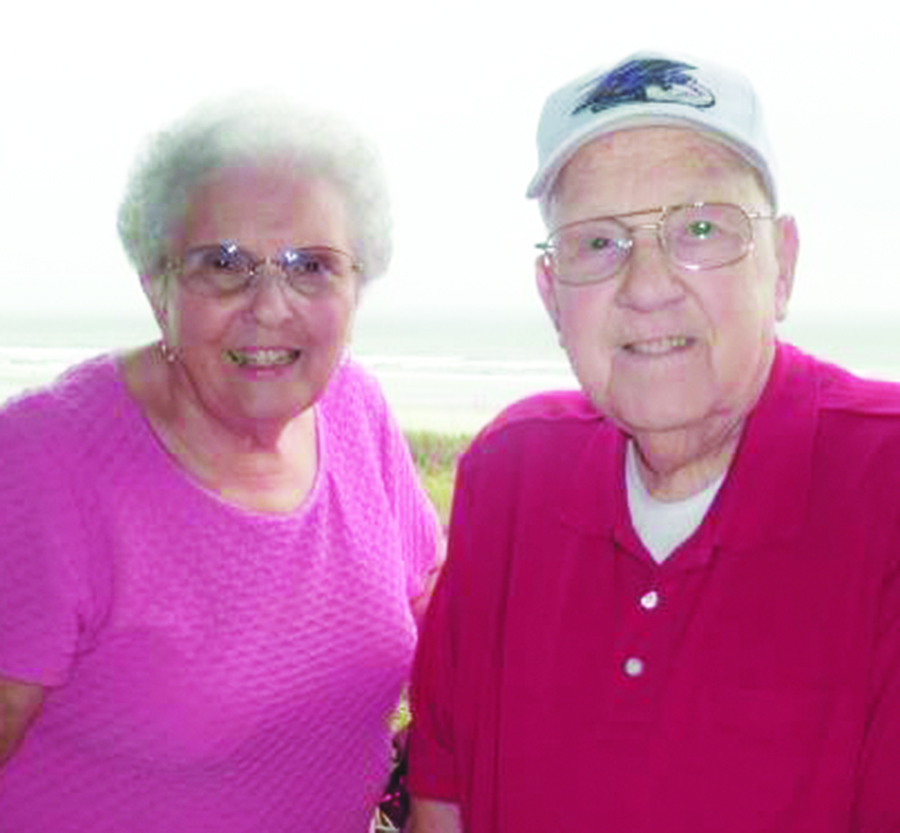 Monday is Memorial Day, set aside to remember those young men and women who have given their lives in military service to our country.  Please remember you have the freedom to celebrate as you wish because many fought and paid the ultimate sacrifice.

A “Cruise-In” begins at 10 a.m. Saturday, June 4 at Piney Grove AME Zion.  There will be fish, hotdogs and barbecue for sale.

Our community sends get-well wishes to Rhonda Griffith Bridgeman, who was hospitalized last week for a heart procedure and is now recuperating at home. Lucille Beck remains in rehab at Iredell Memorial Hospital. Rayford “Tink” McDaniel continues to rest at home with palliative care. Tommie Ross and Alice Waugh remain in rehab at Davie Nursing and Rehabilitation Center.

The second Sunday in May is always extra special.  It’s Mother’s Day – a day we pay extra honor and appreciation to our mothers, living and deceased. A mother’s love is forever and is unconditional; she is the heart of every family.

This year our oldest mother in attendance at our local churches was Mrs. Eva Campbell of Piney Grove AME Zion, who celebrated her 97th birthday last March.  This year we follow our tradition of recognizing a senior living mother and a deceased mother,  Margaret Ann Cartner Shew and Betty Louise Snider Stroud, respectively.

Fellow County Liners Claude Wilson Cartner of Davie Academy Road and Mary Louise Gaither of NC 901 were married in Iredell in 1932 and welcomed the birth of their first child Dec. 15, 1933 – daughter Margaret Ann.  She had several playmates as by 1949 Claude and Louise added sons Tommy, Edgar, Lee, and Mickey and daughter Jenny plus a son who died in infancy.

Margaret Ann began school at Cool Spring High in August 1938 and graduated in May 1951. She joined her family in worship at Salem United Methodist Church, where she became a lifetime dedicated member and member of the United Methodist Women.

On Oct. 8, 1955, she married Paul Shew of Iredell, and he joined her in worship at Salem. She became a mother on Oct. 30, 1956, as the couple welcomed daughter Paula. The births of daughters Darlene and Teresa followed in 1959 and 1965, respectively. The family made their home on Davie Academy Road at Shady Knoll Lane.

Margaret Ann has been active in community affairs   –   County Line VFD Ladies’ Auxiliary, Davie Academy ECA, Ruritan, and Woodmen of the World. She also served as director of Davie County Board of Elections for 33 years.

The year 2017 brought sadness as her beloved Paul went to be with the Lord and loved ones in Heaven on June 26. Today she enjoys the comfort of her home and the love and care of her daughters and their families.

Phillip Hosey Snider and Ada Melinda Murphy were married in February 1916 and lived in the Davie Academy and Ridge roads area of County Line most of their married life. The couple began their family with daughter Sadie in 1917 followed by three sons and four daughters by 1939.

Their sixth child Betty Louise was born Aug. 22, 1929 in Davie. She attended Davie Academy and, after it closed May 1937, transferred to Cool Spring High School, where she graduated in 1947. In her youth she was an active member of Society Baptist Church, where she met Kenneth Stroud in Bible school the summer of 1950.

Betty and Kenneth were married March 24, 1951, by Pastor Wade B. Rimmer.  In 1952 the couple welcomed the birth of son Gary. They settled in Statesville, where Betty had clerked at Statesville Rexall Drug since graduation. 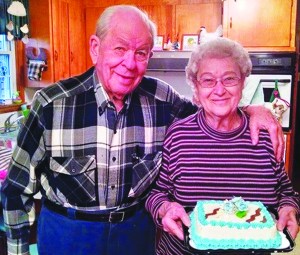 Kenneth and Betty later bought the Amoco business at NC 901 and US 64 West, formed Ken’s Amoco, and operated it about 20 years until 1978. They welcomed daughter Susan in 1961 as they made their home upstairs at the store until building a home on Davie Academy Road.

After closing the business, the couple then operated a beef and poultry farm and joined in worship at Society Baptist Church. Betty then also worked at Hanes for 10 years. In 1986 the couple donated land on Davie Academy Road for Calvary Baptist Church, where the family became active members.

The year 2017 was sad as her beloved Kenneth died April 18 after a few years of declining health. Throughout her life until her death Jan. 9, 2021, Betty loved to sing whether in a church choir or trio. A graveside service celebrating her life was held in Calvary Baptist Cemetery, where she was laid to rest.

Here’s hoping you enjoyed this flashack of these two mothers. Both have been supportive of our community news.  Margaret Ann  was my first primary weekly contact for items of interest from the Salem area for several years. I still call her at times when I need to check or supplement my memory about an item of interest in County Line.

With the exception of the two years of Kenneth’s health decline until shortly before her last hospital stay, Betty was my primary weekly contact for Calvary area items of interest since our news began September 2003. Their help and support has been greatly appreciated.  Without the help of folks like these two, we would have no community news.