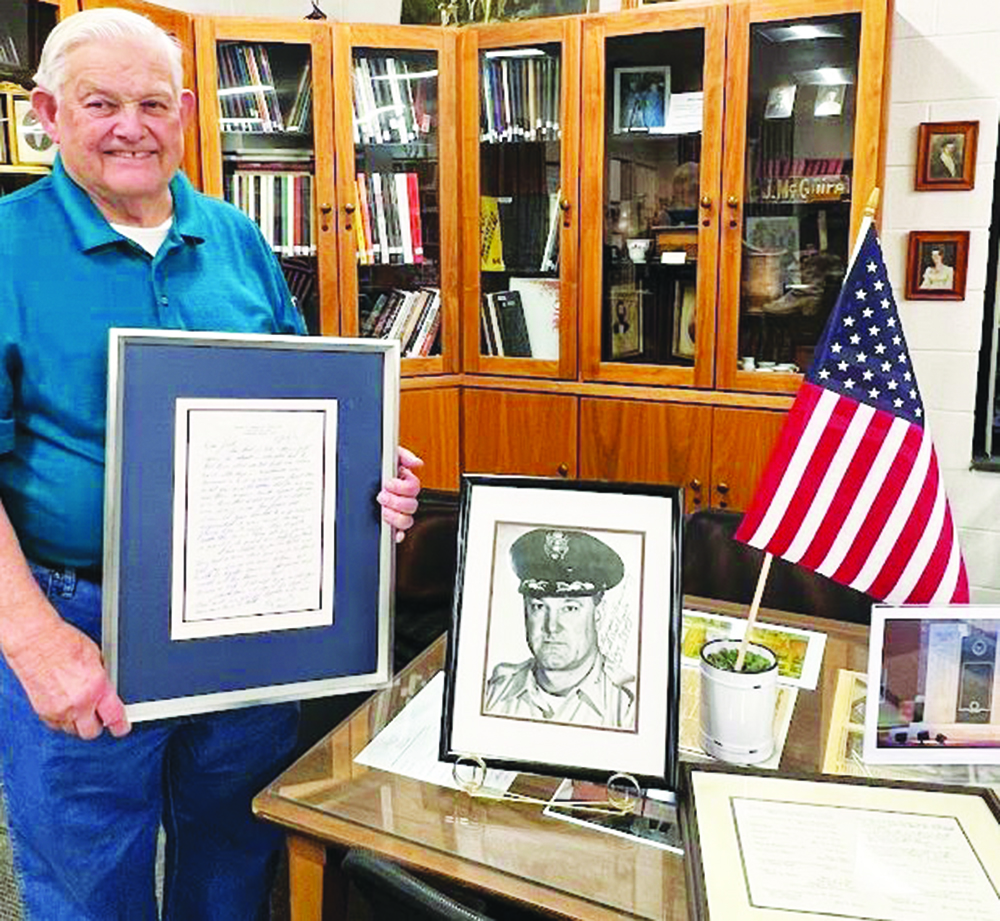 Jack Koontz holds a thank you letter from Col. Tom Ferebee received after the dedication of the monument.

Their names are chiseled in stone on a monument on the square in Downtown Mocksville.

They are the military heroes from Davie County, the men and women who were sent to fight for their country and never returned home.

Jack Koontz remembers well Nov. 7, 1987, when that monument was dedicated in a parade and ceremony that filled the square with thankful residents. He presented some of that history last month when he spoke to members and guests of the Davie County Historical and Genealogical Society.

Col. Thomas Ferebee, Davie native and bombardier on the Enola Gay that dropped one of the two atomic bombs on Japan, was the guest speaker. His speech is included in a video, and also transcribed in the book “Davie County Veterans’ Memorial” by Marie Craig.

It was a solemn, proud event and well attended as tribute was paid to the organizers and the deceased whose names are chiseled into the stone, he said.

A memorial service the night before the ceremony was held at First United Methodist Church in Mocksville, where the names were read. Extension homemakers provided refreshments after the ceremony.

Koontz also talked about the lightning strike that damage the base of the monument. It was equipped with a better lighting system after being repaired by the county.