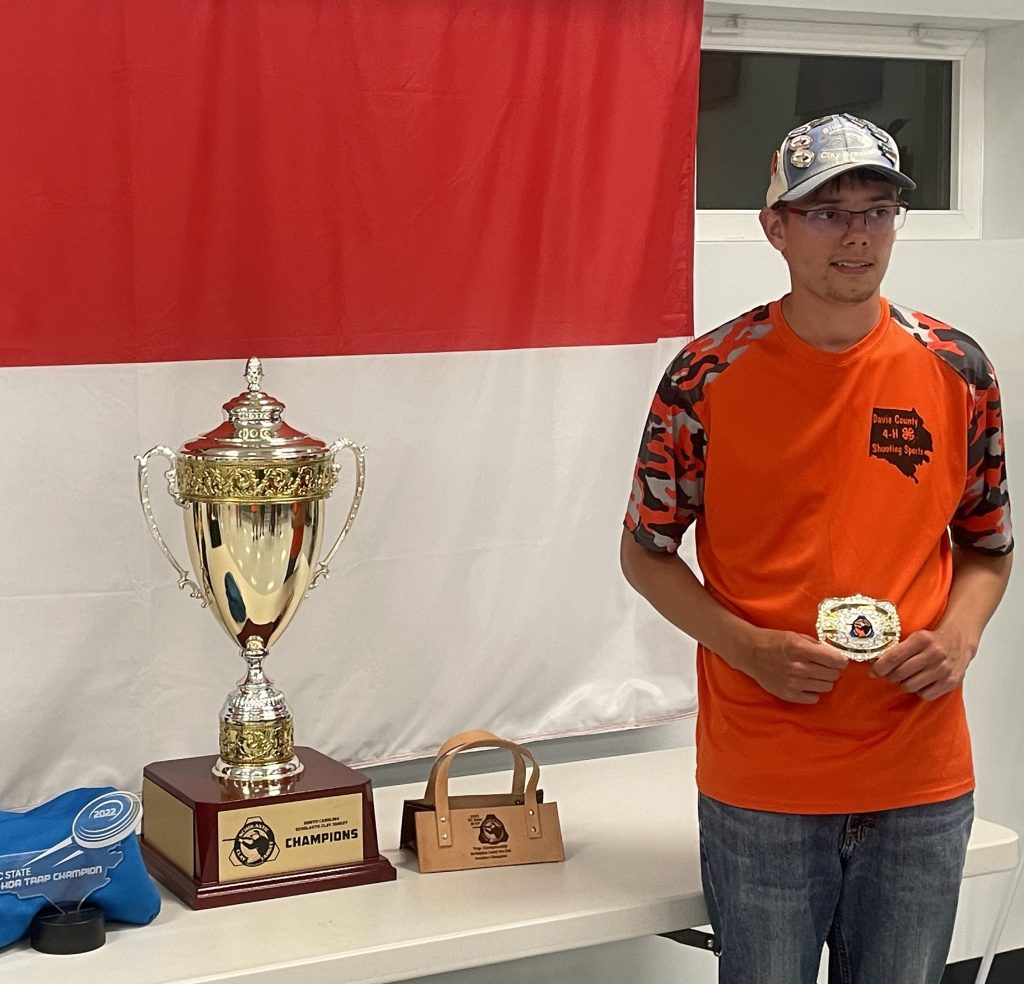 TCYSS team member Caleb Mathis broke 99/100 of the targets in the main event, the “Singles Event” to become the 2022 NC SCTP Trap Champion. Caleb also won the Doubles Event and was the High Overall or HOA for all three combined events, Singles, Doubles, and Handicaps.

This was Caleb’s second year shooting as a varsity competitor in the state championship. Last year he came up just short, finishing second to teammate Gracie Marshall, although he was Doubles Champion and HOA last year as well.

Gracie finished fourth this year with a 95/100.

Other teammates were Naomi Hellard 83/100 who placed ninth for varsity, Charles Whisenhunt shooting in his first State Trap Championship, and Connor Mathis 87/100 who finished fourth in the Intermediate Divison.

“It was a cold, windy rainy day in Rockingham County, but these kids were troopers throughout,” said Nelson Cowden.