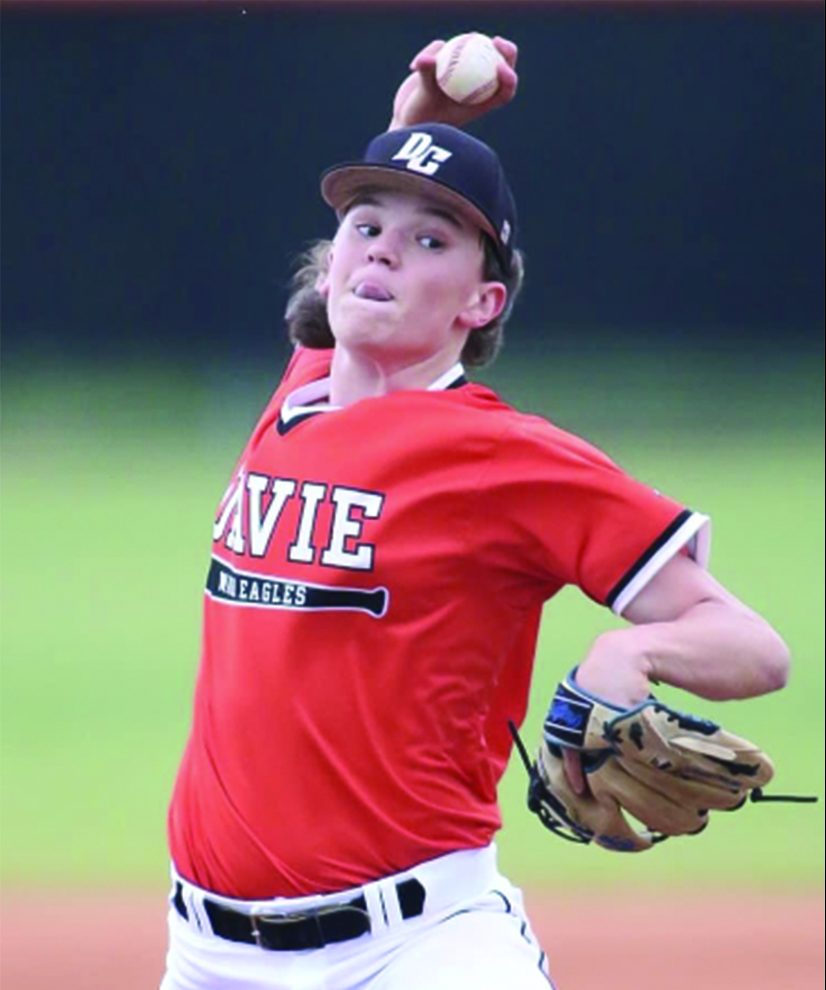 Fittingly enough, the Davie JV baseball team roared in front in the fifth inning at Glenn and won going away. Time and again in 2022, the War Eagles pounced in the late innings, and the season finale was the just the latest such moment.

In seven of their 12 victories, they were tied or behind in the fifth inning.

In the first game of the three-game week on April 26, Davie overwhelmed visiting Glenn in five innings.

MJ Jacobs (3 for 3, two steals) and Tucker Hobbs (complete game on the mound) were the catalysts as Davie picked up its third win in a row.

Davie blew it open in the second. Bentley Moody, Craig McBride, Kason Stewart and Jacobs put together consecutive hits. Andrew Daywalt had the fifth hit of the inning that saw Davie extend a 1-0 lead to 7-0.

Hobbs dominated on the hill, walking none, only allowing three hits in five innings and throwing 48 of 65 pitches for strikes.

On the road on April 27, the War Eagles had a 3-1 lead going into the bottom of the third. But that’s when everything fell apart as the Falcons run-ruled Davie in six innings.

Davie took control with a three-run third, thanks in part to hits by Hunter Potts and Stem. But then came an abysmal bottom of the third, when Forbush scored nine runs on four hits, four errors and two walks.

This one did not resemble the first meeting, when Davie rolled 9-3. Its previous worst margin of defeat came in a 9-2 loss at Reagan on March 25.

After getting held to three hits through four innings and finding itself down 2-1 at Glenn on April 29, the War Eagles flipped the switch in the fifth.

Thirteen batters came to the plate as Davie stormed to a 10-2 lead. Nine runs scored on six hits, three walks and an error.

But the biggest story of the game was pitcher Connor Berg, who went the distance, gave up one earned run, walked one and struck out 14.

“Larson was very consistent,” varsity coach Joey Anderson said. “He played a lot of different positions. That gives him a bright future at the varsity level.

“With Craig’s speed, he bunted well and was a solid bat. He gives us another outfield option. At the beginning of the year, he threw real well. So that could possibly add us another lefthanded arm at the varsity level.”