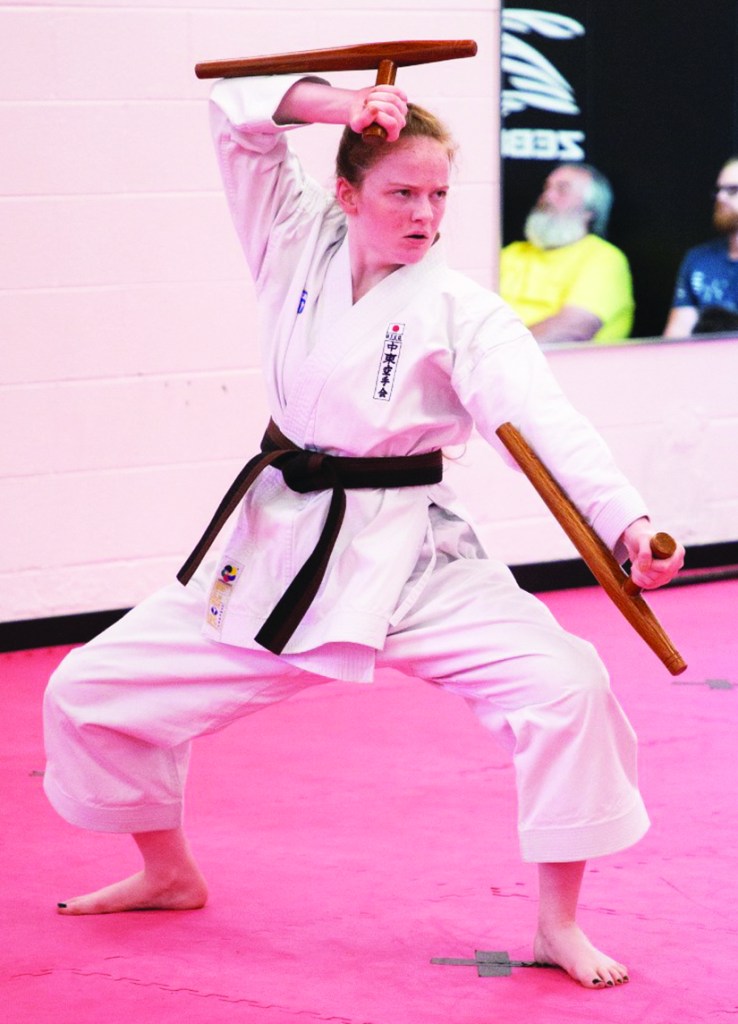 Shea Barney began taking karate classes under Sensei Travis Hinson at the Davie County Recreation and Parks program at the Brock Recreation Center in 2017 at the age of 8.

She was the fifth student in the program, and since that time, the martial arts program has grown to more than 70 students and moved to the Davie County Community Park with the full martial arts dojo.

Shea has competed in more than 40 martial arts tournaments across North Carolina, South Carolina, and Virginia.

In the North Carolina POWERADE State Games in 2019, she won first place in kata (a prescribed order of movements that demonstrates mastery of karate skills and discipline) and first place in weapons kata (includes traditional Japanese weapons). This allowed her to compete in the National POWERADE Games in Lynchburg, Va., where she achieved first place in sparring (one-on-one refereed karate combat match).

In 2021, Shea won a state championship in the NC BODYARMOR State Games in kata, weapons kata, and sparring.

Her devotion to the discipline placed her in a position to assist in teaching other students at age 11. Her assistance in teaching or in simply taking class means that she puts in five hours a day twice per week in addition to countless hours sharpening her craft at home.

During her pursuit of building her skills, she has maintained a high-A average in all of her classes.

On April 30, Shea was given the opportunity to test for her first-degree black belt. This involved the back-to-back performance of 16 empty-hand katas, five weapons katas, a multitude of self-defense demonstrations, sparring with multiple opponents, and a ceremony where any individual in the program or any visiting black belt from the judging panel may question her skills by challenging her to a round of sparring until they are satisfied with her demonstration of competence.

There were no individuals who stepped out.

“Shea’s journey is not a typical one – she has put in an inordinate amount of work to become proficient and advance so quickly through all of the Mid Eastern Karate Association’s 15 belt ranks,” said Amanda Anchor, the rec’s athletic program director. “She is the first new black belt from DCRP Martial Arts Program, the first in the overall association (MEKA) in 17 years, and the 16th black belt in the overall association (MEKA) in over  40 years.”