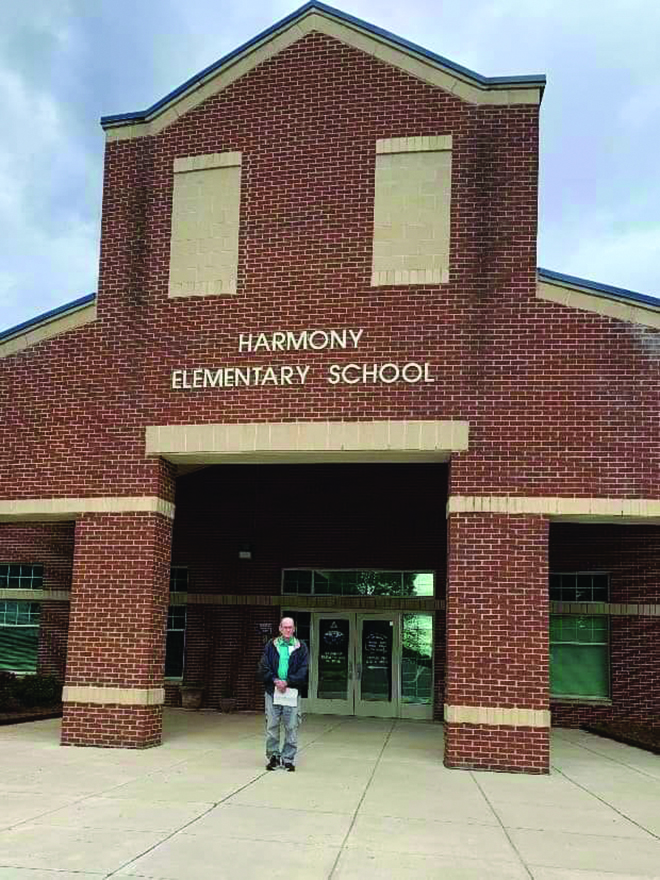 Our community extends sympathy to the family of Betty Lou Griffith Richardson, who died Thursday of last week at Gordon Hospice House of Statesville after a brief hospitalization at Iredell Memorial. She had been in declining health for a period of time, especially since last October.  The older of two children, she was born in Davie County in 1934 to the late Clyde Webb and Rachel Spry Griffith of County Line. She lived with her Grandpa June and Grandma Lydia Martin Griffith on Davie Academy Road, attended Society Baptist with her family, helped her grandparents on the farm, and attended Cool Spring High School. In February 1955 she married Norman C. Richardson of Davie; the couple settled on the Griffith homeplace on Davie Academy and reared children “Buster,” Sharon, and Kay. Kind and caring, Betty Lou was a caregiver for her Griffith grandparents in their golden years and reared great-grandson Bradley. Retired from Hanes Hosiery;  she was a bingo player, enjoyed going places, and keeping in touch with relatives. She attended Society Baptist and Calvary Baptist churches and was a member of the Society Young at Heart. A service celebrating her life was held Tuesday morning at Calvary Baptist; she was laid to rest beside her beloved Norman, who died October 2013.

Betty Lou was a faithful reader and supporter of our community news. As early as 2004 and through the years since then, she shared treasured family photos. Having known her as long as I can remember and having a common Great Uncle Omen and Great Aunt Clara Gaither Griffith, she was a valuable source of information.  Her continued support and contributions were always greatly appreciated.

We send get-well wishes to Lucille Beck, Brenda Haneline O’Neal and Teresa Rogers Smoot.  Lucille has been hospitalized  at Iredell Memorial with a broken hip from a fall last week and is in rehab there. Brenda had heart arrhythmia at Forsyth Medical Center last week and has been recuperating at home since Friday.  Teresa is recuperating at home after hip replacement surgery. Joetta M. Snow remains in rehab at Iredell Memorial.  Donald Turner has improved from his heart surgery last week but remains hospitalized. Cathy B. Foster remains at Wake Forest Baptist Medical Center.  Rayford “Tink” McDaniel continues to rest at home with palliative care. Tommie Ross and Alice Waugh remain in rehab at Davie Nursing and Rehabilitation Center.

Join us in prayer for the Lord’s divine healing and blessings upon all. Pray for the Lord’s comfort and support upon the family of Betty Lou. Remember in prayer the family of the Rev. Ervel Jones, who died following an auto crash;  he was former pastor of New Hope Baptist and interim pastor/speaker at churches in our community.  Also,  pray for Janie Williams as she is getting ready to have a home again after her prior home was destroyed by fire about six weeks ago.