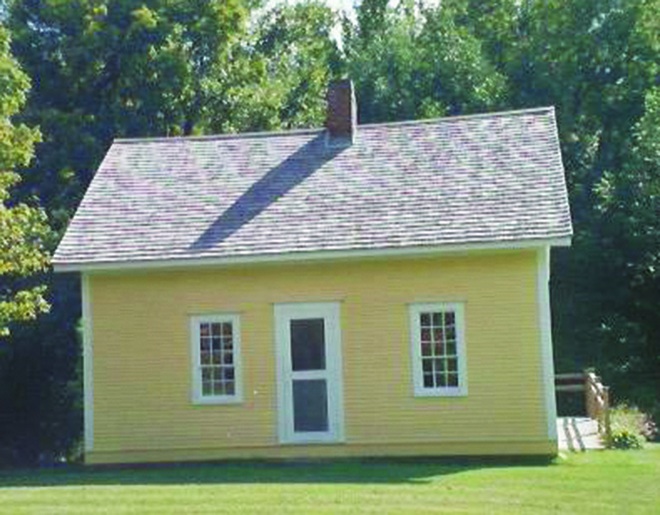 Chester A. Arthur was the fourth vice president to become president when the man who was elected to that office did not live to complete his four-year term.

The first president to die in office after the colonies became the United States of America was William Henry Harrison, who only served one month before he died. Upon Harrison’s death, John Tyler became president and served for the rest of Harrison’s term.

In 1848, Zachary Taylor, a Mexican war hero, was elected president. He had held office for about 16 months when he became seriously ill and died. His vice president, Millard Fillmore, became president. President Fillmore only served the rest of Taylor’s term.

In 1860, Abraham Lincoln was elected president. He was re-elected in 1864.  Shortly after his re-election, President Lincoln was assassinated by a Southern sympathizer, John Wilkes Booth. North Carolina-born Vice President Andrew Johnson became president and served the rest of Lincoln’s second term.

Twenty years after Lincoln’s first election, James Garfield was elected president. He had only served a few months when he was assassinated by a disgruntled office-seeker. President Garfield died about six weeks after he was shot.

Most historians believe that Chester Arthur was born in a tiny house in North Fairfield, Vt. It seems that there was some question about Arthur’s birthplace.  Some people believed that he was actually born in Canada and therefore could not serve as President of the United States because the Constitution requires the president to be born in this country. That debate was evidently settled, and the Vermont site is considered Arthur’s legal birthplace.

In my book, “Glimpses of the Presidents of the United States and Presidential Sites” I describe Arthur’s birthplace: “Chester Arthur, who became the 21st President of the United States, was not born in a log cabin as were many of his predecessors. He was born in an old, weather-boarded parsonage in 1829 while his family was waiting for a new parsonage to be built. Arthur’s father was a preacher who moved his family around, but several of Chester Arthur’s “growing up years” were spent in the new parsonage, which was a tiny house located on an unpaved dead-end road near Fairfield, Vt.  The little yellow house which is now listed as an Arthur home is actually a 1953 reconstructed model which was built with the old parsonage serving as a guide.  The Arthur house is in a beautiful, thinly populated area of Vermont with the nearest neighbor on that dirt road being a dairy farmer.

The Arthur house, a designed state historic site, is open to the public May through mid-October, Wednesday-Sunday.”

Even though the Arthur family was poor, Chester Arthur was able to go to school and enrolled in Union College in Schenectady, N.Y., from which he graduated. He was an excellent student, who was tapped into Phi Beta Kappa. Arthur became a schoolmaster and finally studied law at State and National Law School. He passed the New York Bar in 1854, became a successful lawyer, and got interested in politics.

Arthur lived most of the rest of his life in New York. He married a young lady, who was described in Field Guides, First Ladies as “a consummate Southern lady—sociable, confident, and accomplished.”  After Arthur’s marriage to Ellen Herndon, the young couple entertained a great deal. The Civil War began which caused some trouble in the Arthur family because Chester’s family members were abolitionists and Ellen’s family members were slave owners. Chester Arthur became a Quartermaster General, who supplied New York soldiers during the war.  After the war was over, Chester Arthur did all he could to help Ellen’s Southern family. After the Civil War, Chester Arthur interest in politics increased. He climbed rapidly in the New York Republican Party, and, probably because of his loyalty to his party, Ulysses S. Grant appointed Chester Arthur as the Customs Collector of the Port of New York – one of the highest paying jobs in the country.  Chester Arthur, who was born to a poverty-stricken family in a tiny house in Vermont landed one of the most lucrative job in America.

When Rutherford B. Hayes became President, he removed Arthur as the Collector of Customs of the Port of New York because he suspected that there were irregularities. That evidently did not damage Arthur’s statue in the Republican Party. He spent a great deal of time traveling on party business which caused trouble at home.

His wife even considered divorce but decided instead to devote herself to music, her great love. While her husband was away from home, Ellen went to a concert alone. She had to wait for a long time for a carriage and that exposure evidently caused her to develop pneumonia. She became deathly ill and died before her husband could get to her side. It seemed that it was only after her death that Chester Arthur realized how much he loved his wife.

When James Garfield was chosen as the Republican candidate for president, Chester A. Arthur was chosen as the vice-presidential candidate. The Garfield/Arthur ticket won the election. Chester Arthur became Vice President about 10 months after the death of his wife, Ellen. Arthur was happy serving as vice president, but he never wanted to be president. When Chester Arthur received the word that President Garfield had been shot, he was really distraught.

“The President Fact Book” by Matuz says: “When word reached Chester A. Arthur that the President was dead, he wept openly, not for the dead president, but for the new one.  ‘I hope … my God, I do hope it’s a mistake.”

It was not a mistake, and, after Arthur was inaugurated, he inspected the White House. He found the condition loathsome. He said the White House must be renovated before he moved in. He also went from room to room and labeled furniture and bric-a-brac that he said had to be removed. Actually 24 wagonloads of furniture were hauled away to be auctioned. Also sold at auction was 30 barrels of china. When his requirements were met, President Chester A. Arthur moved into the White House.

Chester A. Arthur completed Garfield’s term and did not chose to run for reelection. After he left the presidency, Arthur was “at loose ends.” He is quoted as saying: “There doesn’t seem to be anything for an ex-president to do but go into the country and raise big pumpkins.”

The former President of the United States, Chester Alan Arthur, was buried in the Albany Rural Cemetery in Menands, Albany County, N.Y.