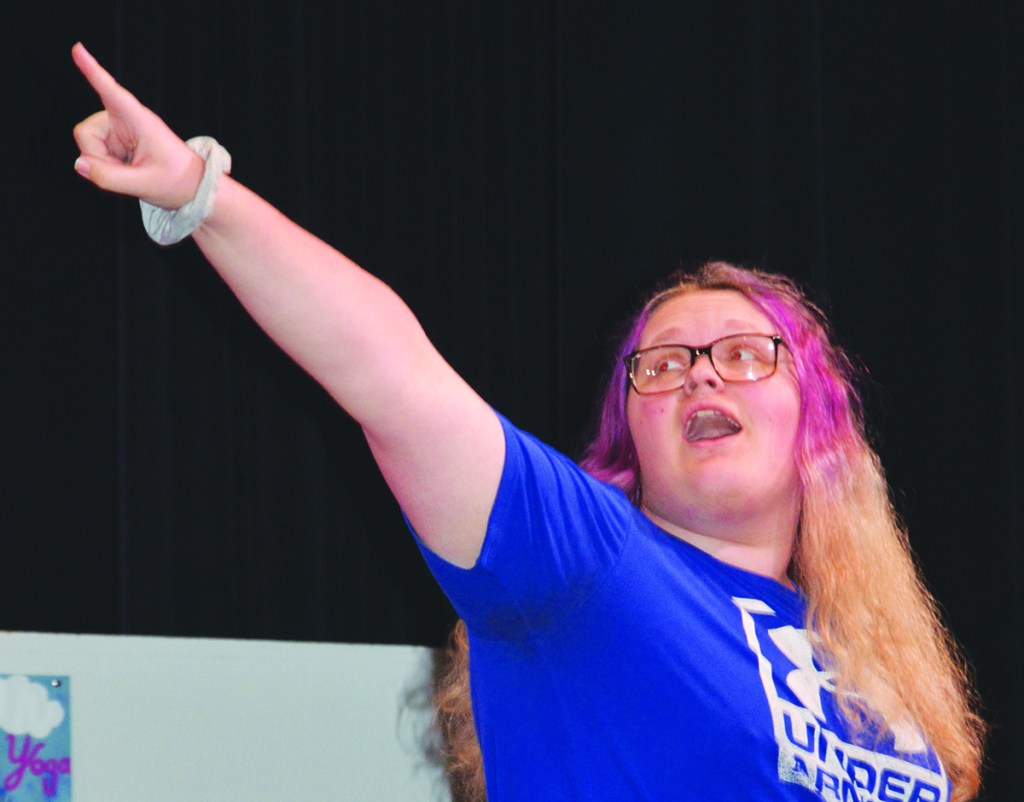 Aiden Davis said he grew up with the movie “High School Musical” as his favorite.

And when the Davie High School sophomore auditioned for the upcoming play of the same name, he was cast into the role of “Troy,” one of the leads.

Same goes for Emma McCullar, who plays Gabriella Montez in the production scheduled for next week in the Davie High auditorium.

“I was so excited,” she said. “I grew up watching the movie. I got cast as Gabrielle and I think I cried a little bit … best day ever.

“Everybody’s so, so, so talented,” she said of fellow cast members. “We’re like one big family and everybody takes care of each other.”

Savannah Dixon plays Sharpay, and yes, “High School Musical” was one of her favorite movies, as well. She took the class specifically to participate in the musical, something the sophomore didn’t get to do in the eighth grade.

“It’s very cheesy and it represents stereotypes in school very well,” she said. “It teaches that you don’t have to be part of the status quo, and can go outside of what people expect of you.”

Even the choral teacher and show’s choral director, Brittany Darst, counts “High School Musical” as one of her favorite movie series of all time.

“The movie came out my freshman year in high school; and the last movie my senior year,” she said. “It’s just a family musical with good music, a fun story line and fun dances.”

Music theater teacher and show director Chad Edwards said that while similar, the play “High School Musical” is different from the musical.

The story line follows some high school students as they navigate through their lives, with decisions to make about doing what they want or doing what others expect.

“It’s a play about accepting who you are,” Edwards said. “Our population here can relate to it a lot.

“We ran the idea by our kids and they said it’s one of our favorites,” he said. “It’s a little different from the movie, but a lot of the songs are the same. It’s a family show. It involves a lot of the vocal ensemble. The kids are excited.”

Students are involved in all production aspects.