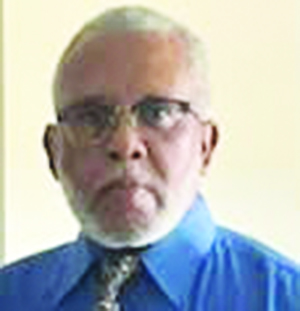 His interest, adventure, intelligence, and love of people carried him to many places. He was an avid artist. He enjoyed free-hand drawing, sketching, and painting. He was a passionate musician all his life; he was an amazing drummer and instrumentalist. He loved jazz, Westerns, cooking, and seeing different places. In recent months, he traveled enjoying mountains and other scenic places.

He held many positions, including fire marshal, machinist, truck driver, and kitchen staff member. He was employed by many places including RJR Tobacco Co. in Winston-Salem .and after retirement at O’Callahan’s Publick House in Mocksville.

He was preceded in death by: his father, William Henry Edwards Johnson; his mother, Elizabeth Mason Johnson; and his dear grandmother (Nanny), Seresa Britton Mason.

He is survived by: his daughter, Sheria Ashley White (Christopher) of High Point; 3 grandchildren, Christopher Jr., Dallas, and Madison White of High Point; a devoted cousin and “mother,” Magalene Gaither of Mocksville; sister/cousin Shanlon (Ronald) Buchanan, Winston-Salem, his big “brother” Ricky (Louise) Hudson, Salisbury, Aunt Josephine Flonoy of Baltimore, Md.; a close and trusted friend, Bruce Isaac of Mocksville; and many other friends and relatives in Mocksville, Salisbury, Winston-Salem, Chapel Hill, Greensboro, Statesville, and Washington, DC. Not just a father and grandfather, he was a special friend and like a brother and uncle to many.

Services were held on April 22, 2022, at the A.R. Kelsey Memorial Chapel of Noble & Kelsey Funeral Home.  Mr. Johnson was laid to rest in Shiloh Baptist Cemetery in Mocksville.