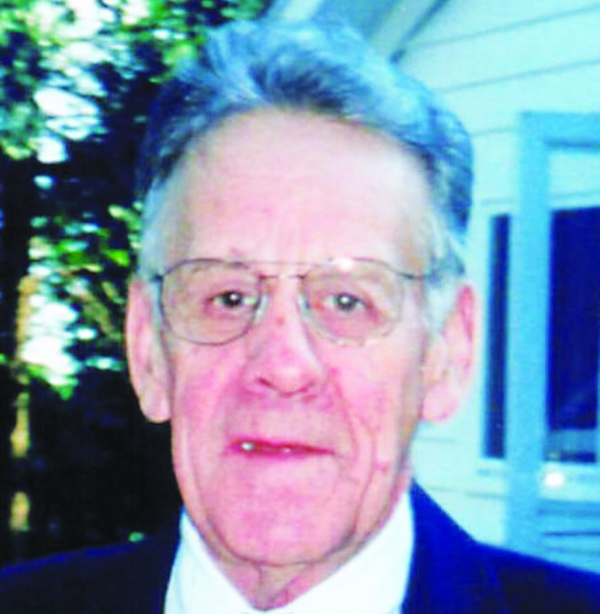 He was born Oct. 7, 1929 to Walter Wesley “Bud” and Agnes Miller West in Pino community, Davie County, where he lived throughout his life except when he went away to school and when he served in the Armed Forces.

Roland graduated from Farmington High School in the Class of 1949. He went to Coyne Technical School in Chicago, Ill., where he studied refrigeration. Roland worked at Brown-Rogers-Dixon in Winston-Salem and Junker’s Hardware in Mocksville before he went into the U.S. Army. He received training at Fort Jackson, S.C., and Fort Benning, Ga., before being deployed to Korea where he served for one year.  Roland was stationed on the 38th parallel for a month and then was pulled back to the base camp for a month before returning to the 38th. After being honorably discharged from the Army in 1953, he got the franchise to sell Surge Dairy Equipment in a nine-county area in Northwest North Carolina. Roland founded his business, Northwest Dairy Equipment Co., Inc., in July of 1956, and continued to work there until he was in his 80s when dementia forced him to retire. He sold dairy equipment and supplies and did service work for hundreds of dairy farms in his area. Roland loved his work, which was also his hobby. His only regret was that he couldn’t get into his truck and answer a call to a dairy farm. Roland’s son, Henry West, continued to carry on the work at Northwest Dairy Equipment until 2022.

Roland and his wife, Betty, traveled throughout the United States, including four trips to Hawaii and one to Alaska. They traveled to Spain, Greece, Canada, Mexico, and Brazil. A number of those trips were made to attend Surge Dealer meetings, but they also took their family on two trips across the United States.  n addition to those trips, Roland traveled with his wife as she sought to visit a site connected to each president of the United States.

The family will receive friends at Lambert Funeral Home in Mocksville Tuesday, May 3, 6-8 p.m. A family interment service will be held at the Wesley Chapel Methodist Cemetery Wednesday morning, May 4 at 10, when Roland will be buried beside his beloved mother, Agnes Miller West. There will be a memorial service at Wesley Chapel United Methodist Church, 277 Pino Road, Mocksville, Sunday, May 8, at 3 p.m. led by Pastor Arnold Gosnell.

In lieu of flowers, memorials may be made to: Wesley Chapel Cemetery Fund, c/o Kathy Ellis, 2108 Cana Road, Mocksville, NC, 27028.