Presidential Sites: Garfield last to be born in a log cabin 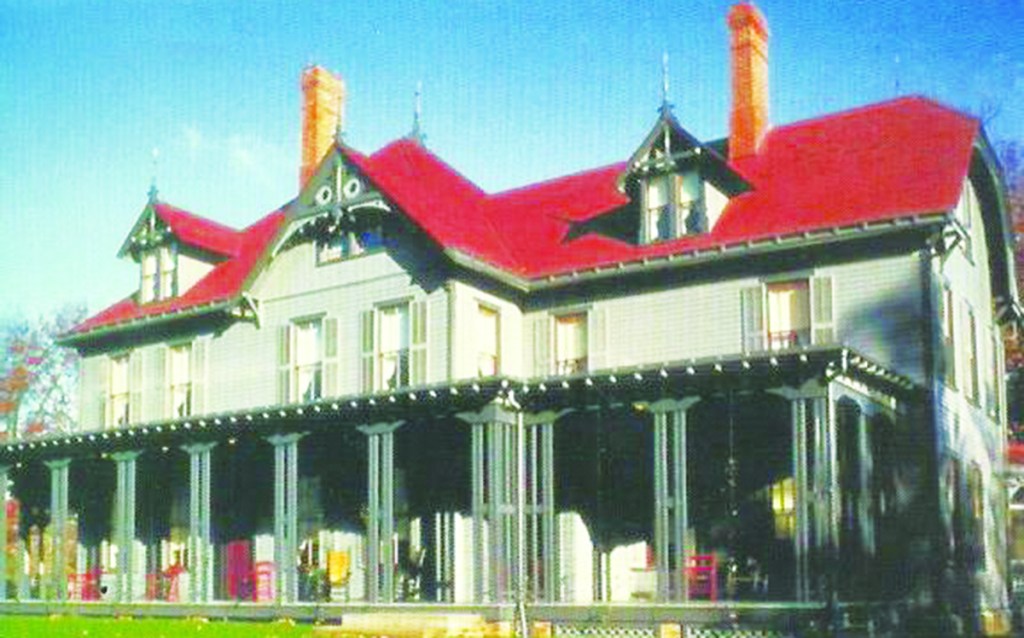 Of the seven Ohio-born men who have served as President of the United States, four died in office.  Ohioans William Henry Harrison, James A. Garfield, William McKinley and Warren G. Harding died while serving in that high office. The second to suffer an untimely demise was Garfield.

James Garfield was the last of the presidents to be born in a log cabin. His parents were poor and the situation was made worse when James’ father died when he was 2. His mother worked hard to support her family by working in the fields and by taking in washing.  When James was old enough to think about supporting himself, he went to work as a mule driver on the canals. Evidently he was accident prone because he fell in a canal 14 times. He developed severe chills and fever. He went back home, and his mother told him that the only way to improve his lot was to get an education.

James took his mother’s advice and enrolled in Geauga Seminary in Chester, Ohio for a year, and then he went to Western Reserve Eclectic Institute, which was later named Hiram College. Finally, he enrolled in William College in Massachusetts. After graduating from Williams, he went back to teach at the Eclectic Institute where he finally became headmaster.  While there, James Garfield was ordained as a minister—the only U.S.President to date who has been an ordained minister.

The Civil War began, and, like other loyal unionistd, Garfield joined the Union Army. He was successful in several battles and received the rank of Brigadier General. Garfield’s victories caught the attention of the people of Ohio because they elected him as their Representative in U.H. He served in the House for 17 years. After that service, he was elected as one of Ohio’s Senators.  Before he could serve in that office, he was chosen as the Republican candidate for President.

In 1876, four years before he was elected President, Garfield purchased a 118-acre farm. He later purchased 40 more acres.  The farm had a rather dilapidated one and one-half story house. Garfield shored up that existing structure and added a story and a half to accommodate his family, which at that time included not only Garfield and his wife, Lucretia, but five children and his mother. Garfield was a good speaker and had been attracting attention by making speeches since his days at the Eclectic Institute.  After he was chosen by his party as the presidential candidate, Garfield made his campaign speeches from the front porch of his house.

A brochure printed by the National Park Service, the U.S. Dept. Of the Interior, the National Historic Site in Ohio and the Western Reserve Historical Society, the groups that administer the Garfield home, says: “During the summer of 1880, the farm, which reporters named “Lawnfield,” became the backdrop for Garfield’s successful bid for the presidency. It was here that he broke from the tradition of presidential candidates remaining quiet during the election process and began a precedent-setting front porc’ campaign that paved the way for future candidates to more actively seek the presidency. Countless delegations of dignitaries, students, well-wishers, and political supporters came by horse, buggy, or train to hear the Republican Party’s best speak.”

Garfield won the election and became the 20th President, but the euphoria was short-lived. Four months after he was inaugurated, he was at the train station preparing to leave for a weekend visit with his family at the coast when a disgruntled office seeker walked up and shot him. President Garfield was taken back to the White House where his suffering was almost unbearable. It was decided that he might feel better if he was moved to the seashore where he could feel the cool breezes and see the waves. About 300 men worked furiously laying train track to the cottage where he would be taken. He made the trip to no avail. He got worse and died. It is believed that the doctors probing for the bullets with unclean fingers may have caused the infection which he was not able to overcome. The medicines available today to control infection were unknown in 1880-1881.

President Garfield’s body lay in state in the Rotunda of the Capitol, near the Chamber where he served so many years as a Representative. President Garfield was buried at the Lake View Cemetery in Cleveland, Ohio, which is on land where he used to romp as a child. Mr. Garfield’s tomb is big. It is described as follows in a booklet published by the Lake View Cemetery Association: “The Garfield Memorial, located on a commanding hill in Lake View Cemetery, is a circular building 50 feet in diameter and 180 feet high, built of native Ohio sandstone upon a broad stone terrace.  A square stone porch projects at the base of the tower, around the exterior of the porch are five panels in base-relief depicting Garfield’s life and death.……In the crypt directly below Memorial Hall are the bronze caskets of Garfield, draped with an American flag and that of his wife, Lucretia Garfield, who died 37 years after her husband’s assassination.”

That only partially describes the Memorial. There are 14 windows which depict the 13 original colonies plus Ohio.  Each state’s window show items that supposedly represent the state. North Carolina’s window has rice, sugar cane and southern fruits on it.  Each state was asked to contribute money to help with the cost of the windows. A docent at the Memorial said that North Carolina sent $19. Evidently, Garfield was not a very well-liked president in North Carolina because of his ideas about reconstruction after the Civil War.

The Garfield Memorial is most interesting and so is “Lawnfield,” the large Garfield’s home. The house is interesting because most of its furnishings belonged to the Garfield family.

After President Garfield died, his wife used money donated in his memory by the American people to add another wing to “Lawnfield.” That wing houses books, papers, and artifacts that were connected to Mr. Garfield.   One item there is a well preserved flower arrangement which was sent to Mr. Garfield by Queen Victoria of England when he was inaugurated as President.