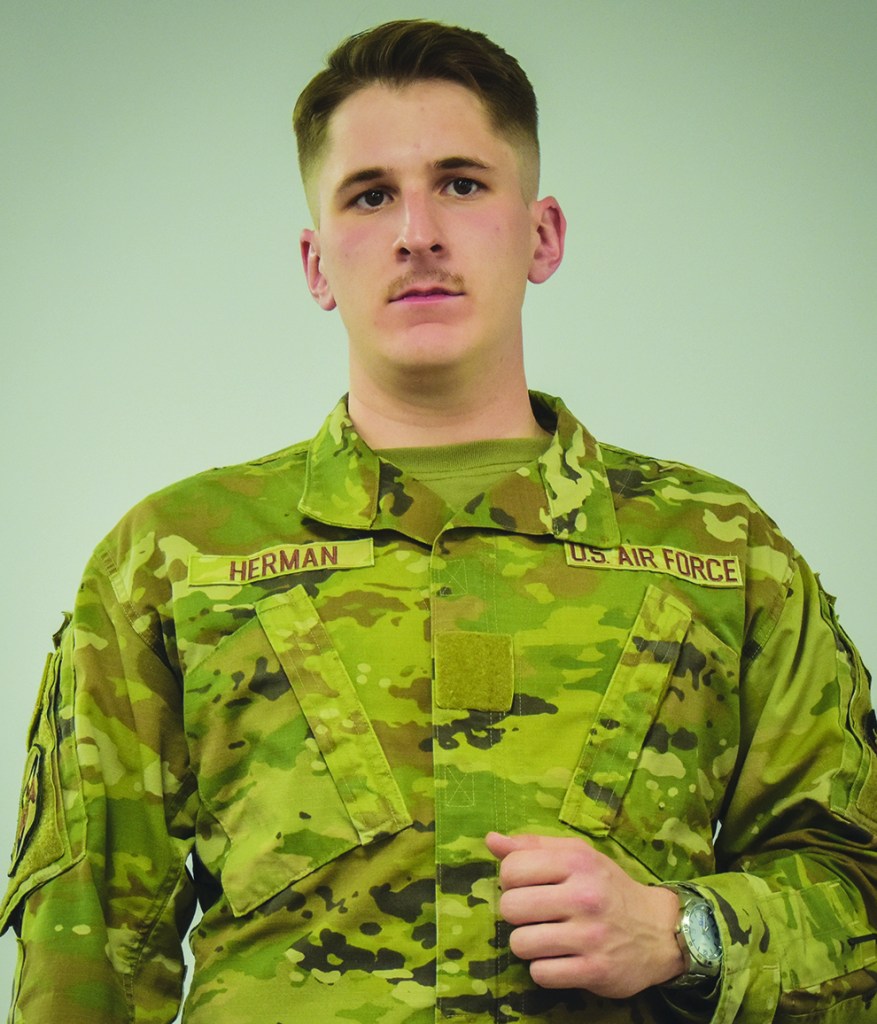 One of Civil Air Patrol’s missions is the Cadet Program: to “transform youth into dynamic Americans and aerospace leaders.”

When a cadet joins the squadron with the goal to serve in the United States Air Force, and to do that by attending the US Air Force Academy, then it is the squadron’s opportunity to help the cadet achieve that goal.

When the cadet later returns to visit the squadron as an Air force Academy Cadet, it is a most impactful experience for all.

Sugar Valley (Mocksville) Composite Squadron members and the Group 4 Commander, Major Chad Hooper, experienced this on March 22 when former cadet and Cadet Commander Christopher Herman Jr, returned to the squadron to share his experiences of being a first year cadet at the US Air Force Academy.

Herman initiated the visit to see former squadron members and to speak to cadets and encourage others who might aspire to be a part of the Air Force Academy. He was prepared with a slide show of photos covering some of his activities at the academy.  Herman highlighted a cadet club he elected to join:  the US Air Force Cadet Honor Guard, represents the academy at programs across the nation.

Following the slide show, Herman addressed members with his thoughts on “Followership.” The three aspects of followership that Herman finds particularly significant include tenacity, curiosity, and discipline. Herman answered questions from cadets and senior members that demonstrated the integrity and accountability of the Air Force Academy in molding leaders.

For the senior members who worked with Herman when he first joined the squadron at age 13, there was much joy in seeing this young man set the goal to attend the Air Force Academy, and then exemplify the hard work and discipline it takes to achieve the goal.

Lt. Col. Eric Orgain served as NC-052 Squadron Commander when Herman joined: “USAF Academy Cadet Christopher Herman’s achievements are indicative of his extraordinary hard work and dedication. I am extremely proud of him, and it has been a privilege to be a small part of his journey.”

After the meeting, Herman shared some of his lessons and advice with another cadet who also has the goal of attending the USAF Academy.There is much appreciation in the squadron for Herman’s many years of serving the Sugar Valley Composite Squadron. His return demonstrates that he is an excellent example of the potential impact of the CAP Cadet Program Mission.