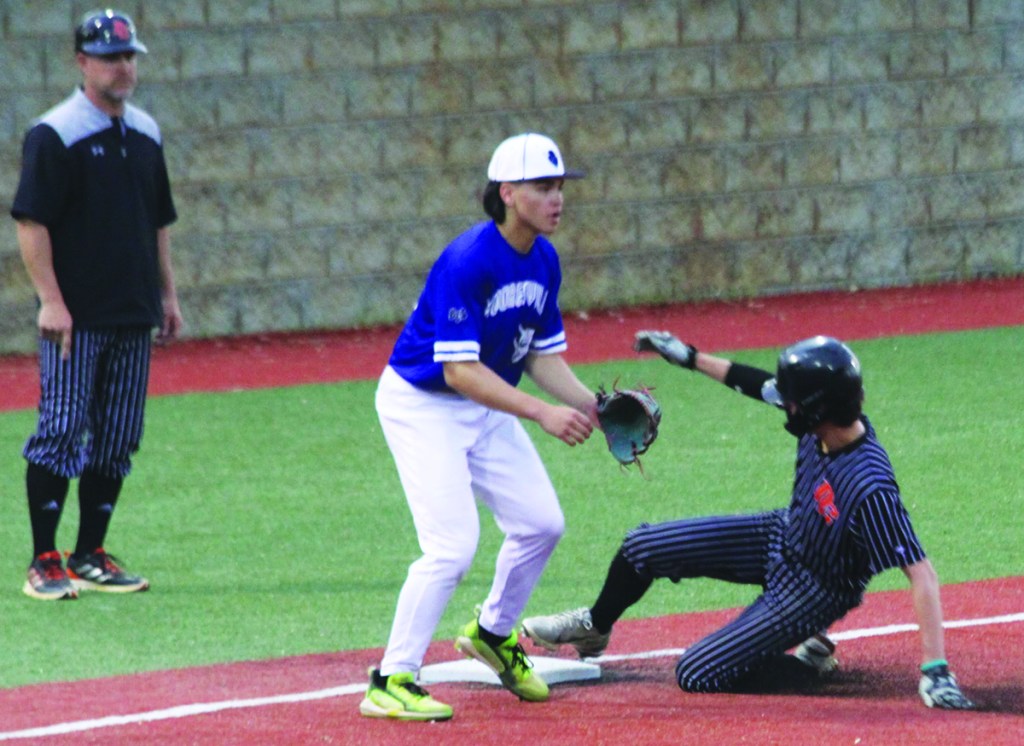 On March 25, when the Davie varsity baseball team was 3-7 with five straight losses, the War Eagles were on the verge of being dropped six feet under.

It has found new life, a 4-1 road decision over Mooresville marking its fourth win in five games. The nonconference game was played April 13.

“It was a very good team effort,” coach Joey Anderson said after Davie improved to 7-8 overall. “It was one of the better games we’ve played. We played good defense. We got a couple hits when we needed to. I let them off the beginning of the week, and it’s a hard ask to have them come out with the same energy we had (in a 24-10 win over West Forsyth). But they carried it over.”

Davin Whitaker’s bat, a pitcher-by-committee six-hitter and Jackson Sink’s range in right field did in the Blue Devils, who are second in the Greater Metro 4-A Conference.

After Parker Simmons stole second in the top of the first inning, Whitaker drove him in with a two-strike hit.

Whitaker was the spark in the third, singling with one out, stealing second and taking third on a passed ball. He scored on Parker Aderhold’s sac fly as Davie took a 2-0 lead.

The margin doubled in the fourth. Again, Davie’s speed on the base paths was a factor. Wesley Mason beat out an infield hit, stole second, advanced to third on a balk and scored on Cooper Bliss’ hit. After Bliss swiped second, Coy James plated him with a single.

The Blue Devils loaded the bases with no outs in the fourth against Caleb Adkins, but Davie’s second pitcher minimized the damage. Center fielder Mason squeezed the last out to keep Davie’s lead at 4-1.

But plenty of credit for the win should go to Sink. Mooresville had two on with one out in the fifth. Back-to-back flyouts to Sink stopped the threat. The first fly ball was routine, but the second – off the bat of the cleanup man – was a sensational catch near the fence. If Sink doesn’t haul it in, it’s 4-3 and Mooresville is looking for more.

“He back tracked and made a spectacular catch to get us out of that inning,” Anderson said. “That was big because they could have very easily changed the momentum and it could have gone differently. That guy put a charge into one. Without that play, it could have been 4-3 and then we’re fighting for our lives.”

Four pitchers covered seven innings in an efficient 102 pitches. Bayden Hazlip threw 14 strikes in 15 pitches in the first two innings. Adkins handled the third and fourth before handing off to Jaydon Holder, who took care of the fifth and sixth. Cole Whitaker  closed by striking out two in the seventh. Collectively, they scattered six hits and walked just two.

“I spread out the pitching so nobody would get hurt because I knew they had not been working on their bullpens and stuff like that (during spring break),” Anderson said. “Every pitcher did what they needed to.”