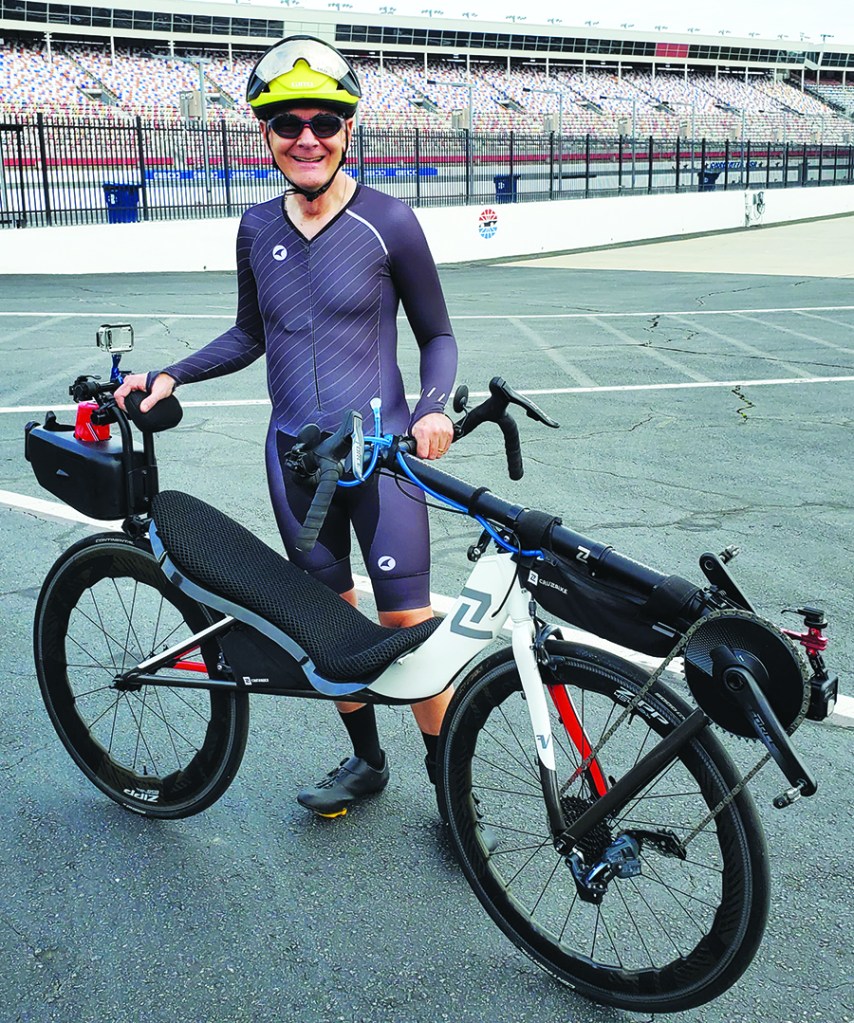 Senior Games continues on into April with a different activity each day.

April 11 filled Creekside Lanes in Winston-Salem for Bowling Mixed Doubles. Participants were allowed to practice bowl for 20 minutes until the games kicked off. Each lane in the bowling alley was filled.

“There were great attitudes, sportsmanship, and encouragement from everyone in attendance,” said Carrie Miller, events coordinator for Davie Senior Services. “There was competition in almost each age bracket.”

Following the third game, scores were totaled and the winners were given medals at a small ceremony in the front of the bowling alley.

The bowling singles event will be on Monday, May 2. To join in Senior Games, visit either Senior Services location and fill out a registration form.

On April 12, the Davie games headed to Davie High School to use the discus, shot put, and long jump areas while the schools were out for Spring Break.At first, the weather was slightly rainy, but it held off so that the day’s games could begin.

The games started with the standing long jump and running long jump. There was one participant who participated in these events for the first time, and she had a blast.

Following the jumps, participants walked over to the shot put area where Paul Moore, Davie Recreation and Parks director, led the event and shared solid advice on improving the technique. After shot put, everyone moved to the discus area where Moore gave more instruction on this activity.

“Several tried all three of the events for the first time on Tuesday, and it was wonderful to see the encouragement from the group of people that came out to play,” Miller said. “Thank you to Davie County High School for being a wonderful host of this event and going above and beyond to ensure the safety of the Davie County Senior Games participants.”

April 13, Senior Games was off to Adventure Landing in Winston-Salem for mini golf. This is the second season mini golf has been a sport for Senior Games.

Concluding this past week of Senior Games,folks headed to the Charlotte Motor Speedway on April 14.  For the first time, Senior Services joined several counties across the Piedmont for the cycling event, where Cabarrus and Mecklenburg counties hosted a once in a lifetime opportunity to ride a bike on the racetrack. This featured recumbent cycling and traditional cycling. Each biker began their race individually, starting with 1 Mile, followed by the 5K, and then followed with the 10K. Timing was tracked with a timing chip and ankle strap.  All results were posted with real-time scores immediately after individuals crossed the finish line which was accessible from each individual’s phone.