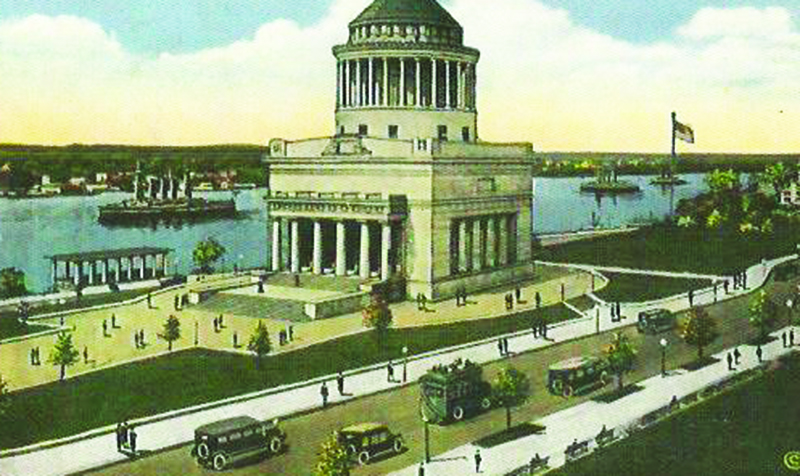 If a person from Davie County is interested in learning about the e18th President of the United States, Ulysses S. Grant, the best place to start is at Point Pleasant, Ohio, which is near the banks of the Ohio River.  That place, which is about 380 miles from Mocksville, is the birthplace of Ulysses S. Grant.

From there you can travel to Georgetown, Ohio, where Grant grew up; then to “White Haven” in St. Louis, Mo.; his wife’s home where the Grants lived for a period of time; to Grant’s farm, “Hardscrabble,” which is also in Saint Louis; to Galena, Ill., where the Grants lived before and after the Civil War; to the Grant Cottage State Historic Site at Mount McGregor, Wilton, N.Y., where Grant died; and lastly to the Grant Monument in New York, City.

The small wooden cottage, where Ulysses Grant was born is in the community of Point Pleasant, which is near the bank of the Ohio River. That cottage is administered by Historic New Richmond and is open April-October.  Grant’s father moved to Point Pleasant because he could find work as a tanner.  This small house has three rooms. It is furnished with period furniture and it has a few items that belonged to the Grants on display there

Mr. Grant was evidently a successful tanner because he soon made enough to build his own tannery in Georgetown, Ohio, which about 25 miles from Point Pleasant. The house that the Grants moved to was larger. It has been remodeled several times and it is now much larger. It is privately owned.  The owner will allow tours of the house if reservations are made in advance.

Grant’s father wanted his son to go to West Point and was able to get to get Ulysses an admissions nomination. Ulysses did not really want to go to that school, but he did what his father told him.  While at West Point, Ulysses went to “White Haven,” his roommate’s home, for a weekend. There he met his roommate’s sister, Julia, who turned out to be the love of his life. Grant completed his education at West Point. Even though he was not at the top of his class, he graduated and received his commission as an Army officer. Julia’s father did not want her to marry a military man because he knew she would face hardships which she had never had to face because her family had servants to care for her every need as she grew up.  Love won. Ulysses and Julia got engaged, but the wedding was delayed for several years because Ulysses was deployed to the west to fight in the Mexican War. After a four-year engagement, the young couple was married.

They lived for several years at army bases around the country.  Finally, Ulysses received an assignment where his wife could not live with him. After that, Grant had problems and decided to resign from the Army. After he returned, the couple lived at “White Haven” and then at another house owned by the Dents.  Ulysses began to cut logs to build his own house on land given to the couple by Julia’s father. Ulysses built that log house with his own hands all the way from cutting the logs to fitting them together to made a house.  He did everything accept the windows and doors.  That house was named “Hardscrabble.” That house is now owned by Anheuser-Busch Companies. Call 314-843-1700 for information or an appointment.

Ulysses tried farming and was not a success. He was not successful at anything he tried. At one point he was hauling wood through the town, trying to sell it to make a little money. After facing failure at everything he tried, Ulysses decided to move to Galena, Ill. to work with his father in a tannery, a job which he never wanted, but at that point he was desperate.

The Civil War started after the family had moved to Galena and a dispirited Ulysses was working in the tannery, a job he hated. The former soldier decided to join the Union Army. This time he was more successful; in fact, so successful that Abraham heard about his successes as he lead his troops at Vicksburg, Miss. and in other battles. Lincoln had had problems finding a leader for the Union Army who would fight and win. When he heard about Grant’s victories, he named Ulysses S. Grant the Commanding General of the Union Army.  At last Grant found success and it was to Ulysses Grant that Robert E. Lee, the Commander of the Army of the Confederate States, surrendered at Appomattox Courthouse on April 9, 1865.

After the war, Grant became a civilian again and he and his family went back to Galena. This time he received a hero’s welcome and was given a mansion by people of Galena in appreciation for his service during the Civil War. That place is now called the U.S. Grant Home State Historical Site and it is located at 511 Bouthillier St. The Grants did not live in this house long before Grant got another important job, but there are many items in house right where the Grants left them.

After the disastrous administration of Andrew Johnson, the American people once again looked to a military man to lead the country as president.  Mr. Grant knew he did not have the requirement for that position.  According the to the book, “The American President” by the Kunhardts,  quotes Grant as saying: “It was my fortune or misfortune, to be called to the office of Chief Executive without any previous political training … I did not want the Presidency, and I have never quite forgiven myself for resigning my commission in the army to accept it…war and politics are different.”

President Grant appointed people he believed had the skills needed to govern, but a number of those people turned out to be dishonest. Grant’s administration is one of the most scandal-ridden in history.

After two terms, Grant sent the leaders in his political party a letter saying that he would not be a candidate for a third term.  Grant’s wife was livid when she found out about that letter.  She loved living in the White House and being First Lady. One writer said that she had to be pried out of the White House like an oyster from its shell.

After leaving the White House, Grant invested in a company that went bankrupt, and he lost all of his savings. He was devastated. Mr. Grant so wanted to leave enough to take care of his wife for the rest of her life. Grant’s friend, the author, Mark Twain, told him to write his memoirs, or an autobiography. Grant decided to do that, but, by that time, he was quite sick with cancer of the throat. A friend let him move to a cottage in the mountains away from the heat and noise of New York City where the Grants were living at that time. Grant went to that cottage, which is now called Grant Cottage State Historic Site on Mount McGregor, Wilton, N.Y., and he worked furiously because he knew that his time was running out.   He finished his book four days before he died. The book was a success and provided enough money for Julia to live comfortably.