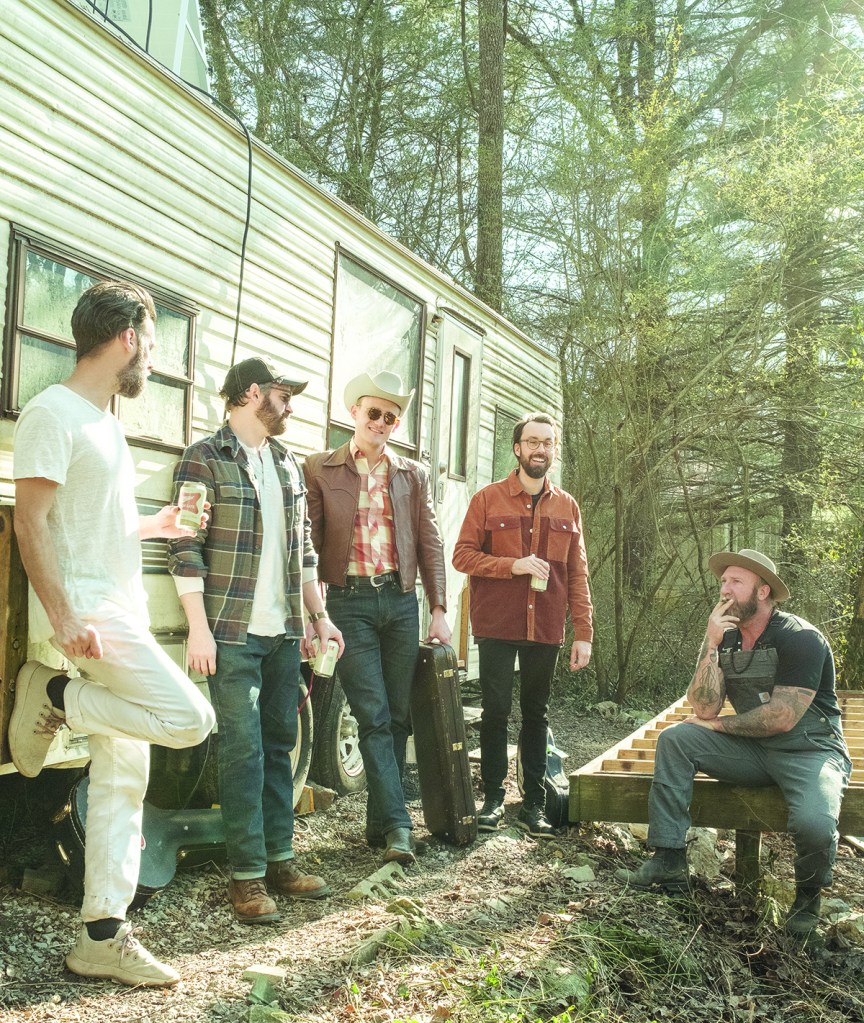 It’s only going to get weirder from there.

The Hogslop String Band performs on the dance stage near the entrance at 4 p.m. Saturday.

They’ll get weirder that night at the Walker Center stage, when they’re hosting the late-night jam.

And on Sunday afternoon, the band from Nashville, Tenn. will grace the Hillside Stage, where according to Hogslop fiddler and singer Kevin Martin, all the crazy stuff happens.

Take that late night jam at MerleFest (An extra ticket is required for this one.). The theme is “The times, they are a-changin’” in reference to 60s and 70s folk and rock music. Hogslop will be joined on stage by other MerleFest performers that night.

At least two folks are likely to be there watching each performance – Martin’s parents.

They took him to his first MerleFest when he was about 12 years old, and he remembers well visiting all of the sites while carrying around a little mandolin he had begged his parents to buy for him.

Martin had listened to some of his father’s “old hillbilly 78s,” and he was hooked – infatuated to hear him describe it.

He got to high school, and one of his friends was a good banjo player, so they started picking together.

Then Martin went to college in Nashville, and started to go to the Five Spot in East Nashville, where he hooked up with other Hogslop members.

“We were all playing together and someone walked in and asked if we could play a square dance,” Martin said. “One of the guys knew how to call a square dance, so we said, yeah, we can do that. Every weekend we would play.”

That morphed into more gigs at bars and bluegrass festivals. Martin, only 18-19 when they started, said he would walk in the back door with his instrument and all was well. One of the other guys would buy his beer.

That morphed into studio sessions, more festivals and gigs across the country and into Europe. They tour extensively from Easter to Halloween.

“I think there has always been a little something with Hogslop that has been difficult to define, we just call it ‘The Magic’. There’s something that just clicks with us, I don’t know if it’s the personalities or the music, or both, but it just clicks.

“We just play the songs we love, it doesn’t have to be traditional (Martin’s last listen before this interview was George Jones.). We play music that grabs ahold of you and makes you dance, makes you want to sing along. We’re a high energy band.”

They perform original music, as well as some classics from several genres.  Pedal steel guitar virtuoso Lloyd Green and fiddler extraordinaire Doug Kershaw (“all around weirdo”) have performed with the band.

Martin recollected his early years of going to MerleFest, first with his parents and now for the second time as a member of The Hogslop String Band. “I remember the Hillside Stage, the crazy stuff that happens there.

“My parents were here last year. Boy, were they proud.”

According to the band’s bio:

“Staying true to tradition while maintaining a bold irreverence is something that rarely goes hand-in-hand. But Hogslop String Band manages to walk that line, with their roots in old-time string band music, and their energy based in wild rock-and-roll, you could almost call them punk purists.

“They thrive on crossing genres, casting off the confines of straight old-time and bluegrass, delving into a deep repertoire of rock, folk, psychedelic, and original numbers that can only be described as, ‘The Hogslop Sound.’ It’s clear that these boys are going places, and they’ve quickly become one of the most unique and exhilarating outfits on the scene today. ‘It only gets weirder from here,’ they often say from stage. They’re not kidding.”

Visit merlefest.org for tickets or more specific information about the four-day festival in Wilkesboro.